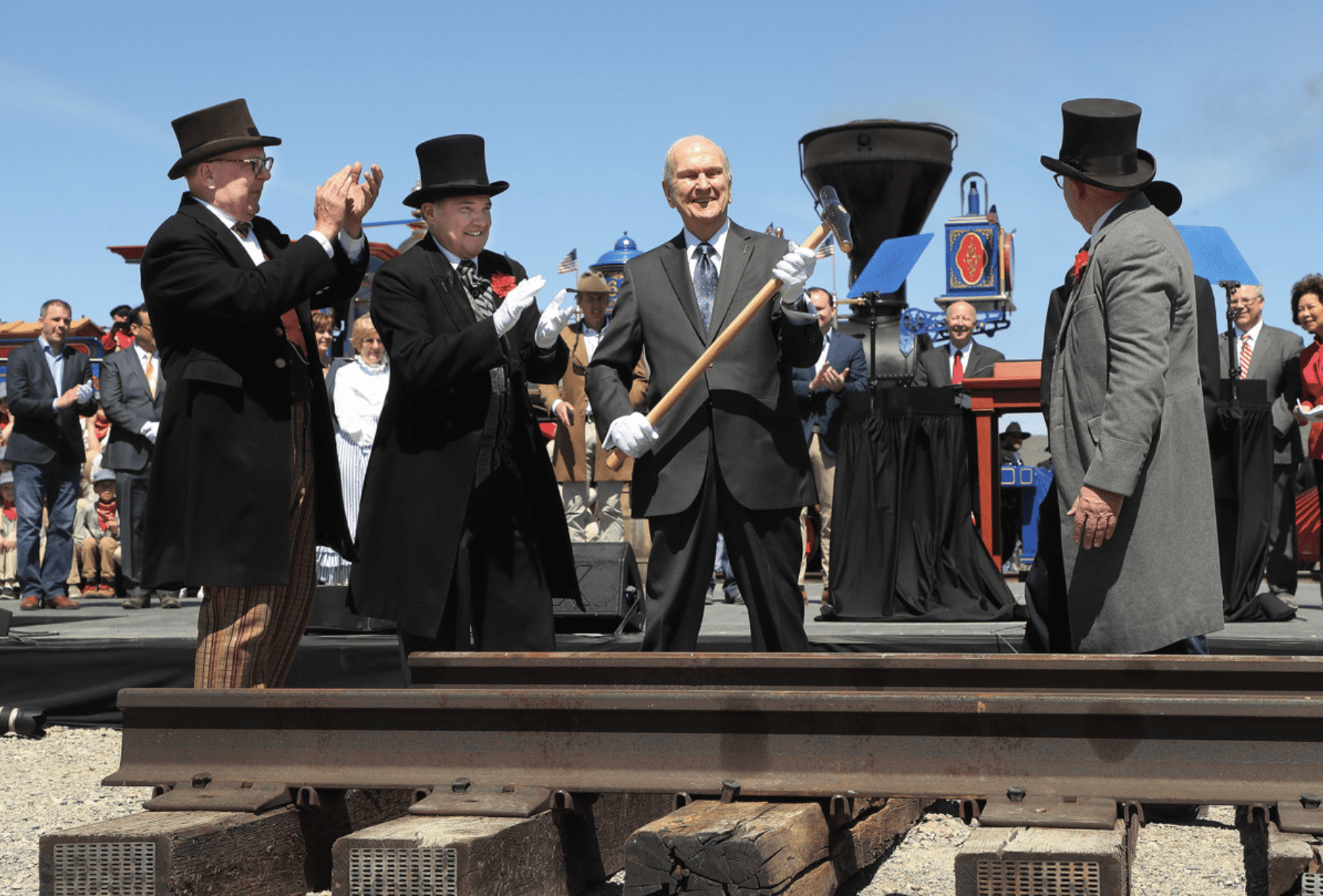 President Brigham Young bought five of the original 31 shares of the Union Pacific Railroad, at $1,000 each, for The Church of Jesus Christ of Latter-day Saints when the Union Pacific was organized in the 1860s to build a railroad west from Council Bluffs, Iowa.

On Friday, his successor, President Russell M. Nelson, stood under a brilliant blue Utah desert sky at the Crossroads of the West, where the tracks of the Union Pacific and Central Pacific met 150 years ago today. He called the transcontinental railroad “a gargantuan accomplishment” that proved that diverse people could transform and unite a nation. Originally segregated and mistrusting, some 15,000 Chinese, thousands more Irish and 4,000 Latter-day Saints eventually came to work well together. Each group was made up of refugees and outcasts who ultimately were responsible for uniting east and west.

“These hardy laborers achieved a oneness that can guide us as a people to move forward to fulfill God’s plan for this nation, the world and all of his children,” President Nelson said as a blustery canyon winds fed a late morning chill during the Golden Spike Sesquicentennial celebration.

President Nelson stood in front of working replicas of the legendary locomotives Jupiter and No. 119, which arrived earlier belching steam and smoke and blowing horns. He displayed the iron spike Brigham Young commissioned upon completion of the Ogden-Salt Lake City railroad line inscribed with the phrase that resides on temples: “Holiness to the Lord.”