Power? You Likely Have More Than You Think | Meridian Magazine 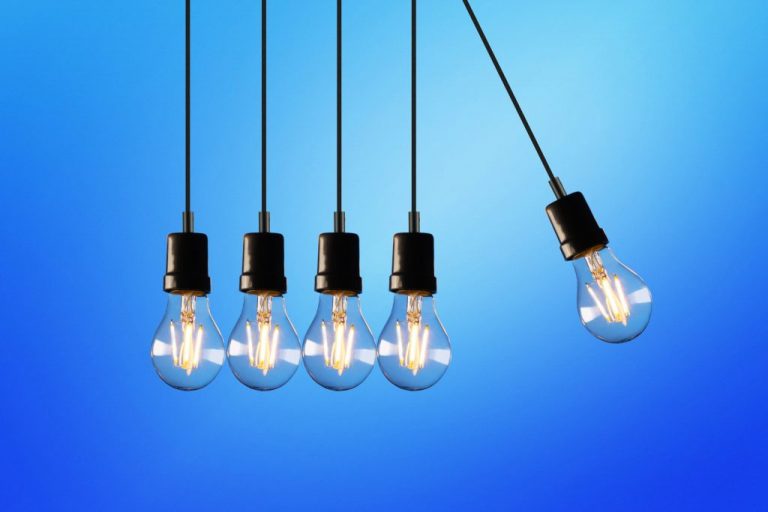 Power? You Likely Have More Than You Think

In this age—and every age—“power” seems to be at the center of politics, social movements, commerce, finance, education, and virtually every other facet of our civilization.

As the saying goes—power is neither good nor evil, but its user makes it so.

Julie Battilana and Tiziana Casciaro certainly embrace that view, and they’ve invested much of their careers studying the use and abuse of power. Julie teaches organizational behavior and social innovation at the Harvard Business School, and Tiziana teaches the same at the University of Toronto. Their new book is Power for All: How It Really Works and Why It’s Everyone’s Business.

A bottomline conclusion in their research is that if we don’t use our power, someone else will. And as global crises pervade, it’s our collective responsibility to demand accountability of people in power.

By getting answers to the right questions, the authors say, it’s possible to determine exactly who has influence and why, and then “map” the power to bring about enduring shifts in our workplaces, industries, and society at large.

Their insights can help put power in its rightful place—with everyone.

Rodger Dean Duncan: In the context of human behaviors, how do you define power?

Julie Battilana: Power is the ability to influence others’ behavior, be it through persuasion or coercion.

But defining power is not enough to understand it. The next critical question is: Where does power come from? Power derives from controlling access to resources others value. I have power over you if I have something you need or want and you have few alternatives to me to get it. Conversely, you have power over me if you control access to resources that I value. You may control access to a budget that I need for a project, or you may be connected to people I need to be introduced to because they have the expertise I lack to complete an important project. If so, you certainly have some power over me. It is then up to you to decide how to use this power. You may choose not to use it, or use it to advance your own goal, or to empower me and enable me to succeed.

Duncan: What do you see as the most common misconceptions about power?

Tiziana Casciaro: The first myth is that power is a “thing” someone possesses and that there are special traits that give power to some people and not to others. But power is always relative. You may have great influence in one relationship and be completely dependent in another.

Second, people confuse power with authority. When we ask about individuals they consider powerful, the vast majority mention people high up in a formal hierarchy, CEOs, presidents and bosses of different stripes. But authority is not a guarantee of power, and you don’t need to be high in the hierarchy to have power.

For example, we find that the most effective changemakers in organizations are not necessarily people at the top of the formal chart, but instead those whom others go to for advice, who have a great informal network that gives them access to unique knowledge and opportunity.

The third fallacy is that power is a dirty business that you should avoid so you don’t get sullied by it. But power isn’t intrinsically good or bad. And contrary to popular belief, it doesn’t have to be acquired via manipulation or cruelty. The dirtiness is not in power itself, but in us. It’s up to us to decide how to acquire power and for what purposes to use it.

Duncan: How do those misconceptions affect people’s ability to control their own lives and influence others in getting things done?

Battilana: The three fallacies have dangerous consequences. Individually, they limit our ability to take control over our own lives. When we fail to understand power, we can’t have the impact we aspire to have, and our frustration often leads us to disengage from power. But in turning our back on power, we let those who have it accumulate ever more, with consequences for all of us collectively. Stuck in our beliefs about power, we become less likely to identify, prevent or stop abuses of power that threaten our freedoms and well-being. Dictators around the globe have made use of this playbook time and time again.

The good news is that no matter how entrenched these misconceptions may be, power can be learned. And once you understand what power really is and how it works, you can do something about it, both as an individual and by joining forces with others.

Duncan: You say acquiring power means “acquiring the capacity to take action and effect change.” In the absence of organizational title or position, how does one acquire that capacity?

Casciaro: When you build a power map to identify who has power in a setting and who doesn’t, you must be wary of equating rank with power. Rather, what you need to do is answer two questions (and two only): What do people value in that setting? And, who controls access to what they value? This control may have little to do with authority. Even without a high organizational title or position, you can build power in an organization by controlling valuable resources.

Note that people don’t value only material possessions, like a big bonus or a big promotion. We also value psychological resources—belonging and supportive relationships, a feeling of competence, a sense of autonomy, and a view of ourselves as morally upright, all of which feed our basic needs for safety and self-esteem. We tell the story of a newly-minted MBA with no formal authority who utterly transformed the well-being of agents in his company’s calls centers—and with it, their performance—not with monetary rewards he had no control over, but by understanding the agents’ deepest psychological needs and creatively finding ways to fulfill them with big and small changes to their work environment. It’s a magnificent story of power exercised for good, and without authority.

Duncan: There’s no doubt that power intoxicates some people. Why is that?

Battilana: This question brings us straight to Dr. Vera Cordeiro, one of the 100-plus people we interviewed for our research. Vera is the founder of the DARA Institute in Rio de Janeiro, an organization that advances kids’ health in disadvantaged communities by tackling the root of the problem: poverty. After a few years of hard work, Vera’s organization became one of the most well-regarded NGOs in Brazil, with awards and accolades rolling in. As the organization’s profile grew, so did Vera’s. She started attending the World Economic Forum in Davos as well as many other high profile public events to build her network further in service of DARA Institute.

Vera’s family and colleagues started noticing a change in her. Colleagues told her she was always interrupting them and didn’t let them speak their mind enough in meetings. Her adult daughter questioned her about why she seemed to care so much about attending award ceremonies.

Vera’s transformation illustrates two well-documented pernicious effects of power on our psychology—hubris and self-focus. In lab experiments, participants who are made to feel powerful are more likely to demonstrate excessive pride and self-confidence, and they are less adept at discerning others’ emotional states. If that’s what thinking about power for a few minutes can do, imagine the implications of having power for years.

The feedback Vera received from her colleagues and family made her pause. It served as a wake-up call that something had to change.

Duncan: What role can empathy and humility play in the effective use of power?

Casciaro: Exercising power while avoiding its pitfalls depends on cultivating humility as an antidote to hubris and empathy as an antidote to self-focus. These qualities increase one’s openness to learning and altruism, two key ingredients for using power for a collective purpose that transcends a leader’s self-interest.

The cultivation of empathy and humility is both a matter of personal development and of structural design. Vera pursued both strategies. She took up meditation to develop an awareness of her interdependence with others and her impermanence as the foundations for greater empathy and humility. She also knew that personal development isn’t enough—there is only so much self-awareness we can rely on. Structural safeguards to ensure power sharing and accountability are also necessary. So, Vera designed structural limits to her power. She established a protocol giving everyone equal speaking time during team meetings and made a public commitment not to interrupt others.

Leaders must recognize that they can’t lead others if they don’t engage in their own personal development, and that structural checks on their power are necessary and beneficial.