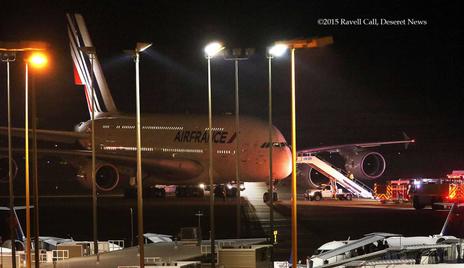 A bomb threat called into an Air France flight from Los Angeles to Paris caused the plane to be diverted Tuesday evening to Salt Lake City International Airport, an airport official confirmed.

The bomb threat was “phoned into the plane,” Shreeve said, though she didn’t immediately know whether that meant the threat reached the flight crew, a control tower or another destination.

FBI agents, airport police and other agencies were conducting an investigation on the plane Tuesday evening, Shreeve said. The investigation was expected to take several hours, she added.