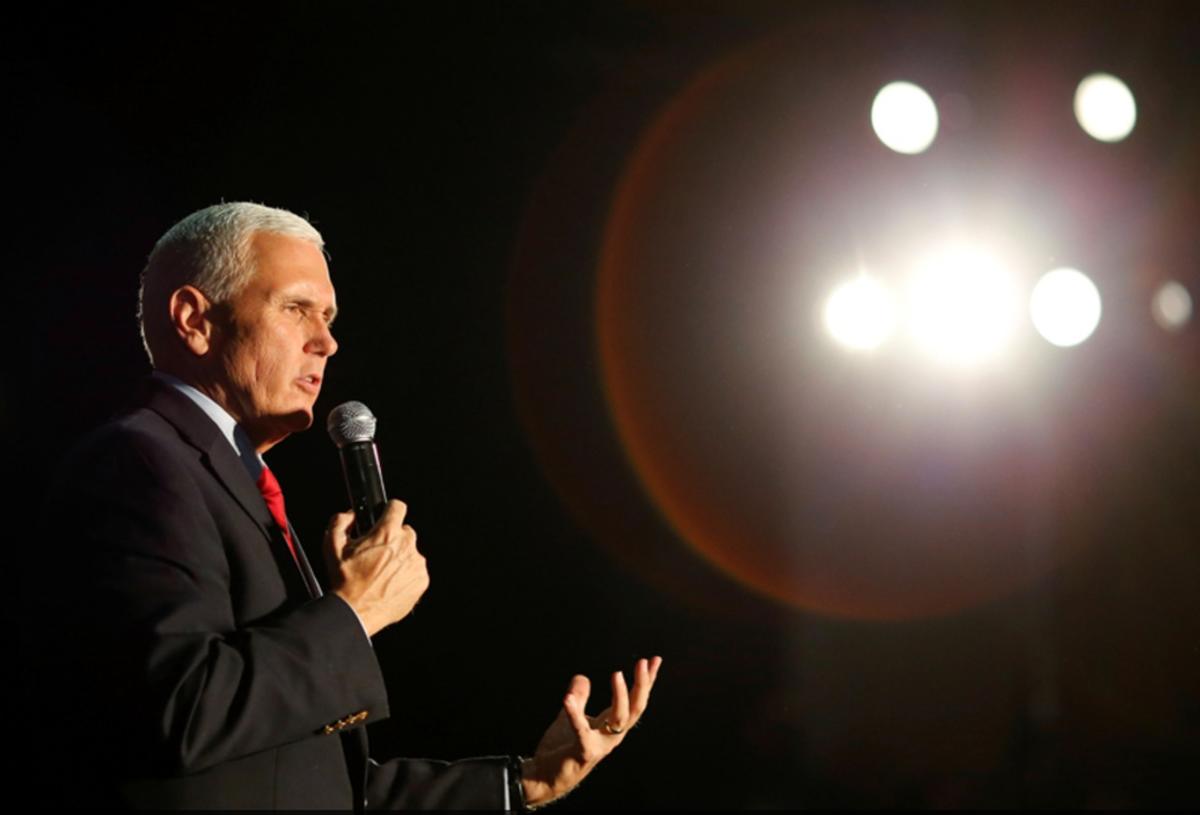 Pence Defends Trump as a Champion of Family Values

WASHINGTON — Vice President Mike Pence — a onetime altar boy who became an evangelical Protestant — proclaimed President Trump a faithful supporter of Catholic values at the National Catholic Prayer Breakfast, an event that sought to set aside any friction between the president and the pope.

“Let me promise all of you, this administration hears you. This president stands with you,” Pence said to the 1,300 gathered.

Pence’s address at the annual breakfast Tuesday (June 6) took place less than two weeks after Pope Francis received Trump at the Vatican, where the president was strongly urged — unsuccessfully — to keep the U.S. commitment to the Paris climate accords.

The pope and Trump have also clashed on immigration and refugees; during last year’s presidential campaign, Francis even seemed to question whether Trump was a Christian.

But Pence told the breakfast crowd that Trump is a leader for the issues they care about most: protection of the unborn, religious freedom and Christians suffering for their faith in the Middle East.

“Our administration is fully committed to bringing relief and comfort to believers in that ancient land, and under President Donald Trump, America will continue to condemn persecution of any faith in any place at any time. We will confront it with all of our might.”

Terrorists, he added, seem to “harbor a special hatred for the followers of Christ.”

On abortion, Pence said to extended applause: “I couldn’t be more proud to serve as vice president to a president who stands without apology for the sanctity of human life. Since day one of this administration, President Donald Trump has been keeping his promise to stand for life, and life is winning in America again.”

Pence, noted, among other policy changes, Trump’s blocking of federal funds to nonprofits abroad that provide abortions, and his signing of a law that gives states the right to deny funding to Planned Parenthood, the women’s health care nonprofit that provides abortions.

You cannot transform Donald Trump into the champion of family values. The way in which he treated his first and second wives screams too loudly. He was an adulterer. He cheated with his second wife while married to his first. He married his second wife after the birth of their child. He then divorced her. He bragged about sexually assaulting women. He bragged about having sex with married women. He objectifies women. What part of any of this supports family values or the concerns of Christians? Unfortunately VP Pence is in a terrible place, but one he knowingly chose. He is trying to push back facts with rhetoric. Too bad the facts keep popping back up again.