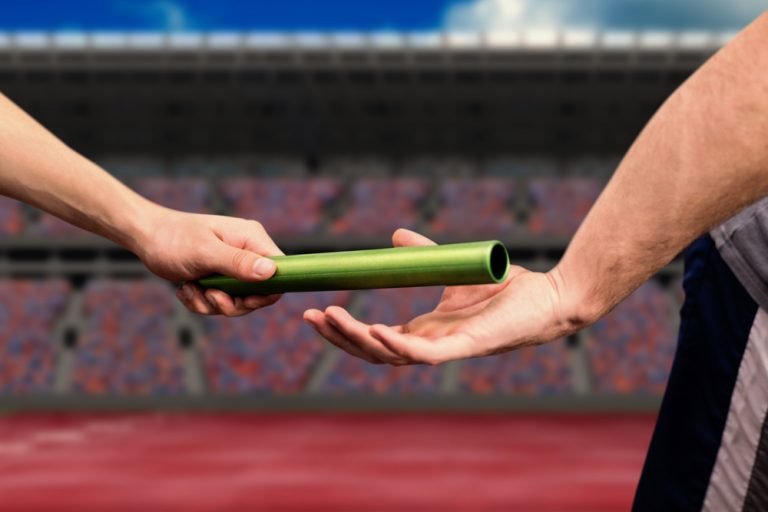 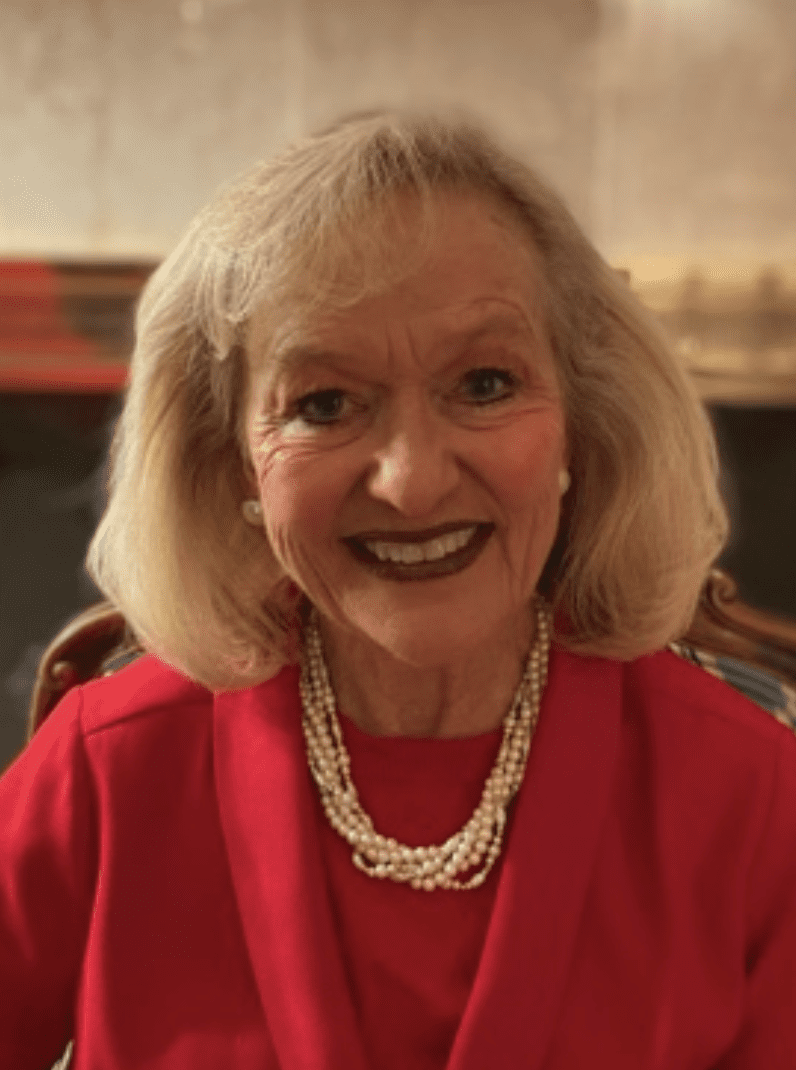 After having rounded the bend on yet another decade of living, I find I am increasingly standing on the sidelines or sitting in the stands applauding races run by grandchildren. I love the coveted opportunity both to celebrate their victories and to seek to help them find meaning in their defeats. The occasional trophies are beautiful; the more frequent times they go home empty-handed are also beautiful as opportunities to learn something from disappointment, and to make plans hoping for different outcomes going forward.

I’ve never personally competed in a competitive relay race as a track team member, but the artfulness of that event and the persistence of the metaphor intrigue me. I’m fascinated by the finesse of a good relay runner who passes a literal baton to his teammate with great precision as he finishes his lap and hands a literal implement to his teammate as the second runner begins a new one.

A comparison of a successful runner’s baton passing strategies with the task of passing on jobs and responsibility to another person or another generation may be helpful for increasing the success of our figurative baton passes.

1. Run Your Own Lap Well

A second runner benefits tremendously from any head start the first runner provides him for two reasons. First, the example set is powerfully instructive and motivational. My father used to playfully but wisely say with his tongue firmly in his cheek, “Even the worst of us can serve as a bad example.” While that clever coined aphorism is certainly true, whatever good example we might muster is better still.

Additionally, a first runner who achieves a lead to pass on to the following one offers that second runner a meaningful inheritance. I smiled as I hugged a triumphant grandson when he ran to me dripping wet from the pool after swimming his lap of a relay race. His team had indeed won the race, and he had had the great pleasure of swimming the final lap. What he didn’t immediately acknowledge was that he had inherited a substantial lead from the three previous swimmers. They had swum their laps so well that he had an enormous advantage. Any swimmer, runner, teacher, or parent who wants to increase the probability of success for those who follow, will run his own lap well in every possible sense.

2. Pay Careful Attention to the Hand-off

Tutorials for relay runners offer detailed advice for executing successful hand-offs. Races are won and lost by careful or careless baton passes. Those passes need to be studied by observing both successful and unsuccessful other runners again and again to learn from both best practices and mistakes. They need to be planned for and practiced, never taken for granted.

I listened with admiration as a departing missionary shared his enthusiasm and faith in a sacrament meeting talk recently. The vision and maturity with which he addressed what he expected to encounter on his mission was impressive. He shared how he planned to build a relationship with his companion if the synergy between them wasn’t automatic, what strategies he had in mind for accomplishing his missionary purpose if he couldn’t knock on doors, and what he intended to do to build relationships with local members. Obviously, someone in that young man’s life had talked with him – probably again and again – about the dramatic baton pass he was about to experience in his race. He was well prepared.

Besides details about the position of the hands of both runners and the fingers with which to grip the baton, racers are told emphatically that both runners should be running as fast as they can until the hand off is complete. The baton pass isn’t a quick one-and-done – not a hand-off by a passive, barely-moving teammate. It is an energetic engagement requiring fast paced effort by both parties.

Our middle daughter discovered as a young mother that she loved to run. She became quickly so adept at her newfound sport that she ran a marathon and, against all odds, actually qualified for the Boston Marathon. I attribute that early successful run partly to a wise and wonderful friend of hers who staged a very successful baton pass. That friend was an experienced marathoner. She knew something about hitting the proverbial wall. Determined to help her less experienced running pal avoid that potential pitfall, the experienced runner surprised our daughter by joining her at the spot that was likely to be especially hard, like a baton pass. She ran beside her for a significant distance, offering her encouragement and pacing. When she peeled off, our triumphant daughter looked up to see the crowd and the finish line. She thanked her wise friend for a successful baton pass leading to a successful race.

A baton pass would never occur if the first runner couldn’t bear to part with the baton. Sometimes, perhaps in an attempt to save another from potential risk or failure, or as a result of our own discomfort with stepping to the side of the track because we so love to run, we struggle or hesitate letting go of the baton, even when the time is right. We resist taking a seat in the bleachers instead of pressing on front and center. Occasionally, that resistance makes it difficult to exit a calling with grace, or to celebrate a child’s wedding day without almost as much sense of loss as gain. Sometimes it’s hard to send a child off to kindergarten when we know she may fall down on the playground or get her feelings hurt by other children. Growth involves risk. Baton passes are fraught with risk, but life is intended to be a relay race, with each runner running his lap, then generously and skillfully passing the baton on to the next runner to run his own lap, in his own way, risks and all.

Good baton passers are like “guides on the side, not sages on the stage.” They do all they can to facilitate successful hand-offs, but ultimately, they must let go to allow the next runners to find their own strides.

President Oaks said, “Study and reason can find the truth, but only revelation can confirm it.” We can do much to assist young runners to find truth, but ultimately, they must connect personally with heaven to receive the revelation they need to confirm that truth, making it their own. We can teach and coach and even run alongside them for a time, but eventually they must assume the privilege of and the responsibility for their own run.

4. Keep Cheering for Other Runners, Even When the Baton Pass is Complete

Even though I mostly stand on the sidelines or sit in the bleachers while the grandkids I adore do the sweating and straining on the frontlines of their contests, I will never stop cheering for them in enthusiastic, whole-hearted ways. I will applaud loudly, I will care deeply, I will pray mightily. I will do everything I can think to do to carefully pass every worthy baton to those capable next generation-ers. I can’t run their races for them, but I can offer the best of who I am to assure that they never feel alone or unloved. They are the promising hope of the future. And the future is bright.

I always enjoy anything written by Kathy Clayton! Thank you Kathy!