Our Heavenly Father Wants Us to Choose Him | Meridian Magazine 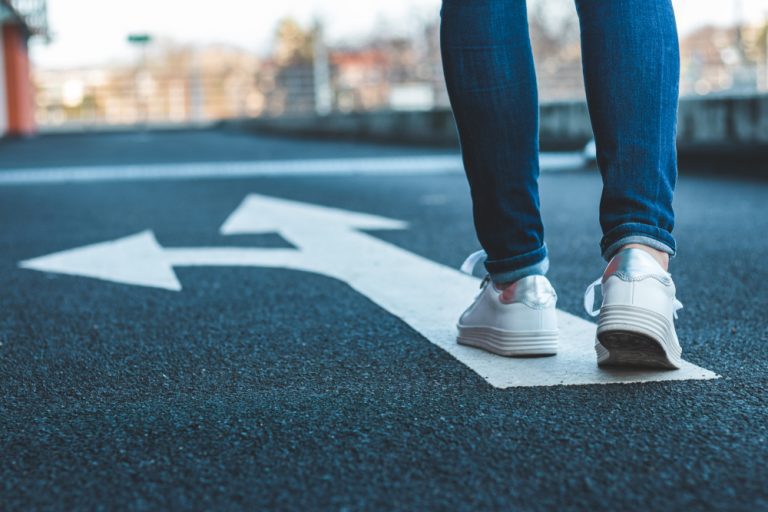 Our Heavenly Father Wants Us to Choose Him

God, our Father, gave us the gift of agency because He wants us, His children, to choose to return to Him, to choose to come when He calls, to choose to follow His Son. Lehi taught we are free to choose: righteousness or wickedness, holiness or misery, good or bad, life or death, incorruption or corruption, happiness or misery, sense or insensibility, the fruit of the tree of life or the forbidden fruit, sweet or bitter (2 Nephi 2:11, 15). If there were no opposites, we could not act for ourselves.

Said Lehi: “Man could not act for himself save it should be that he was enticed by the one or the other (2 Nephi 2:16).” “Enticed,” in today’s vernacular, has the connotation of evil, being tempted, lured, or seduced. Satan entices and tempts with addictive substances, immoral behaviors, and criminal activities. Heavenly Father invites and encourages with words of living prophets and scriptures that teach His great and eternal plan of salvation.

Agency is one of our most precious possessions. Agency used wisely ultimately brings happiness, confidence, self-respect, opportunity, trust, and love. Using agency unwisely ultimately is slavery, bondage to “that angel who fell from before the presence of the Eternal God, and became the devil” (1 Nephi 9:8). Lehi summarized: “The Messiah cometh in the fulness of time, that he may redeem the children of men from the fall. And because that they are redeemed from the fall, they have become free forever, knowing good from evil: to act for themselves and not be acted upon” (2 Nephi 2:26).

Nations as well as individuals can choose or lose agency. When you have enjoyed national freedoms all of your life, thoughts of living without those freedoms seldom surface, that is, until those freedoms are threatened. My father would tell me every year on December sixth, where he was and what he was doing when he heard the news of the bombing of Pearl Harbor on December 7, 1941. In like fashion, I remember where I was and the emotions I felt when President John F. Kennedy was assassinated. Still fresh in my mind are the events of that fateful morning of September 11, 2001 when the twin towers in New York City collapsed after being hit by hijacked planes.

These moments become markers by which the rest of life is defined and divided. In an instant, suddenly, the normal duties and cares of the day disappear as fear for personal and national safety capture every thought. This can happen to a slight degree vicariously. I remember being in the Holocaust Museum in Washington D.C., descending deeper and deeper into the museum floor by floor. At some point I wanted to shout, “How did we let this happen?” I felt I was suffocating and had to leave the museum.

Agency is embedded in “life, liberty, and the pursuit of happiness” and in “according to the dictates of conscience,” two phrases from Samuel Adams 1772 treatise: “The Rights of Men.” Adams, speaking of national freedom, said liberty is a gift from Heaven that comes at a price: “He therefore is the truest friend to the Liberty of his country who tries most to promote its virtue…. The sum of all is, if we would most truly enjoy this gift of Heaven, let us become a virtuous people.…” Benjamin Franklin put it this way: “Only a virtuous people are capable of freedom. As nations become more corrupt and vicious, they have more need of masters.” If as citizens we fail to govern ourselves, we will progressively lose more and more rights to act for ourselves. At some point, the portion of the populace that has maintained its integrity will want to yell as I did in the Holocaust Museum, “How did we let this happen?”

Jude, one of Jesus Christ’s original Apostles, gave examples of those who have used their agency unwisely: “clouds… without water… carried about of winds; trees whose fruit withereth, without fruit, twice dead, plucked up by the roots; raging waves of the sea, foaming out their own shame; wandering stars, to whom is reserved the blackness of darkness forever” (Jude 1:12-13). A latter-day Apostle, Elder Robert D. Hales, confirmed that when agency is limited or lost, “we will lose the confidence and ability to act. We will be ‘walking in darkness at noon-day’ (D&C 95:6)” (https://www.churchofjesuschrist.org/study/general-conference/2006/04/to-act-for-ourselves-the-gift-and-blessings-of-agency?lang=eng

I witnessed the consequence of the unwise use of agency. My daughter who lives in southern California and I were driving home from a shopping trip to Las Americas Premium Outlet at the last exit in the United States before entering Mexico. We were chatting about the bargains we’d found when all the cars in all the lanes on the freeway slowed abruptly. We assumed there had been an accident. Soon, however, we saw that border patrol guards had formed a barrier across the freeway, forcing every vehicle to stop. Some people were standing outside their cars, watching as their cars were searched; others were allowed to continue on to their destinations. As we inched closer to the unfolding scene, we saw two male occupants of a car ordered out of their vehicle, told to lie on the ground, and were handcuffed. While this was happening, other officers and a drug-sniffing dog searched the car. I watched the guards rummage through the men’s possessions, take evidence, push the car to the shoulder of the freeway, and put the handcuffed men into a patrol car. Moments before, the two men were free to come and go at will. Now they had lost a significant portion of their liberty.

When you make poor choices, such as smuggling drugs across an international border, you lose the gift of choice and are acted upon. But, of course, it wasn’t the border patrol who took away the drug-smugglers’ agency; it was the smugglers’ themselves. The border patrolmen just enforced the consequences of the smugglers’ unwise use of agency. Cause and effect is a true law of God and man. You choose your actions but can’t choose the consequences.

Heavenly Father wants us to choose to return to him. Nicholas is a bird trainer and performs with his birds. On his website, he said: “I train with positive reinforcement and love, building trust with all of my birds.” That relationship of trust is essential because Nicholas knows his free-flight birds can fly away at any time. Nicholas loves and takes good care of them so they will fly home to him at the end of each training session and show.

Heavenly Father wants us to come when He calls. A few years ago, I was in rural Idaho with nothing to do for a couple of hours except bind a quilt and look out over several farms. As I sewed, I watched farmers harvesting with high-tech machines. I listened to the birds singing their mid-day melodies. In the field closest to me, three powerful-looking horses munched tufts of grass but mostly just stood, seemingly enjoying the reverie with me. Then I heard a whistle—the kind of whistle you make with a couple of fingers in your mouth. In response, without hesitation or delay, the horses galloped to their master.

Heavenly Father wants us to follow His Son. Our family had a picnic in a secluded canyon accessed by a dirt road with steep switchbacks. The party ended when it grew dark. Only a few family members remained to load the cars and put out the fires. With the fires out, it was very dark. Only a few stars lit the path. I was afraid to be the lead car down the dark canyon and asked my son, “May I follow you?” He kindly led the way to the mouth of the canyon, where there is a ranger station at which you pay a fee. He stopped at the fee station then waved good-bye to me out of the window. When I stopped to pay, the ranger said, “The gentleman you were following paid for you.”

In this way, we can return to our Father in Heaven by following His Son, whose example leads us through the dark switchbacks of life. At a future time, you will approach the gates of heaven. You will stop at a station and know there are requirements to be paid before you can proceed. You will look at the Keeper of the Gate and be privileged to recognize Him as the Gentleman you have endeavored to follow. You will hear Him say, “Father, I paid for her.”

“The keeper of the gate is the Holy One of Israel; and he employeth no servant there” (2 Nephi 9:41).

This article pierced my heart! How glad I am that I am striving to live on the covenant path and strive to hear him. The consequences are huge when. I don't.

I wept when I read the words, “Father, I paid for her.”