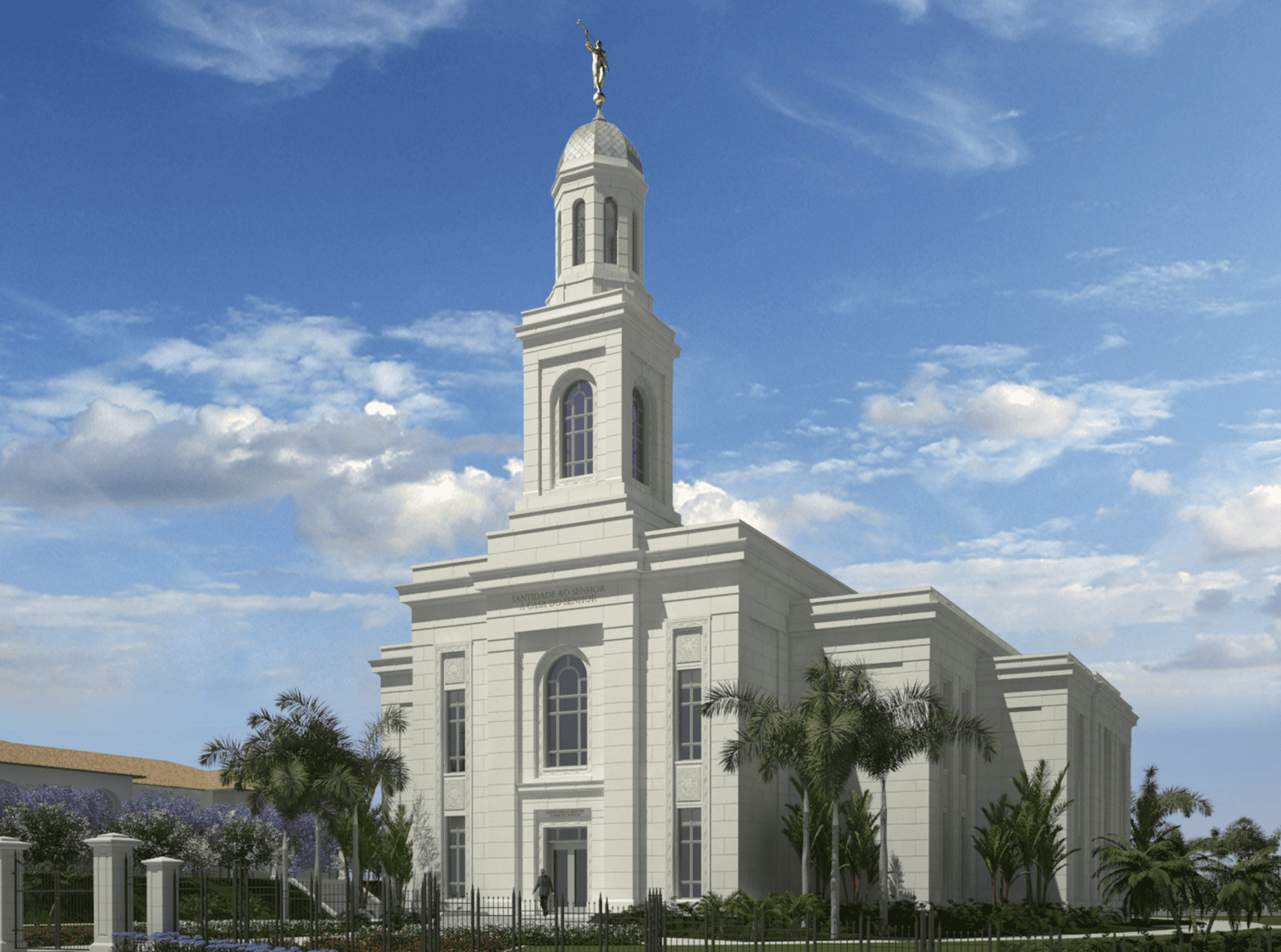 The First Presidency of The Church of Jesus Christ of Latter-day Saints announced dates for the opening of Brazil’s seventh temple and the 165th temple in the world. The open house for the Fortaleza Brazil Temple is scheduled for April 27 through May 18, 2019. The temple will be dedicated Sunday, June 2, and a devotional for the youth is the day before on June 1.

The temple was first announced by then President Thomas S. Monson in October 2009. The groundbreaking was held November 11, 2011, at the temple site located at Avenida Santos Dumont in Fortaleza, Ceará, Brazil.

The Church has been in Brazil since 1929 and currently has over 1.3 million members spread throughout more than 2,000 congregations in the country.

Other Latter-day Saint temples in Brazil are located in Campinas, Curitiba, Manaus, Porto Alegre, Recife and São Paulo. Additional temples have been announced or are under construction in Belém, Brasília, Rio de Janeiro and Salvador.

Latter-day Saint temples differ from meetinghouses or chapels where members meet for Sunday worship services. Temples are considered “houses of the Lord” where Jesus Christ’s teachings are reaffirmed through baptism and other ordinances that unite families for eternity. In the temple, Church members learn more about the purpose of life and make covenants to follow Jesus Christ and serve their fellow man.