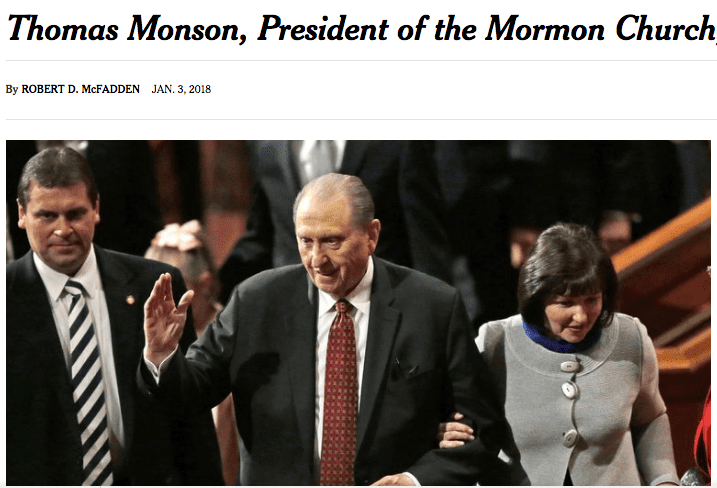 On the New York Times Obituary for President Monson

The New York Times has known for at least a decade that one day they would be publishing an obituary of Thomas S. Monson. My understanding is that the standard journalistic practice is to draft obituaries of significant public figures in advance, updating them periodically, so that they only need finishing touches rather than a full research process when they are needed.

As a non-mormon but a christian,it is always difficult but praiseworthy to turn the other cheek.