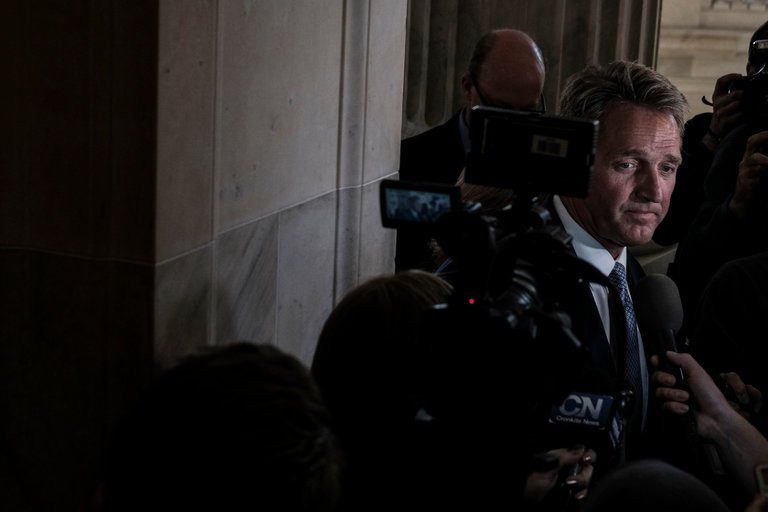 The following is excerpted from an article in the New York Times. Meridian Magazine is sharing this article as a reflection of the effect of the LDS faith on one politician’s choices, particularly as it is viewed by a non-LDS news source. It is not an attempt to promote any specific political viewpoint.

As a child growing up in Snowflake, Ariz., a town that his Mormon pioneer great-great-grandfather helped found in the 1870s, Senator Jeff Flake learned to sing a popular children’s hymn, “Choose the Right.”

He had no trouble recalling the hymn’s words on the telephone Wednesday, a day after he took to the floor of the Senate to deliver a stinging rebuke to his party and president, and to announce that he would not run for re-election in 2018.

His decision was political and pragmatic, he acknowledged: he faced a tough primary battle and trailed in the polls. But his revulsion at President Trump also appeared to reflect his Mormon faith. It is a faith that puts a premium on decorum and comity, one that was born in America but is increasingly international and multicultural, and one whose young people often wear rings engraved “CTR” as a reminder of the hymn, which begins, “Choose the right when a choice is placed before you.”

“We are taught that we ought to stand up for what we know is right, and also to be decent,” Mr. Flake said in the telephone interview. “I hope I’m acting on the faith that I believe in.”

I would like to thank Mr. Flake for exemplifying what we believe in. The NYT article illustrated what I believe was his sincere intention to recapture civil discourse in our society. Defaming people is more popular than truth-telling.

I, along with many others, cannot help but feel that this announcement from Jeff Flake would have been much more beneficial had it come during the ultra-liberal epoch known as the Obama era. While the previous President (Obama) may not have been as outwardly repulsive, still by his actions, the "WOLF in sheep's clothes" couldn't have been inwardly more destructive. I, for one, will take Trump's outward repulsiveness over Obama's hidden agendas any day of the week.