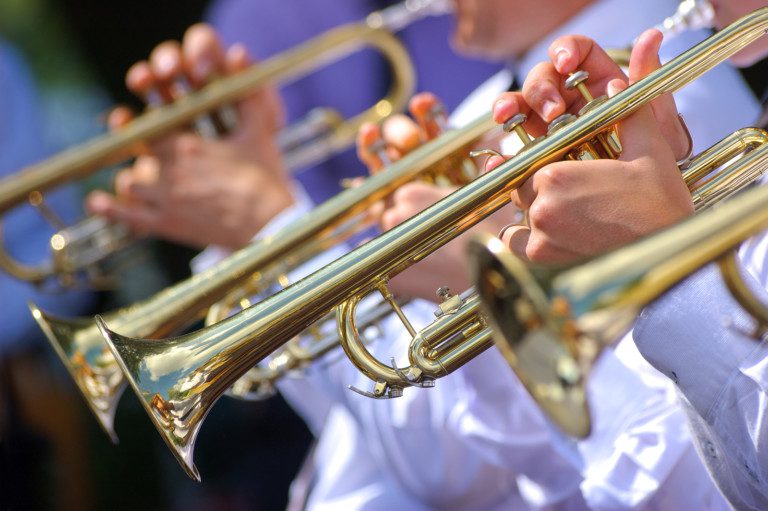 It was the first of November, and band season was almost over. Tyson was sitting on the bus reading when he first heard about the party. A group of the most popular band girls were putting it together. He watched as one girl started passing out invitations at the front of the bus, and one girl started at the back. When the girls approached the middle of the bus where he sat, they handed out the invitations more and more discretely.

Soon they were at his seat and had given an invitation to everyone else. He waited and hoped, but the invitation didn’t come. The girls instead returned to their seats at the back of the bus. He continued to pretend to read, but he couldn’t miss the girls’ conversation.

“Did you give an invitation to Tyson?” a girl named Shanae asked.

Tyson felt Shanae was the nicest of all of the girls. She didn’t run away from him as much as the others and would sometimes even say hi. But he knew she couldn’t be too friendly or the others would make fun of her.

One of the girls who had passed out invitations laughed at Shanae’s question. “Are you kidding? He wouldn’t know how to have fun if a computer wasn’t involved.”

Tyson tried to read; tried to pretend it didn’t matter. But it did.

On the next bus trip, something else happened that surprised him. Shanae was crying. He again pretended to read as he listened.

“It’s true,” Shanae said through her tears. “Those balls on the bus ceiling are cameras.”

“You mean that every time we changed on the back of the bus, the cameras filmed us?” another girl asked.

Shanae nodded. “I talked to the school security, and they said the cameras recorded us. But they refused to delete the recordings, saying they might need them in case any questions of improper events on the bus arise.”

Tyson hadn’t realized the girls had been changing when they had sent the boys to the front. He had assumed they wanted to talk about girl things. He thought about the party and told himself the girls deserved it. But he realized that he was still part of the band, and it was his band. He felt some anger at the security personnel for not deleting the videos.

For the next couple of days, Tyson worked every second he could on the problem. He even spent his lunch hours on it. He knew no one would miss him. Eventually, he found what he needed and completed what he set out to do.

The morning of the last band performance, he walked into the band room and handed Shanae a note. He walked away, but stayed close enough to hear the girls’ reaction as Shanae read it to the others. It said, “The videos from the bus surveillance are erased.”

One girl gasped. “Do you think it’s possible?”

The girls then set out to find out.

After they boarded the bus that afternoon, Tyson again listened as they talked.

“When I asked the security officer if the videos were erased, he just laughed,” one girl said. “But he tried to look them up, and they were gone. He accused me of hacking them, but he had no proof.”

Tyson looked out of the corner of his eye from behind his book and could see the girls all turn and look at him.

After a pause, Shanae stood. “Tyson’s a lot better friend to us than we are to him,” she said.

She walked to where he was sitting. The other girls followed, and they all smiled at him. “Thanks, Tyson,” Shanae said, and the others voiced their agreement.

And he never missed receiving an invitation to a band party again.

Your post I always look for first-- love them. I totally agree with Sharon Taufer's comments-- thank you.

I read every one of your posts. They are heart warming and teach such a wonderful lesson about life and the need to treat everyone as a child of God. I cry at some and laugh at some, but I always get such great insight into whatever idea your story teaches. Thank you for sharing.