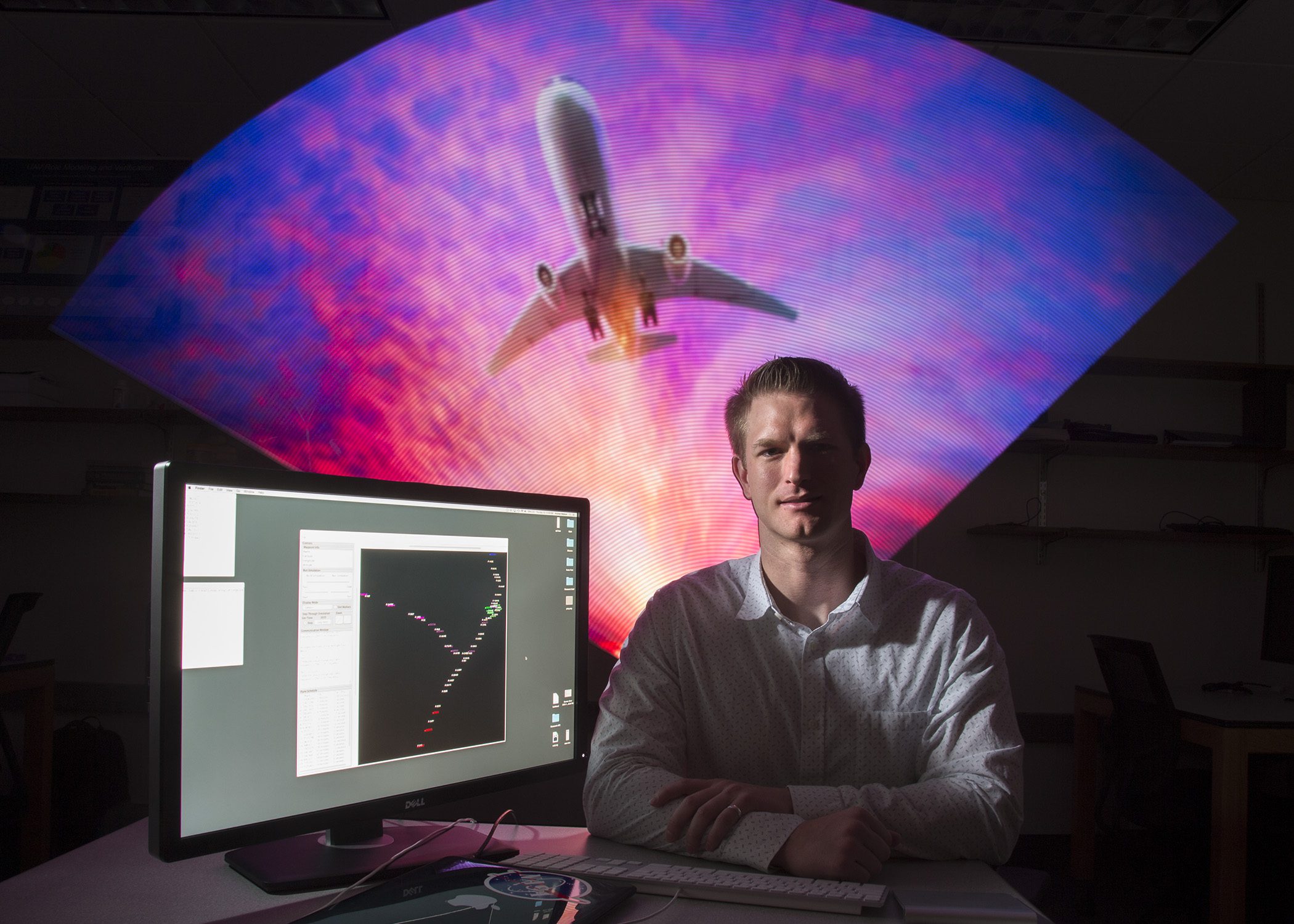 If you enjoy Meridian, please support us by making a one-time voluntary donation by clicking here.

Computer Science undergrad Andrew Wallace has some ideas for managing congested national air space, and NASA likes what they’ve seen so far from him.

Using the LaGuardia Airport as his focus, Wallace is specifically studying the arrival spacing of aircrafts in the New York metroplex—the busiest in the world in terms of total flight operations.

Wallace has been collaborating with NASA’s Ames Research Center under the tutelage of BYU Computer Science professor Eric Mercer. Together the team is building simulations to help air traffic controllers be more efficient as airspace becomes increasingly more crowded.

“A simulation is only as good as it reflects reality,” Mercer said. “Andrew’s been faced with problems that there are no obvious answers to. It’s not in a textbook, it’s not even on the Internet.”

Wallace’s goal is to program the simulation for three different kinds of workloads an air traffic controller encounters while on the job:

1)    Temporal workload: covers the multiple physical tasks a controller is working on at a given time.

2)    Decision workload: involves the number of choices controllers must make in prioritizing and responding to multiple requests at the same time.

Designing such complex simulations requires a thorough understanding of air traffic control, a daunting task for an undergraduate student.

In addition to a 10-week internship at NASA Ames, Wallace has been researching dozens of airplane models and the varying navigational capabilities of each model for more than 18 months. He’s also interviewed air traffic controllers to understand the behaviors and stresses that take place during a typical workday.

“It’s a better use of NASA’s time and money,” Wallace said. “They have limited amount of time with the air traffic controllers when they bring them in to run the simulations, and we’re hoping to make that more productive.”

Neha Rungta, a researcher who mentored Wallace at NASA Ames and continues to work with him on the simulations, said Wallace’s contributions were pivotal to further advancement in air traffic control.

“Andrew worked on a visualization tool during his internship this summer,” Rungta said. “This tool was key in being able to understand and interpret the meaning of these complex scenarios.”