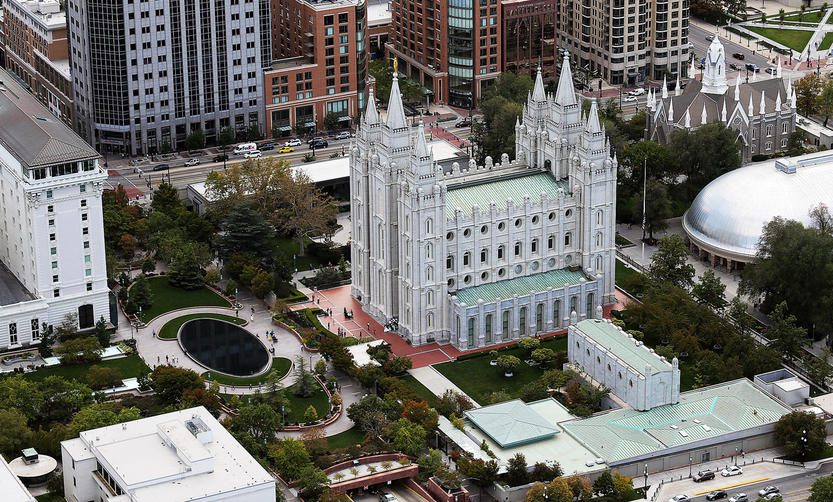 MormonLeaks released four sets of documents purportedly related to the operations of the LDS Church on Monday, two related to the living allowances provided to the faith’s General Authorities.

The first set of documents posted on MormonLeaks, a website run by a former member of the LDS Church, includes what purports to be a “record of payroll or allowance” — similar to a pay stub — that reports how much money was provided to President Henry B. Eyring, then of the LDS Church’s Quorum of the Twelve Apostles, in a two-week period in 1999. The release includes seven two-week records for him in 2000.

On Monday night, a spokesman for The Church of Jesus Christ of Latter-day Saints said the church will not confirm the authenticity of any “leaked” document.

President Eyring is now the first counselor in the First Presidency, the top governing body of the church. His Social Security Number is redacted from the allegedly leaked records.

The records report that the church provided about $90,000 to President Eyring in 2000. A second document posted on Monday, a letter from the faith’s Presiding Bishopric to Elder Bruce D. Porter on Jan. 2, 2014, appears to be a memo stating that “the General Authority base living allowance has been increased from $116,400 to $120,000.”

President Eyring’s biweekly allowance was shown to be $2,192.31 for living expenses, $826.92 for parsonage (housing for an ecclesiastical leader) and $76.92 for a child allowance.

The other two reported leaks are minutes of an executive council meeting and minutes from a meeting of the Temple Facilities and Sites Committee.

I was told, likely in Seminary about 40 years ago that these men got a living stipend. Certainly they must entertain dignitaries, have a place to lay their heads, food for the belly, insurance, a car and so on. I bet their shoes wear out mighty fast, too. These are not free. I understand it comes from the Fast offering fund. Well if ya few of my pennies go there, that is fine with me. I am sure when Jesus walked the earth people took care of his needs, too. Maybe the people in Wiki leaks who want to do good could spend a couple of years on some sort of a service opportunity like Peace Corp. now that would really make their hearts soar. Genuine swelling of that heart feels so good. People in the church also need to remember sometimes it is US holding back the Lord. In the early years women and blacks exercised the priesthood. It is US that put the stop to it, not the Lord. I Remember about twenty years ago the Ensign magazine came out with a new format of visiting teaching lessons. I thought they were great, so great that I wrote Salt Lake Church office building. Someone called me up! I about fell off my chair. Then I heard these sad words, "oh, sister, we are so glad you like them, but the general population of the church is not ready yet. We are going to go back to the old format and then try again in a few years. Maybe we should be more like Peter who asked, "Is it I?"

I have mixed feelings about these documents. No one should be stealing them, but seeing the videos on the prior release did better inform me about the thoughts of some of the General Authorities. One in particular: when Dallin Oaks commented on Chelsea Manning's homosexuality, I realized Elder Oaks was lacking knowledge about certain kinds of mental illnesses, the actual issue with Mr. Manning, not his sexual orientation. Indeed, confusion about one's sexual orientation, and fluctuation in identifying as straight or gay, can be a symptom of borderline personality disorder. It made me wish that there was a multi-hour presentation being made to the General Authorities on mental illness. It is needed.