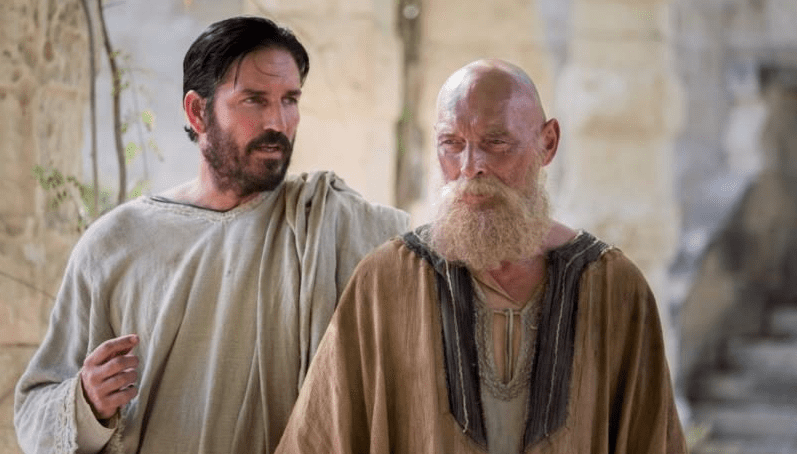 Mormon Moviegoers: Does Paul: Apostle of Christ do Justice to the Hero?

In a Nutshell: Just in time for the Easter season, this Christian movie brings Paul and Luke, both faithful followers of Jesus Christ, to the big screen with their unique friendship and affirming messages. (Pre-order it here)

This PG-13 film is VERY heavy, dark, gory, and even depressing.  In that regard, it’s very realistic. The film states at the end that is has been “dedicated to all those who have been persecuted for their faith.”  Christians will leave with a feeling of reverence and increased respect for the early Christians.

While this movie really won’t convince non-believers to turn their lives over to Christ, it is another arrow in the quiver of recent Christian movies that builds faith and testimony.  Christian movies are slowly getting better and I’m grateful that Christian audiences support them in movie theaters.

In an online interview with Jim Cazievel, he mentioned how he could watch good Christian movies like Ben Hur over and over.  Be sure to watch that movie again this Easter season.  It’s old, but it’s extremely powerful!

I was so impressed with this movie ! I was not there to be thrilled or entertained. The movie makers tell you ahead of time, that this is not a child's movie. James Caviezel's portrayal of Luke gave us every chance to see his humanity, and compassion. We even felt his human frailty, as he experienced coming to Christ, measured steps at a time. The expression of love and compassion was totally believable as he spoke to the children and other Christians, before the games. There were so many powerful moments. Yes, there were dark ones, yes, life was very dark for them. I was impressed that such difficult subjects were handled as well as they were. Kindly done, with Christ as the focus. Perhaps we can see past the limits of 'movie' mantras, and feel the intended messages for our hearts.

Unbelievably disappointed in this movie! They missed a great opportunity to tell a great story, instead they played up the physical pain and misery minimizing the spiritual aspects of Paul's life