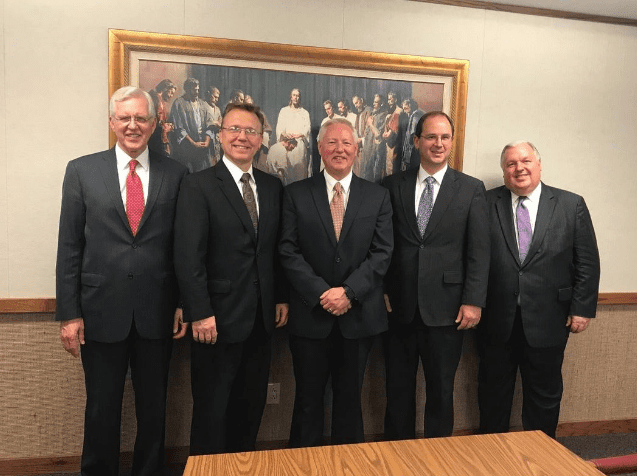 The following was written by Jason Swensen for the Deseret News. To read the full article, click here.

June 3, 2007, was a sad day for Latter-day Saints in Hurricane Katrina-fatigued regions of eastern Louisiana and Mississippi.

Almost two years earlier, the massive storm had severely impacted tens of thousands of people living in those two states and beyond — including many Mormons. Waves of members had to leave their homes and wards in search of shelter, safety and jobs.

At the time, Elder D. Todd Christofferson was serving in the Presidency of the Seventy and supervised the communities hit hardest by Katrina.

“Many of the members relocated after the hurricane,” he said. “Some came back, but many did not.”

The LDS population decreased to a point that the number of stakes operating in the hurricane-impacted region could not be maintained. Church leaders decided to dissolve the Slidell Louisiana Stake and reapportion its units across several surrounding stakes.

Elder Christofferson, who now serves in the Quorum of the Twelve Apostles, presided over the June 3, 2007, “reapportion” meeting in Slidell.

“Everybody understood the need to make the change — there was no opposition. But it was sad that it had to happen.”

Fast forward over a decade. Elder Christofferson recently accepted another assignment to preside over a gathering in Slidell. But his return visit would mark a far more joyous moment for the members in Louisiana and Mississippi who had refused to be kept down by Katrina.