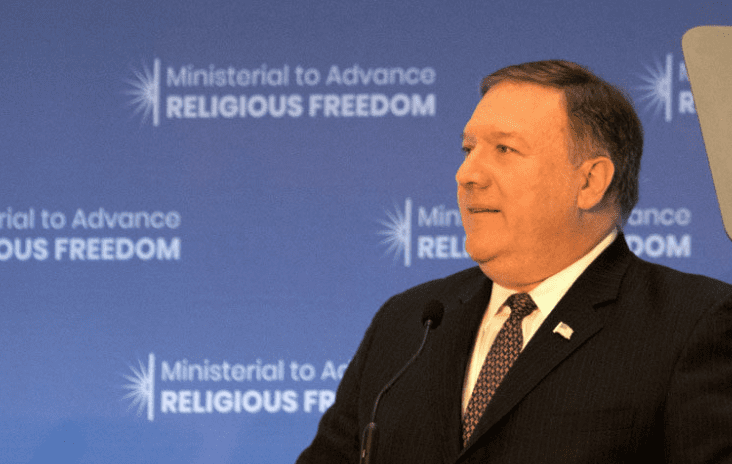 The following is excerpted from The Daily Signal. To read the full article, click here.

Last week may have marked an inflection point for international religious freedom.

Historically, governments that strongly protect religious freedom have been a rarity. It is no small thing, then, that essentially all countries are now willing at least to pay lip service to the idea, enshrined in the Universal Declaration of Human Rights, that religious freedom is a universal and fundamental human right.

But the gap between what countries say about religious freedom and what they actually do is often depressingly immense.

In this context, last week’s first-ever Ministerial to Advance Religious Freedom at the State Department was truly historic. The U.S. government organized and hosted the meeting, bringing together 80 countries and roughly 400 civil society and religious leaders.

The event has already produced two results: first, a roadmap toward a new era of concerted international efforts to truly protect religious freedom, and second, solid evidence of just how dire the present situation is.

The roadmap toward a new era of actual as opposed to merely hypothetical international support for religious freedom came in the form of two documents released by the U.S. government at the conclusion of the ministerial: the Potomac Declaration and the Potomac Plan of Action.

The Potomac Declaration, to the extent that other nations answer the U.S. invitation to endorse it, will be the strongest and most comprehensive international statement on religious freedom to date.