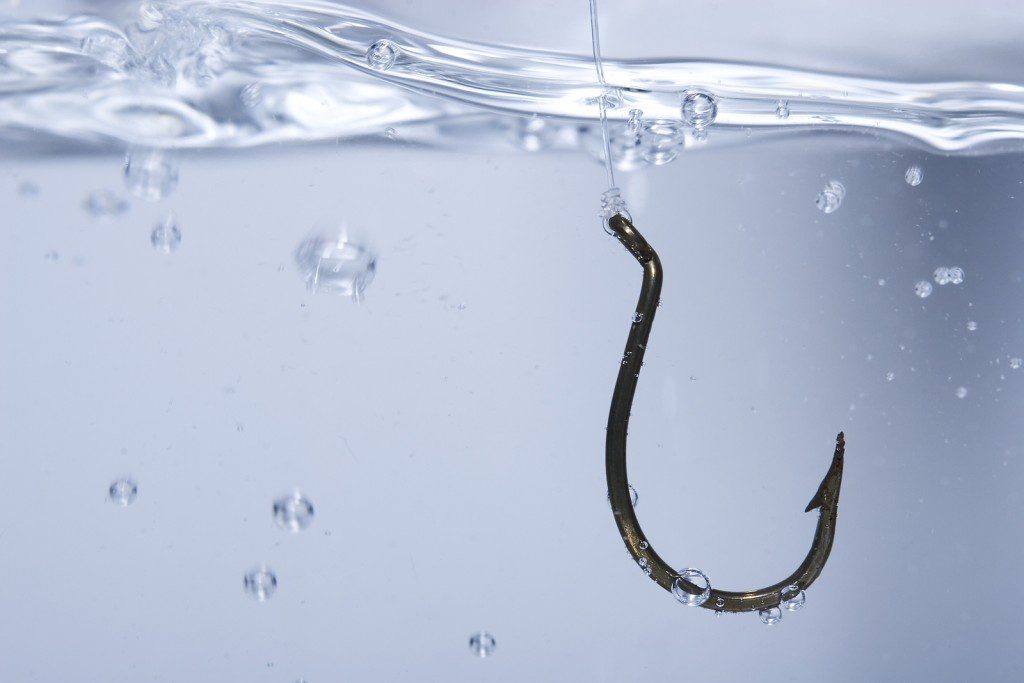 Lucifer and the Big Fish

I have noticed that some of the great young people in my ward who come to visit me in my office have returned to their sins. They succeed in setting them aside for a time, but then give in again to the same temptations that brought them to me in the first place. I was trying to help one of them understand how such a thing could happen, and remembered this experience from the years just after my mission.

One day I had driven toward Tony Grove Lake in northern Utah to do some fishing. Some distance from the lake I made a right turn on a dirt road that followed a beautiful mountain stream high into the hills. I slipped from the car in a remote location and crept to the stream to try my luck. In the first hole I hooked a fine trout and dragged it to the bank and into my creel. I then moved downstream for a few yards, found another fine spot, and dropped another worm in a pool near a large boulder.

A huge German Brown darted from the seclusion of the rock and grabbed the bait. For about 5 seconds I enjoyed the thrill hooking a fantastic fish. Then he freed himself and darted back under the stone. I floated worms past that rock for another 30-40 minutes but it was a waste of time and bait. That fish was hunkered down and likely to stay there. The memory of the pain was a stronger incentive than the excitement of the food drifting by. His recollection was real enough for even a fish to exercise discretion.

But there were other holes and other fish, though none as nice as that one. I went my way down the river.

But weeks later, I returned. I suspected (hoped) that the fish had forgotten, and would, in his hunger, act without. The bait meandered by and the fish, moved by instinct rather than intellect, swooped out and inhaled it. I took him home and ate him.

I wonder if Lucifer doesn’t treat repentant people like that. Knowing that repentance will fortify most people against his lures, he goes away for a time to allow people to become complacent in their new lifestyle.

But then, when enough time has passed to heal old wounds, when spiritual commitments have dwindled in the absence of opposition, he comes back with banners and bullets to try again. I think he acts like Amulon and the wicked priests of King Noah. All the Nephites, including Alma and his people in Helam must have believed that they would never see Amulon again after their determined resistance in Mosiah 19. But they did. Amulon spent years living in the wilderness, and then one day, probably more than twenty years later, the Nephites of Helam discovered that he was in their borders with an army of Lamanites.

Regardless of our sense of security, we must watch and pray always (see 3 Nephi 18:15,18); we must be sober and vigilant (1 Peter 5:8). In fact, Peter compares Satan to a roaring lion who “walketh about, seeking whom he may devour.” Lucifer might circle around in the wilderness for a time when he knows we are too wary, but he will be back, and try again to get us away from the safety of our Rock and back on the hook of iniquity.

Reading 3 Nephi 27:32, I found a phrase that I had not previously noticed. Jesus had just declared that the righteousness of the Nephites who had survived the destructions that accompanied his death had given him a fullness of joy, and that none of them would be lost. But speaking of future generations, he said,

“But behold, it sorroweth me because of the fourth generation from this generation, for they are led away captive by him even as was the son of perdition; for they will sell me for silver and for gold, and for that which moth doth corrupt and which thieves can break through and steal” (emphasis added).

“They will sell me . . .” I cannot find another phrase like this in the standard works. I think the Savior means they will sell their relationship with him, or they will sell the opportunity for his blessings, for gold and silver, or for other corruptible and perishable things. I guess we all know of people who have sold Jesus. Judas sold him for 30 pieces of silver (see Matt. 27:3); Esau got his red pottage (Gen. 25:30); Reuben got his hour of passion with Bilhah . . . (See Gen. 35:22). But consider the price they had to pay! When Satan sneaks back, we must not allow him to draw us again into his net of despair. Lucifer will try and try again to catch us with the lure of experiences that look so delicious.

We must be committed to resistance more than relaxation. We cannot say, “Well. I overcame that problem. I won’t have to worry about it again.” We need to be sober and vigilant as Peter taught, in order to resist the inclinations of the natural man (see Mosiah 3:19).

A modern example of this kind of weakness comes from President Monson who quoted the following from Ann Landers:

A year ago our two‑year‑old son, Earl, had difficulty breathing, so we took him to a doctor. We learned Earl is allergic to cigarette smoke. My husband said we both had to quit smoking right then and there. He hasn’t touched a cigarette since. I went back to smoking that same night.

My husband doesn’t know I smoke. I have to sneak around and smoke in the basement, and it is making a nervous wreck out of me. Do you think it would be wrong if we let a nice couple adopt little EarlCa nice couple who don’t smoke? The only problem is that my husband is crazy about the boy. I love him too, but I am more the practical type. What do you think, Ann?

This is practical? I’ll sell my son for a pack of Salems? By the way, President Monson also quoted Ann’s answer:

I think a lot of people who read this letter are going to say I made it up. It’s utterly fantastic that a mother would put cigarettes ahead of her own child. Don’t present your wild idea to your husband. I wouldn’t blame him if he decided to keep little Earl and unload you! (Thomas S. Monson, “The Lighthouse of the Lord,” Ensign, Nov. 1990, 98).

I hope we can live in such a way that Lucifer will take his checkbook, his fishing pole and all his attractive lures, to some other spot on the river.

Somebody needs to alert her husband that's she's smoking again! He needs to divorce her and take custody of their son! I've heard of deadbeat moms, but this takes the cake! I feel sorry for the kid. If there is a choice to be made between a divorce and an adoption because an adult won't give a terrible habit, a divorce is what needs to happen. An adult is able to fend for themselves, children can't, and the child's best interest needs to be taken into consideration over the adult's. I hope this mother pulls her head out of her (cigarette) butt and learn to her own child's needs first!

@Mike J While I agree with the general concern about "categorizing" sins, I would point out that the Old Testament itself condemns the actions of Reuben & Solomon - it's not a modernist interpretation (or at least, not a 2015 characterization...) Genesis 49:3-4, Jacob counsels his oldest: "3 Reuben, thou art my firstborn, my might, and the beginning of my strength, the excellency of dignity, and the excellency of power: "4 Unstable as water, thou shalt not excel; because thou wentest up to thy father’s bed; then defiledst thou it: he went up to my couch." (Jacob himself uses the word "defiledst", making it seem unlikely to me that Reuben was involved in a standard/expected practice w/ his dad's concubine) 1 Kings 11:1, the reporter reports on Solomon's later life (after the "wisdom" reputation was established) "1 But king Solomon loved many strange women, together with the daughter of Pharaoh, women of the Moabites, Ammonites, Edomites, Zidonians, and Hittites;" I'm not sure it was the fact of multiple wives as much as it was the choice of women (including those not of the covenant) that was "an abomination". And I know that in teaching SS, I *have* touched on this as a topic of discussion (not just his wisdom). Just some thoughts/clarification from where I sit... God bless