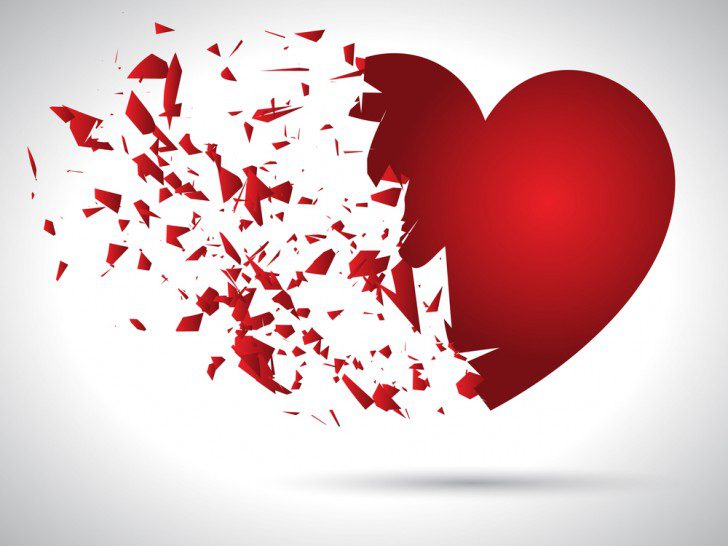 This article is adapted from a presentation first given at the FAIRMormon Conference.

While the LDS Church continues its valiant efforts to foster “fairness for all,” the difficulty of defining “fairness” in a way acceptable to all parties is increasingly evident. A recent Deseret News Editorial (9/12/16) pointed out the contrast between the Church’s approach and “rhetoric of the Chairman of the U.S. Civil Rights Commission, Martin R. Castro.” On the one hand, Elder Oaks urged “’fairness for all’ as a proven path forward for our pluralistic society. On the other, Castro dismissed claims of religious liberty as mere masks for invidious discrimination: “The phrases ‘religious liberty’ and ‘religious freedom,’ will stand for nothing except hypocrisy so long as they remain code words for discrimination, intolerance, racism, sexism, homophobia, Islamophobia, Christian supremacy or any form of intolerance.”

The prospects for a respectful “pluralism” obviously remain dim as long as “civil rights” is interpreted to imply the absolutism of a “non-discrimination” in which sexual minorities, unlike religious minorities, are considered a favored class. That is, if people of traditional religious beliefs regarding sexual morality and the meaning of marriage are necessarily classified as intolerant, sexist and homophobic, then appeals to “religious liberty” will count for nothing against the exacting justice of “non-discrimination.” The appeal to “fairness” presupposes some minimal agreement on justice, and that is what increasingly appears to be lacking.

The debate between pluralistic “fairness” and the absolute justice of “non-discrimination” is not, however, a simple contest between religious believers on the one hand and atheists or simple secularists on the other. The anti-discrimination argument is in its own way an appeal to an absolute moral principle that is not defended by sober rational argument about human nature or the good of society but rather assumed as a matter of faith.   And this faith explicitly claims the mantle of the Christian idea of “love.”

This counterfeiting of the central ideal of Christianity for purposes directly contrary to basic Christian morality is a beguiling argument because it seems to allow an individual to avoid the hard choice between the Church and the world, the Tree of Life and the Great and Spacious Building. If “love” can be reduced to “non-discrimination,” then I can be a true Christian by abandoning the burden of traditional Christian morality and embracing the ethics of a relativist society. Unfortunately, this debasing of the idea of Christian love has proved attractive even among Latter-day Saints, including prominent voices in LDS higher education, who have every reason to know better.

The secular appropriation of the Christian rhetoric of “love” reached a high point in the summer of 2015. “Love Wins” – you recognize the slogan that became viral among those celebrating the U.S. Supreme Court decision Obergefell v. Hodges, which held that homosexual marriage is a fundamental right under the Constitution.   A similar sensibility is conveyed in the “Love Has No Labels” propaganda campaign on television and the internet.

What is the thrust of these images, these appeals? What they imply is that there is no difficult question of constitutional law or political philosophy to examine, nothing to debate regarding moral and social purposes of the natural family or the ethical principles that underlie our social compact: the simple word “love,” and the feeling it is supposed to evoke, are held to have settled all such questions. If you are not against love, then you cannot oppose the indefinite expansion of “rights” protecting sexual expression and affirming diverse lifestyles. And who can be against love?

Progressive liberalism claims the authority of reason and of openness to a “diversity” of views and ways of life. But the Love Wins mantra reveals the sacred dogma that underlies the pose of open-minded rationalism: “love” understood as boundless acceptance and empathy, excluding all moral judgment, is the new, unquestioned standard of moral judgment. And the prestige of this secular love, impatient with all boundaries and standards, is clearly a residue (however distorted and misapplied) of the very Christianity that secularism must overcome. Secularism is the secularized residue of Christianity. And this residue, in the form of the ideology of “love,” wields amazing dogmatic authority in our supposedly free-thinking secular age.

Question every authority, progressive liberalism entices us, but do not even think about questioning “love,” meaning absolute acceptance and non-judgmental empathy, as the sole standard of human goodness. Never in the darkest of Christian “Dark Ages” did an ideological authority envision such a total domination over the human mind and heart as that asserted by the post-Christian humanistic religion of “love.”

The significance of the “Love Wins” ideology will can only be clarified by examining the secular idea of “love” in comparison with the Christian idea of Charity. The key question, then, is this: is the contemporary dogma “All you need is love” a legitimate descendent of the biblical teaching, “Charity Never Faileth?”   The question for us is not same-sex marriage itself, as important as that question is, but the understanding of “love” in terms of which many, including Mormons and other Christians, frame their support of this new “right.” We need to understand what is at stake in this conception of “love” in order to be clear about what we are discussing, not only regarding the marriage question, but wherever fundamental moral and religious principles are a matter of public concern.

I realize that just by asking what “love” means I am already taking a position that some find troubling or annoying. After all, how can love be the main thing, the answer to all questions, if we must first achieve clarity regarding its meaning? To clarify is inevitably to divide, to separate light from darkness, to invite “binaries,” whereas love implies unity. By even raising the question of the meaning of love, I might seem to be ranking clarity above charity, light above love. Remarkably, where the status of reason (distinguishing, discriminating, dividing, clarifying) is concerned, the sides seem have switched from what is generally assumed: it is the progressive liberals who tout love as an alternative to all reasoning concerning basic ethical, political and religious principles, a moral trump card to silence all discussion, whereas it is “conservatives” (like me, indeed), who defend the essential role of rational judgment in moral matters – informed, to be sure, by religious understanding.

Love and light cannot be separated; the meaning of “love” cannot be detached from the Lord’s plan of salvation or from the commandments and covenants integral to this plan.

Before I consider examples of the “love wins” mentality among LDS intellectuals and educators, I want to acknowledge the difficulty of the moral and philosophical problem presented by the revolutionary Christian notion of Charity as surpassing all natural ethical concerns. We can’t blame the Beatles or some LDS writers too harshly for arguing that “all you need is love,” if it seems to many that Paul the Apostle said that long before Paul McCartney.

The central problem behind the confusing relationship between Christian charity and secular love is the tension between substance and universalism. Recently I was conversing with an earnest and faithful young LDS scholar about the intersection between the Church and the secular world, and I began to make the simple, if you will “orthodox” case for the importance of defending a clear moral standard and family ideal in a relativistic world. His heartfelt reply was “don’t you want the Church to be available to the widest possible group, even to all humanity? Does it not hinder the universal mission of the Church to insist on barriers”? Another faithful young LDS scholar was emphasizing the importance of compassion towards those who struggle with Church teachings on sexual morality. He was asked, would not sharing the principle of repentance be an important expression of love for a struggling neighbor? No, he replied, if anyone needs repentance, it would only be the person who would presume to appeal to a principle higher than the feelings of the person who is struggling.

Both of these thoughtful and faithful young Latter-day Saints were effectively falling in with the “Love Wins” mentality, not out of any particular enthusiasm for sexual liberation or revolution in family structure, but according to the logic of universalism, inclusiveness, which indeed seems to be a defining gesture of the Gospel, and especially of Paul’s letters. Similarly, when an account of Elder Holland’s recent address at BYU Education Week, which included a strong warning against the rising tide of secularism, was published in the Deseret News, the first online comment that appeared chastised the apostle for erecting “walls” when he should be “building bridges.” It seems to me, though, that there is a pretty simple logical problem with this movement of thought: universalism is by itself empty and meaningless: there must be some content, some substance, to be universalized, something to be shared. A bridge must be from somewhere to somewhere. Every outreach presupposes an affirmation, every extension a center, every movement of compassion some understanding of the good, of what it would mean to heal. The enthusiasm for inclusiveness or the movement of compassion without regard to content is not only religiously suicidal but logically incoherent.

"I realize that just by asking what “love” means" I might be wrong, but I'm pretty sure the professor just asked us, "I want to know what love is". That's a question for the ages that not even Foreigner could answer.

I think that the love wins argument, or lack of an argument, through the insistence of there being no definition for the word love, prevents discussion and therefore only permits of rule by force. Love needs to be defined by what is good for the person being loved. And that means we need to understand what is good. A doctor, or healer, who has no understanding of what will help his patient, is just going to be experimenting on them. We, being blessed with the gospel and the truths of the scriptures, have a responsibility to love in a way that reflects our commitment to God. We are told that love 'has no labels'. It has become enforcement of absurdity and has caused reasonable people to question the ability of our society to remain a going concern.