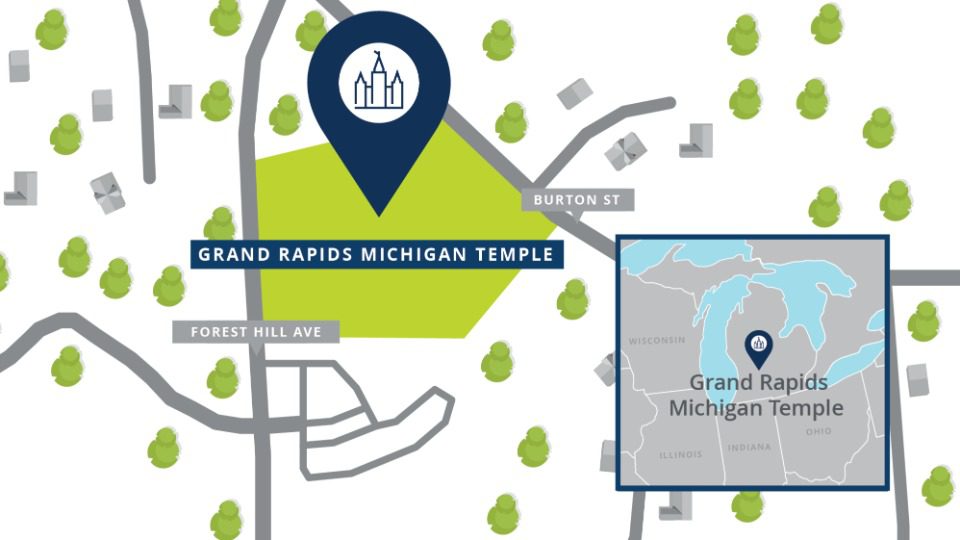 The Church of Jesus Christ of Latter-day Saints has released the location of the Grand Rapids Michigan Temple. This house of the Lord was announced in October 2022 by Church President Russell M. Nelson.

The Grand Rapids Michigan Temple will be built on a 10.5-acre site located at 2400 Forest Hill Avenue SE in Grand Rapids, Michigan. Plans call for a single-story temple of approximately 20,000 square feet. This will be the second temple in Michigan, along with the Detroit Michigan Temple, which has been in operation since October 1999.

Detailed design plans for this temple are still being developed. Further information — including exterior renderings — will be made public later. The groundbreaking date will be announced in the future.