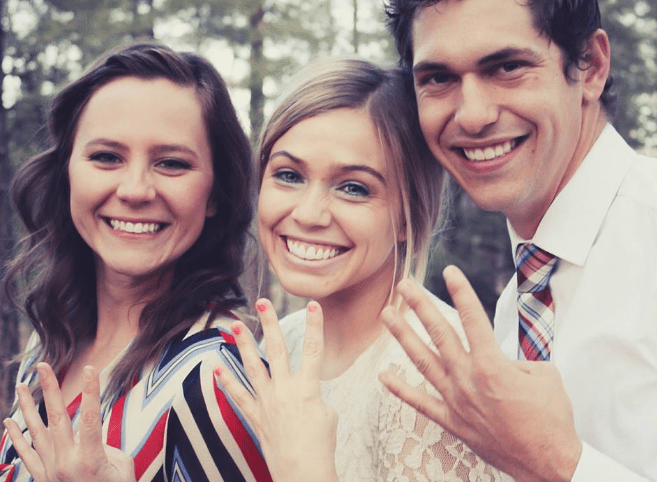 The following was written by Karenna Meredith and first appeared in The Universe. To see the original post, click here.

Sister Carole M. Stephens, First Counselor in the General Relief Society Presidency, referenced a woman named Josie who has bipolar disorder when speaking in the October 2016 General Women’s Conference for the Church of Jesus Christ of Latter-day Saints. She referenced Josie Thompson Solomon, currently a Springville, Utah resident, as an example of someone who has been comforted and sustained by Christ.

For Solomon, this wasn’t simply a story being told over the pulpit. It was an example of her real-life struggles with mental illness and the all-too-familiar darkness she had grown accustomed to over the past eight years.

The 27-year-old considered herself a perfectionist while growing up. She was a competitive student, athlete and musician. She was her high school’s student body president and homecoming queen.

However, Solomon became overcome with what she calls “the darkness,” a symptom of her bipolar disorder, and said she had a difficult time getting out of bed at age 19. She was initially diagnosed with major depression in 2008, and was consequently diagnosed with Bipolar II five years later.

“From the little I knew about bipolar, I just knew it to be very polarizing,” Solomon said. “I knew that people had their manic highs and manic lows and I had no such correlation. My life was constantly low and then lower.”

This overwhelming darkness and the weight of it kept Josie almost completely bedridden for three years. She was eventually invited by her aunt to stay on their family’s ranch in Montana, where she experienced a relief from the darkness for about nine months.

The relief led Solomon to submit her mission papers and receive a call to Farmington, New Mexico. However, as her date of departure approached, Josie once again experienced the presence of the darkness and was unable to leave on her mission.

Solomon did not abandon the idea of serving completely, even though the opportunity to fulfill this specific mission call was lost. Through what she describes as inspiration, she packed up her car exactly one year later and set out to complete what would be the first of many journeys, entitled “The 444 Project.”

The 444 Project was named after the Thompsons’ favorite verse of scripture — Alma 44:4. In this verse, God promises to “support, and keep, and preserve us, so long as we are faithful unto him.”

Josie was inspired by this scripture and decided to drive across the country asking 444 complete strangers what gets them out of bed every morning.

She traveled to more than 30 states over the course of three months, alternating between sleeping in the trunk of her car and relying on the kindness of strangers.

Solomon blogged to describe what she saw, people she met and experiences she had.

Bipolar disorder has taken a terrible toll on my family. Only in the last few years has it been better understood and more treatable. There a number of good books available. I like author Julie Fast. Did you know that Bipolar is a physical disease and not a mental problem? It is inherited. There is a great deal that can be done with medications and also by purposely managing your life. There have been a great number of suicides in my family because of bipolar. Through education and faith I hope to put an end to this trend. God bless!