LDS Fiction: Steampunk in ‘Kiss of the Spindle’ | Meridian Magazine 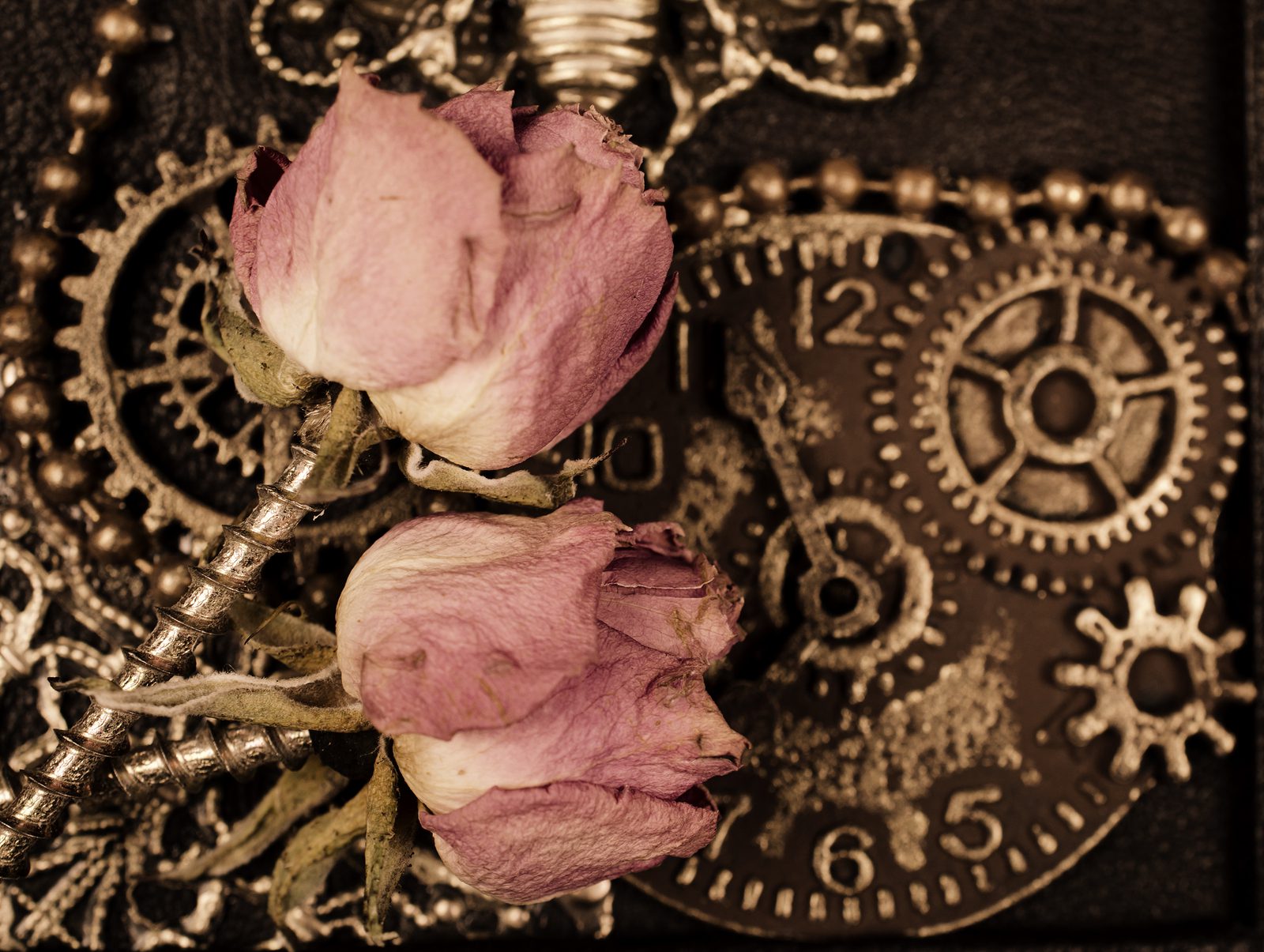 LDS Fiction: Steampunk in ‘Kiss of the Spindle’

“Steampunk” has been gaining momentum recently, particularly with Regency Romance and Science Fiction readers. Occasionally the term “steampunk” is used interchangeably with “adult fairytale.” It is, in fact, a subgenre of science fiction. Set in the 1800s, an era when scientists and manufacturers were absorbed in the possibilities of industrial steam-powered machinery, the world dreamed of scientific wonders including airships, communications, and so much more. Mix those dreams with the social rules and history of the Victorian and Regency periods and add perhaps a dab of fantasy and you’ve got Steampunk.

The genre has been showing up in novels designed for teens for several years, but has more recently been creeping into those meant for adults. Kiss of the Spindle by Nancy Campbell Allen is a prime example of Steampunk written with adults as well as older teens in mind. This novel is loosely based on the children’s fairytale Sleeping Beauty.

KISS OF THE SPINDLE by Nancy Campbell Allen

Doctor Isla Cooper is an empath and Doctor of Shifter Therapy and Human Relations. She has the misfortune of having been cursed to fall into a death-like sleep every night at precisely midnight and cannot be awakened until six a.m., which is a great inconvenience for someone who works with shapeshifters who turn into wolves when the moon is full. Recently she learned the curse carries a provision that after exactly one year the sleep becomes permanent and the only one who can break the curse is the witch who cast the spell and it must be done before the year is up. The year is drawing to a close and on learning the woman, Malette, who cast the spell is on a Caribbean island, Isla finagles and blackmails her way onto a private airship bound for the nearest port to her objective. Once onboard, she discovers Captain Daniel Pickett is smuggling three shapeshifters out of England. Nigel Crowe who prosecutes shapeshifters and is her greatest enemy, the three shifters, and she are the only passengers and that the captain is the only member of the crew who is human. The other crew members are automatons or robots. Not only must they reach the port city before the year is over, but they must do so before there is a full moon unless they set down on an abandoned island and wait out the moon.

The love story between Isla and the captain portion of the book is sensitive and positive with each showing tenderness and concern for the other’s predicament. They are both strong, independent individuals who have trouble admitting or recognizing their feelings for each other. Even when they do admit they have fallen in love, they have difficulty accepting or even recognizing the feelings of the other. The characters in this story are interesting and the hero and heroine have commendable strengths, so perhaps it is just the genre, but I had difficulty identifying with them or finding them realistic.

Many of the plot elements could easily lend themselves to turning the story into a horror novel, but Allen keeps those areas more in the realm of the fairytale aspects of Sleeping Beauty, Little Red Riding Hood, or any of the other childhood tales that contain some pretty horrific villains. The plot arc is predictable to a point, then the denouement is startling, dramatic, and brings the story to a strong conclusion. Readers will find Kiss of the Spindle a fun and different romantic tale.

Nancy Campbell Allen is the author of fifteen published novels and several novellas. She writes in multiple genres and has received a number of prestigious awards. She received a BS degree in Elementary Education from Weber State University. She and her husband live in Northern Utah and are the parents of three children.