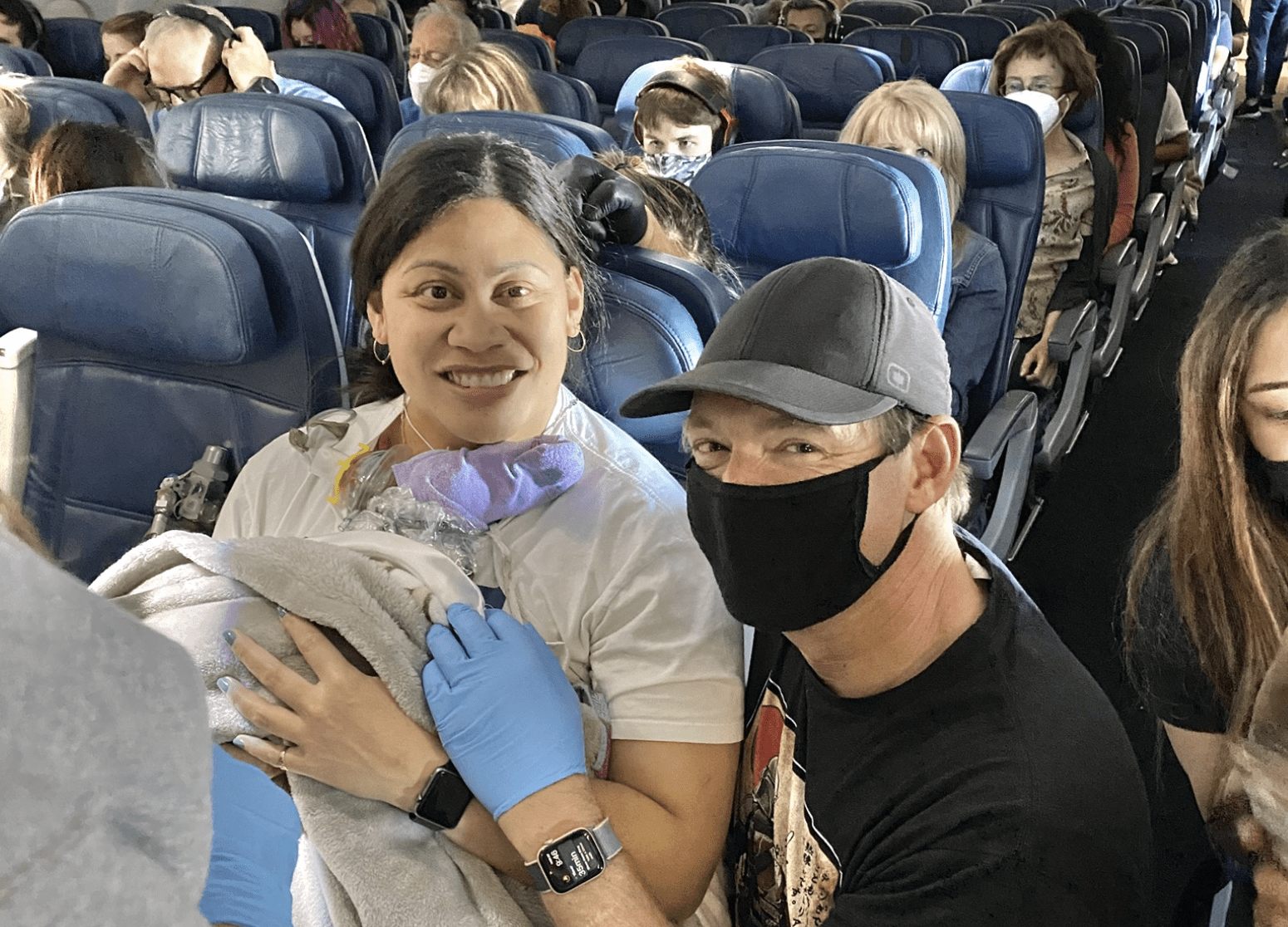 Partway through her flight from Salt Lake City, Utah to Honolulu, Hawaii, Lavinia “Lavi” Mounga of Orem had the surprise of a lifetime when she gave birth to a son that she didn’t know she was expecting. The baby was born at just 29 weeks gestation, a delicate circumstance even in a hospital setting, but truly terrifying in flight without any of the medical necessities to take care of him.

According to an interview with KSL, Mounga said she passed out in the bathroom, only to wake up to see a baby in her arms. “Felt the pressure, and the next moment, I open my eyes and I look down and I really don’t know what I saw, but I put my hand down and I picked it up and it was a baby,” she explained.

Miraculously, the flight had three neonatal intensive care unit (NICU) nurses onboard from North Kansas City Hospital, as well as a a Hawaii Pacific Health family medicine physician. Dr Dale Glenn shared his experience in detail in a Facebook post:

“We used shoelaces, a sock (for a head warmer), plastic bags, microwaved water bottles (to raise temperature), an Apple Watch (which worked surprisingly well as a heart monitor),and an oxygen mask we made ourselves to get baby stabilized, keep him warm and help him breathe until he was safe enough to wrap him against moms chest.”

“We finally reached Honolulu three hours later. The pivotal moment came when after landing we moved mom and baby into a wheelchair and he woke up and then, finally, for the first time he cried out loud. The whole plane applauded.”

“There have only ever been about 60 babies born on flights in recorded history. What are the odds this three-pound preemie would have 3 Neonatal intensive care nurses, a physician’s assistant, and one semi-experienced doctor on board to help him when he decided to make an appearance in the middle of the Pacific Ocean?”

“God watches over all of us”, he concluded.

The three nurses from the flight were able to visit Mounga and the baby on Friday and said it was an emotional reunion.

“We all just teared up. She called us family and said we’re all his aunties, and it was so great to see them,” Ho said.

Mounga has since been discharged, but baby Raymond will remain in the NICU until he’s ready to go home.

A GoFundMe account has been set up to help with Mounga’s extended stay in Hawaii until her baby is able to leave the hospital and travel safely.