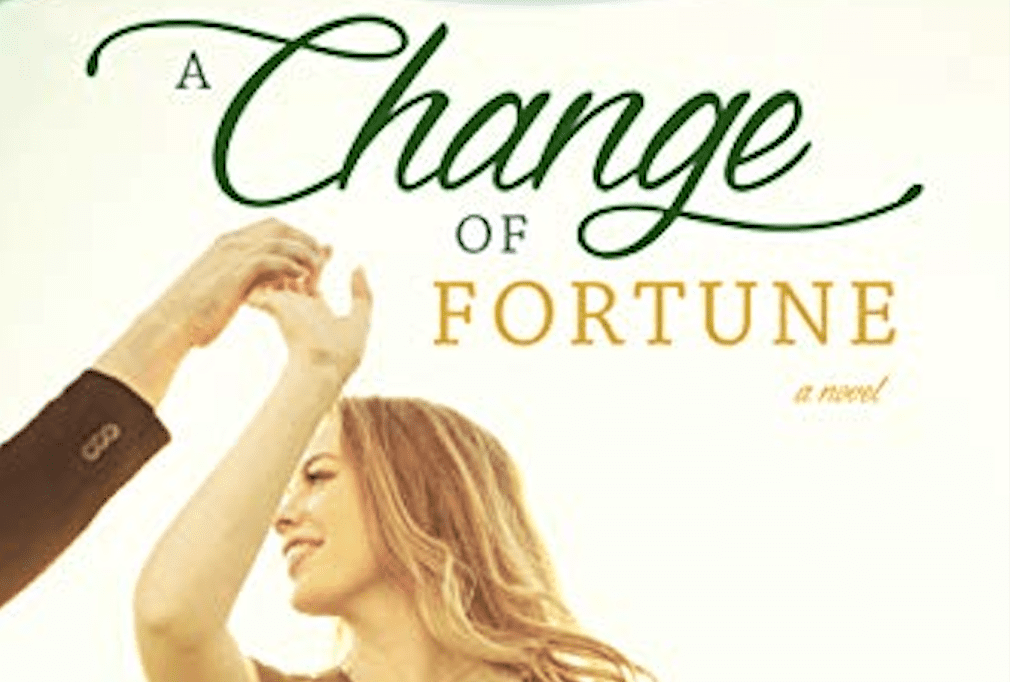 A CHANGE OF FORTUNE by Traci Hunter Abramson

Some fans of Traci Hunter Abramson may be a bit disappointed in her latest release, Change of Fortune. There are no tense standoffs, no FBI or CIA agents, or secret agents of any kind. Other fans will be thrilled with Abramson’s latest foray into Romance. Of course the novel wouldn’t be Abramson’s if it didn’t touch on strong emotional reactions, a difficult choice, and a careful analysis of strong, opposite choices.

Brooke Sherman’s life hasn’t always been easy. She lost her mother and her grandparents at an early age and her relationship with her aunt isn’t the best. She’s close to her father and loves him dearly. Though she grew up on a small Delaware farm, she now lives in Washington D.C. where she attends law school on a prestigious scholarship. With one year to go, she learns the scholarship isn’t renewable for her last year and her father is dying of cancer. Her boyfriend, a young man from an upper crust family lends her no support or comfort. His only concerns in life seem to center around his family’s social demands, being seen in the right places, and  his future political career. He can’t be bothered to go home with her and meet her father. Hurt, she breaks off their relationship. One person stands behind her. Jason Ramsey has been her friends and study partner through her toughest classes. When her truck won’t start and she can’t afford repairs, he offers to make the three hour drive so she can be with her father. On succeeding trips she insists on stopping at a convenience store to buy a lottery ticket for her father just because she knows it’s important to him even though she is well aware of the astronomical odds against winning.

Jason Ramsey also has just one more year to complete his law degree. He has wanted to date Brooke for almost a year, but hasn’t asked her out because he knows she had a steady boyfriend. He jumps at the chance to help her. His parents are divorced. His mother is obsessed with money and his father is always looking for financial bakers for his latest get-rich-quick scheme. He and his sister avoid spending any more time than necessary with their families. When he takes Brooke home he and her father become instant friends. Knowing the older man has little time left, Jason insists on making the three hour each way  trip with Brooke each weekend.

Brooke is devastated when her father dies a short time later while she is out buying his lottery ticket, which he insists she must sign since he’s too weak. He leaves the farm and all he owns to her which upsets her aunt who tries to help herself to what she wants. Brooke and Jason fall in love and he proposes. They discover a notebook her father called his dream book. It is filled with all the things he would do if one of his weekly lottery tickets should be the winner. They’re impressed by his dreams of setting up programs to help the disadvantaged gain skills and qualify for better educations and jobs. They build on his “dreams” to write their final papers and prepare for internships and their bar exams.  What if that final ticket is the winner? Will it change their lives? Is it possible to keep a winning ticket a secret? What affect would a billion dollars have on family relationships? Can love survive a billion dollar secret?

The characters in this story are realistic and the major characters are easy to like. Brooke and Jason’s relationship begins with friendship and moves steadily toward the romantic. They each carry some baggage based on their initial family situation. Money was a divisive factor in Jason’s upbringing just as Brooke’s financially tight childhood and struggle to put herself through school along with her boyfriend, Rob’s obsession with wealth helped to form her view of money. The background drawn for Abramson’s characters and the setting that touches several states shows great attention to detail and accuracy. Some elements of the story are easy to anticipate as the story builds toward its climax, but it remains an enjoyable and satisfying ending. It’s a story highly likely to leave readers daydreaming a bit about sudden wealth and what to do with it.

Traci Hunter Abramson is a prolific writer with a strong following. She was born in Arizona, lived a short time in Venezuela as part of a study abroad program, then went on to study and get a degree from Brigham Young University in Utah. Following her graduation she went to work for the Central Intelligence Agency. She left the CIA after her marriage to raise a family. Currently she coaches her local Virginia high school swim team and spends a great deal of time writing and researching. She has more than two dozen novels to her credit and is a five -time Whitney Award winner.