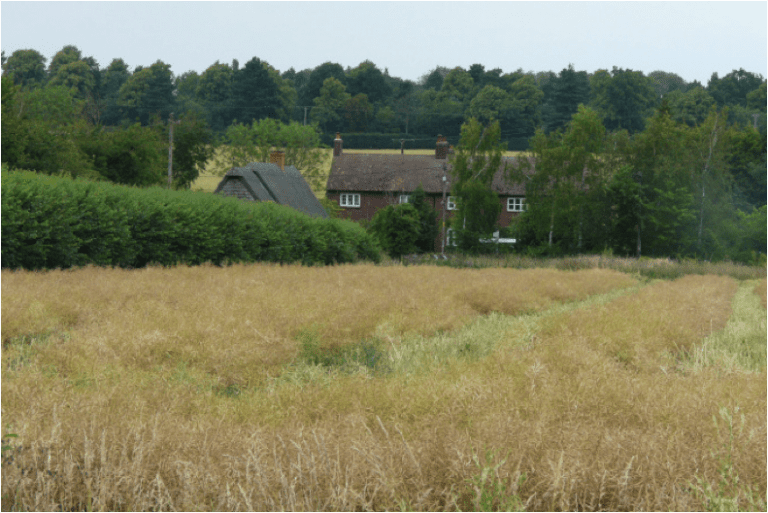 This is the first article in a series on the Fielding Legacy.

Their parents – John Fielding (1759-1836) and Rachel (1767-1828) – were both born, christened and married in Halifax, Yorkshire. Their sister Ann Fielding (Matthews) wrote a lengthy article about their mother in the Wesleyan Methodist magazine.    Ann spoke in length of how the family came to Bedfordshire.  She recorded,

“when my father’s uncle, having several estates in Bedfordshire, for one of which he wanted a tenant, expressed a desire that one of his nephews would occupy one of his farms. My father being fond of agriculture, was induced to undertake the journey in order to see the situation.

When he arrived, he found it by no means a desirable place in which to take up his abode for life and took his departure as he thought, forever. But, on opening his Bible, he cast his eye upon a passage which appeared so remarkable appropriate, that he could not consider it as the voice of God, in dictating His will that Honidon should be his future residence with a promise annexed, on his compliance.”

“…bout the middle of May, 1794, they arrived at Honidon, where a new scene of things presented itself. They had exchanged a populous town for a lonely village; a large and commodious house for a small and inconvenient cottage; a circle of friends and relations for a place in which every face and character were to them alike unknown; and the immediate neighbourhood of a Methodist chapel for a place four miles distant from one. My dear mother was at first almost overwhelmed with anxiety, and would gladly have returned to Yorkshire.”

Despite these early misgivings they stayed.  Once again we witness the power of Methodism in preparing hearts for the restored gospel.  Joseph recalled:

“John and Rachael Fielding were natives of Yorkshire, but in the course of divine providence they removed to Bedfordshire, where, as farmers, they spent at least forty years of their lives. Most of this time my father was a local preacher among the Methodists, in which work he laboured with all diligence, frequently riding from ten to thirty miles on the Sunday, to teach the truth of God as far as he knew it. So much did he labour that the society judged it right that he should receive something from the church for his labours, but this he refused to take.

At least fifty years he walked uprightly in the sight of all men, being an example of honesty and devotion to the world. Like Cornelius of old, he feared God with all his house, prayed to God always, and gave alms to the people to the utmost of his means; and God in his mercy, by particular applications of scriptures, gave him promises, not as in the day of Abraham, for as there was no priesthood, and consequently no visions or prophesyings, the prophets and the seers having long been covered, and the visions of all having long been as the words of a book that is sealed, he only obtained a particular impression on his mind on an application of some promise made to the Former-Day Saints.

We often used to think that we must be in some way related to the children of Israel, because we saw the dealings or God with us resembled his dealings with them, though of course, far inferior, for the Lord did not personally visit us, neither did angels minister to us as they used to do in those days.”

“We were in our family nine children, all of whom, I believe, and our parents, were at the same time members of the same society; but for several years before the death of my father, although he had been so long and so firmly attached to the Methodist cause, while he evidently increased in the spirit, and drew nearer to God as he drew nearer his end, yet he appeared to be entirely weaned from that body; in fact, he long lamented its corrupt state. He died in peace in the 77th year of his age, on the 3rd of March, 1836.”

Joseph states he was one of nine children, but records indicate there were ten:

Here in Honidon, Bedfordshire eight of their children were born and here they were raised and crafted to play an important part in the restoration story.   Consider the impact of these goodly parents:

When Joseph came to England as an LDS missionary he spent some time visiting his living family members, but was unsuccessful in trying to convert them.   In subsequent articles we will follow in Joseph’s footsteps and see, in his words, how he struggles with this rejection, visits his birthplace and the graveyard of his parents.