In an Emergency: Let There Be Light | Meridian Magazine 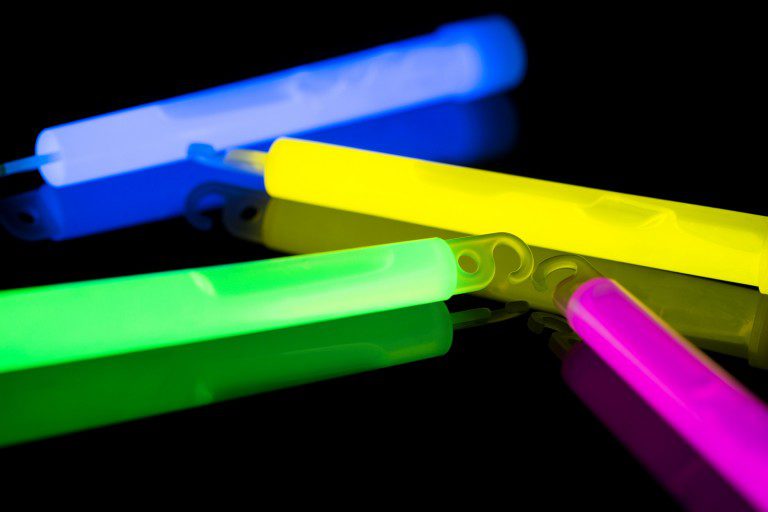 In an Emergency: Let There Be Light

We have all seen them and hopefully we all have a few in our 72 hour and other kits; glow sticks. What are they really and why should we have them?

Chemicals are housed separately in a plastic tube fitted with an additional small glass vial inside. Both contain chemicals that when mixed create a temporary chemical glow. When the glow stick is bent and small vial is broken the chemicals combine. The chemicals are not harmful and make glow sticks perfect for both a child’s and adult use.

Once activated the glow cannot be shut off and will last from two to twelve hours depending on the glow sticks purchased.

Why do we want them?

How can they be used?

Like any other product there are various grades of glow sticks from low quality to the more expensive military grade. The lower quality sticks may have a reduced glow time and the plastic casing may be thinner. I have found the less expensive ones to be just fine and have never had one leak. But, compare as there is inexpensive and there is cheap.

Purchase sticks that are four inches long to use for pets and to hang around a child’s neck to keep track of them. Purchase six inch or larger glow sticks for all other uses.

Always purchase white or yellow glow sticks as they will give you the brightest light.

Check the description and purchase only sticks that will last eight hours or longer.

Store in a leak proof container, a plastic bag or box, just in case of a leak. Don’t worry if they leak, the chemicals are not dangerous. Again, I have never had one leak but it’s better to be safe and protect the rest of your kit or your storage area.

Place a copy of this information in your binder to help you remember all the ways you can take advantage of your stash.

Glow sticks are an important part of any emergency preparedness plan. Get a few. Better yet get many!

Don’t forget to check in at the Totally Ready facebook page each Monday for six simple tasks to complete that week. Contact Carolyn here or on facebook with questions and suggestions for future articles.

Carol Ann, As Kathleen said the shelf life varies. I just used some for a power outage that were 10 years old. I recommend getting them online. If you email me I can tell you where I have gotten them.

I have purchased GlowSticks at the dollar store, their shelf life is less than a year. I have purchased more expensive ones at camping supply places, their shelf life is less than five years, quite often around 2 or 3. I've found that the older the glow stick, the less time they will give off light once they are activated. As with any preparedness item, I've found it's best to rotate them, which is never a problem- we simply get them out before a family game night and play Farkle in the Darkle with glow sticks! Grandkids love it!