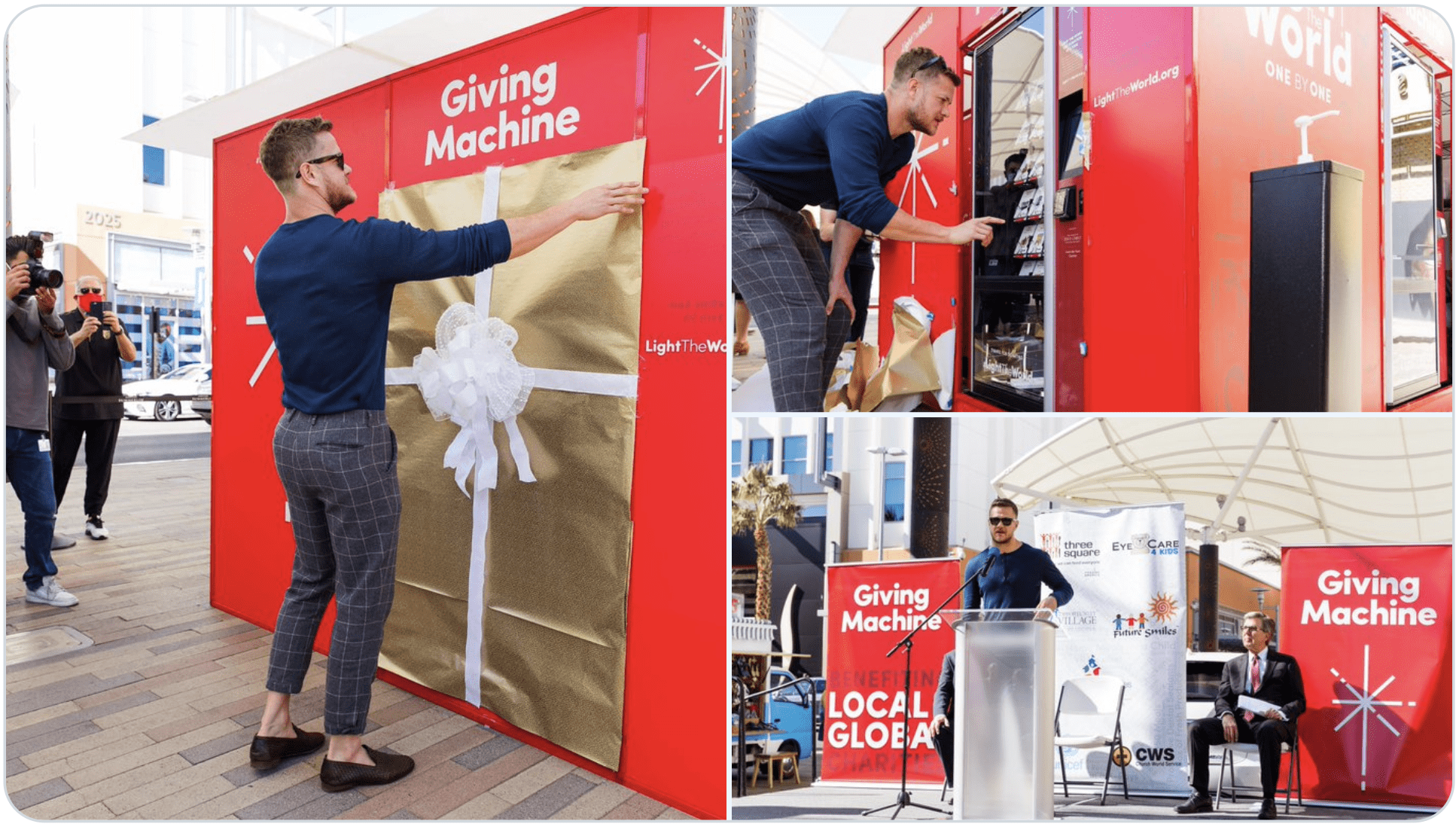 On November 4, front man for rock band Imagine Dragons, Dan Reynolds, tore away a bow and gold wrapping paper to reveal a vending machine surrounded by an unmistakable bright red facade. Reynolds then became the first to donate to the 2021 Light the World Giving Machine in Summerlin just outside Las Vegas, Nevada.

Reynolds is a native of Las Vegas and purchased 300 meals to be donated to southern Nevada’s food bank, Three Square, among other charitable contributions.

“This is for our kids. This is to show them what life is about,” Reynolds said during a Wednesday kickoff event for the Giving Machine, as reported by the Las Vegas Review-Journal. “It’s to teach them a quick lesson that it’s not about TikTok. It’s not about likes on Instagram. Your self-love, your self-worth, your joy in life will come from giving to others.”

Summerlin is one of ten locations that will host public Giving Machines. Last year no Giving Machines were available due to COVID-19, but in 2019, the machines in Summerlin raised $823,000—about $470,000 of which went to local nonprofits, according to the Las Vegas Review-Journal.