How Wide is God’s Mercy? A Latter-day Surprise | Meridian Magazine 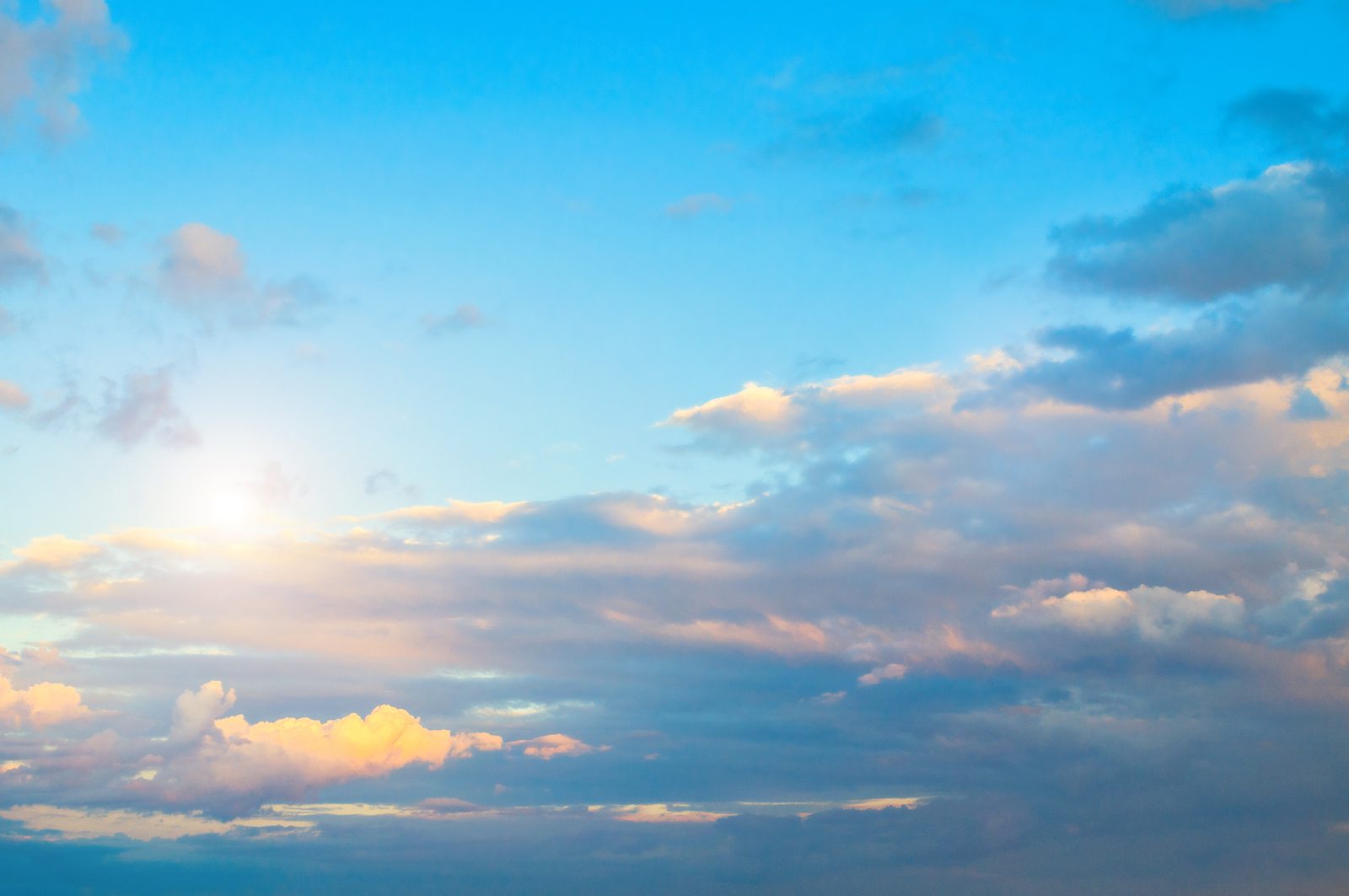 How Wide is God’s Mercy? A Latter-day Surprise

One of the greatest burdens on the souls of many Christians is the doctrine that the vast majority of humans are condemned to hell with no option for escape. This doctrine, commonly taught and accepted, states that unless people have individually confessed Jesus as their personal Savior while in mortality, they cannot be saved and are bound to an eternity in hell. This terrible prospect has been exploited to whip up evangelical zeal among many Christians. “You must help spread the word or millions more will be lost!”

Yet, even if we do all the missionary work we can muster, there are millions of people we will not reach. Can we possibly be resigned to watching masses of humans fall into the lake of fire without ever having a chance to embrace the Truth? The gloomiest of assessments, made by Du Moulin, a professor of history at Oxford in 1680, estimated that probably not even one in a million of God’s ancient children will be saved!

How can these views be reconciled with God’s redemptive mission: “For God sent not his Son into the world to condemn the world; but that the world through him might be saved” (John 3:17)? Can the God of love be coolly indifferent to the destruction of most of His children?

What Kind of God?

Elton Trueblood, philosopher of religion, challenged his fellow Christians: “Such a scheme [the eternal destruction of the unevangelized] is neat and simple, but it is morally shocking and consequently not a live option of belief for truly thoughtful or sensitive persons of any faith. What kind of God is it who consigns men and women and children to eternal torment, in spite of the fact that they have not had even a remote chance of knowing the saving truth? What sort of God would create men and women in love, only to irrationally punish the vast majority of them? A God who would thus play favorites with his children, condemning some to eternal separation from himself while admitting others, and distinguishing between them wholly or chiefly on the basis of the accidents of history or geography, over which they had no control, would be more devil than God” (1957, p. 221).

This same concern has tortured good Christians for centuries. In about 1850, Frederick Denison Maurice dared to challenge his fellow Anglicans. He couldn’t bear the thought that most of God’s children* would be lost. He suggested that many of God’s children who look lost to us might still be rescued after death. His fellow churchmen were aghast! Inquiries were conducted. Maurice was confronted. Ultimately he was condemned and fired from his teaching job at King’s College in London for teaching such a dangerous and unorthodox doctrine.

The famous churchman, Frederic W. Farrar was in the audience of one of Maurice’s presentations. Though only a young man at the time, he was inspired by the idea that God’s graciousness might be wider than fellow Christians allowed. He later wrote important works (1878, 1881) challenging the common, narrow view of salvation. He reached conclusions that are perfectly consistent with (but less detailed than) the Restoration view.

Farrar taught that many “who knew not Christ here will know Him there.” God’s mercy will reach many who look lost to us. He spoke of spirits in prison, a place he called an “Intermediate State” which we call the Spirit World. “I see reason to hope that through God’s mercy, and through the merits of Christ’s sacrifice, the great majority of mankind may be delivered from this awful doom” (1904/1881, p. 485). This was bold and dangerous stuff for a prominent churchman to propose.

More recently, Clark Pinnock was a theologian who challenged popular dogma about the narrowness of God’s salvation. His related book was appropriately called, A Wideness in God’s Mercy. Even as Christians chafe at the prospect of a mass exodus to hell, most theologians could not accept Pinnock’s challenge.

In 2011, Rob Bell caused an uproar in the conservative Christian world with his book, Love Wins. While Bell does not dare speculate just how God will ultimately triumph, he holds out hope for the bulk of God’s children. Of course those who hold to traditional church teaching find his work unpersuasive and it has inspired many rebuttals.

One of the biggest challenges to Christian faith since the Reformation has been the troublesome notion of the narrowness of God’s redemption.

The Latter-day Saints and their beliefs form a little island in the churning ocean of discontent. We teach that every single one of God’s children will enjoy a full-fledged opportunity to hear and receive the complete Gospel of Jesus Christ. Each person’s eternal judgment will be based on their response. What a remarkably sensible idea! While much of Christianity averts their view of an overflowing hell, Latter-day Saints rejoice in an overflowing heaven.

We believe that virtually every one of God’s children will go to incomprehensible glory. Some of our own people are so shocked by the idea of offering glory to so many that they try to turn the telestial kingdom into a lesser hell. But the scriptures do not justify this. After all, the glory of the lowest kingdom, the telestial, “surpasses all understanding” (D&C 76:89). In our wildest dreams, we mortals cannot imagine how glorious the least of God’s eternal opportunities is!

We understand that some who come to this earth may entirely turn against God and become sons of perdition. But the option of this eternal hell requires that a person know God by the full expression of the Holy Ghost and then totally turn against Him and be willing to crucify Him (D&C 132:27).

We have been taught that very few people will qualify for this ultimate dishonor. If we estimate that 15 will become sons of perdition from among the (estimated) 150 billion who have lived on this earth, then God will have saved with all the glory they are willing to receive 99.9999999% of His children who come to this earth. While pessimistic Christians have estimated that God might allow only one in a million of His children in heaven, the doctrine of the Restoration suggests that maybe only one in a billion of God’s children who have come to earth will be consigned to hell.

That is an astonishing success rate—befitting a perfectly redemptive and wise God!

Some may challenge us with the New Testament passage: “strait is the gate, and narrow is the way, which leadeth unto life, and few there be that find it” (Matthew 7:14). The neighboring verse suggests that many will go to destruction. For the informed Latter-day Saint, this passage is no problem. There may be relatively few who pass through the gate into Exaltation and godhood. And many will suffer a destruction—but for almost all it will be mercifully limited. When unrepentant sinners have paid for the sins they would not give to Jesus, they will be released to a degree of glory. This passage about narrow gates and few who are saved has simply been misunderstood and misapplied by mainline Christians who have lost the details of God’s “great and eternal plan of redemption” (Alma 34:16).

When we actually understand God’s amazing plan, we stand in awe! We join a worldwide chorus as all of creation bursts forth in joy at the witness of God’s redemptive grace!!!

Let the mountains shout for joy,
and all ye valleys cry aloud;
and all ye seas and dry lands tell the wonders of your Eternal King!
And ye rivers, and brooks, and rills, flow down with gladness.

Let the woods and all the trees of the field praise the Lord;
and ye solid rocks weep for joy!
And let the sun, moon, and the morning stars sing together,
and let all the sons of God shout for joy!
And let the eternal creations declare his name forever and ever!
And again I say, how glorious is the voice we hear from heaven,
proclaiming in our ears, glory, and salvation, and honor, and immortality, and eternal life;
kingdoms, principalities, and powers! (D&C 128:23)

* The term “God’s children” entails every member of the human family for Latter-day Saints; the same term suggests those who have accepted God and been adopted into His family for many Christian churches. I am using the term with the broader, Latter-day Saint connotation.