How Old Were the Stripling Warriors? | Meridian Magazine 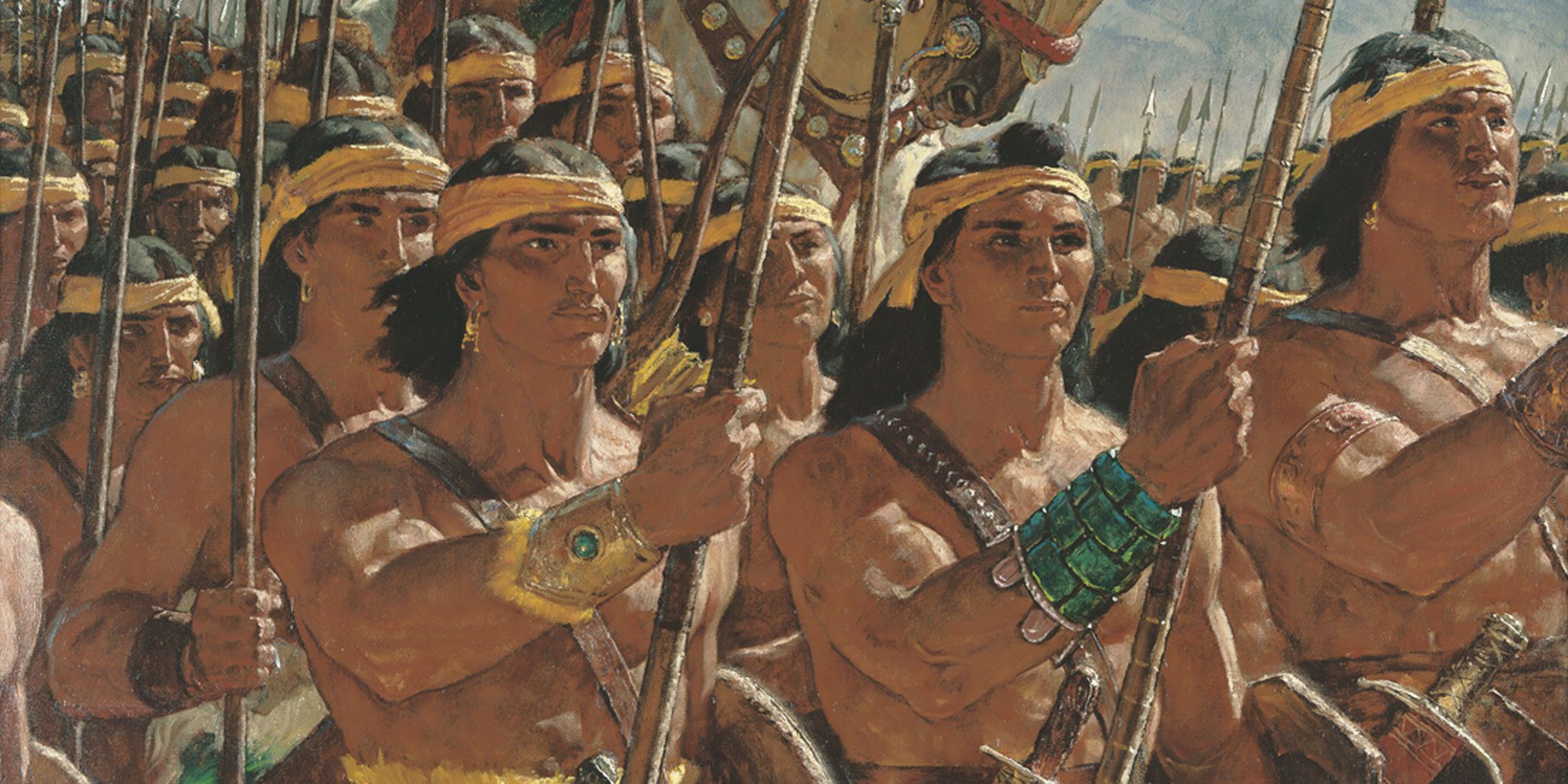 How Old Were the Stripling Warriors?

“And they were all young men, and they were exceedingly valiant for courage, and also for strength and activity”
Alma 53:20

About a year into the great Nephite and Lamanite war, the sons of the Anti-Nephi-Lehies, “who had not entered into a covenant that they would not take their weapons of war” instead “entered into a covenant to fight for the liberty of the Nephites” (Alma 53:16–17). Some have wondered just how old these “young men” were. While their fathers were still under oath not to take up arms again, these sons were old enough to fight, but young enough to have not made that oath themselves.

In ancient Israel, “twenty appears to have been the age at which Israelite males became obligated to serve in the military” (see, e.g., Numbers 1:3).[1] A handful of LDS scholars have thus proposed that the “young men” under Helaman’s command were around 20 years of age.[2] This would make them about 5 years old at the time their fathers covenanted to never take up arms again, likely too young to have joined in on their covenant making ceremony.[3]

While 20 years old may have been the appointed age for military service, John W. Welch hinted, “Some of these volunteers may have been under the legal age for military service and for that reason were not serving in the regular Nephite army.”[4] Helaman told Moroni that they were “very young” (Alma 56:46), and called them his “little sons” (vv. 30, 39), descriptions that suggest they were younger than the usual age of a soldier.

When Joseph Smith translated the Book of Mormon, the word stripling (Alma 53:22; 56:57) meant “a youth in the state of adolescence, or just passing from boyhood to manhood; a lad.”[5] Given that it was typical for young men to be married and starting a family by 17, this could indicate that some of these warriors may have been very young, perhaps between 12–15 years old.[6]

Visualizing an army of adolescents, ranging from early teens, or even preteens, to about 20, adds emphasis to key points in the narrative. It heightens Helaman’s fears “that my little sons should fall into [Lamanite] hands” and his reluctance to send them into battle (Alma 56:39). Hence, they must plead with him, “let us go,” arguing, “God is with us, and he will not suffer that we should fall” (v. 46).

Their notable youth also amplifies the greatness of their courage. In the face of an older, larger, more menacing army of blood-thirsty Lamanites, these striplings “did not fear death” (Alma 56:47). No wonder Helaman remarked, “Never had I seen so great courage, nay, not amongst all the Nephites” (v. 45).

It also magnifies the miracle. After the battle, Helaman understandably feared “lest there were many of them slain” (Alma 56:55). Upon learning that all of them had survived, he marveled, “They had fought as if with the strength of God; yea, never were men known to have fought with such miraculous strength; and with such mighty power” (v. 56). Realizing that it was an army of teenagers which fought with such incredible strength can give readers today a greater sense of God’s miraculous power.

For Mormon, this story must have been especially inspiring. Being only 15 when he was appointed as commander-in-chief of the whole Nephite army (Mormon 1:15; 2:2), he would have been intrigued to learn about a whole army of youths who had fought at an earlier time in Nephite history. Learning about how their firm faith and exacting obedience to the gospel teachings of their mothers served to strengthen them in battle would have been stirring for the young commander. It possibly led him to reflect on his own experience and see how the Lord had guided and preserved him in battle from an early age.

Today, the story continues to inspire readers of all ages, but especially youths and young adults, who face an increasingly menacing world.[7] Like the stripling warriors, through faith, courage, and obedience, youth today can overcome today’s challenges “with the strength of God” (Alma 56:56).

John A. Tvedtnes, “What Were the Ages of Helaman’s Stripling Warriors?,” Ensign, September 1992, 28.

[3] As the leader of the Church in Zarahemla, Helaman was the one who could assure the Ammonites that their sons were not bound by their father’s covenant. This may be why they chose him as their leader.

[7] One interesting modern-day application can be seen in John E. Kammayer, The Art of Nephite War (Far West Publications, 2014), chapter 19, which focuses on the application to Latter-day Saint soldiers.

In Joseph Smith's day the word stripling had a particular meaning when applied to young men. A boy became a stripling at age 12. Also interesting and never talked about is that the young men did not go off to basic training, they went irectly to war. They also took their own weapons with them... and they already knew how to use those weapons...