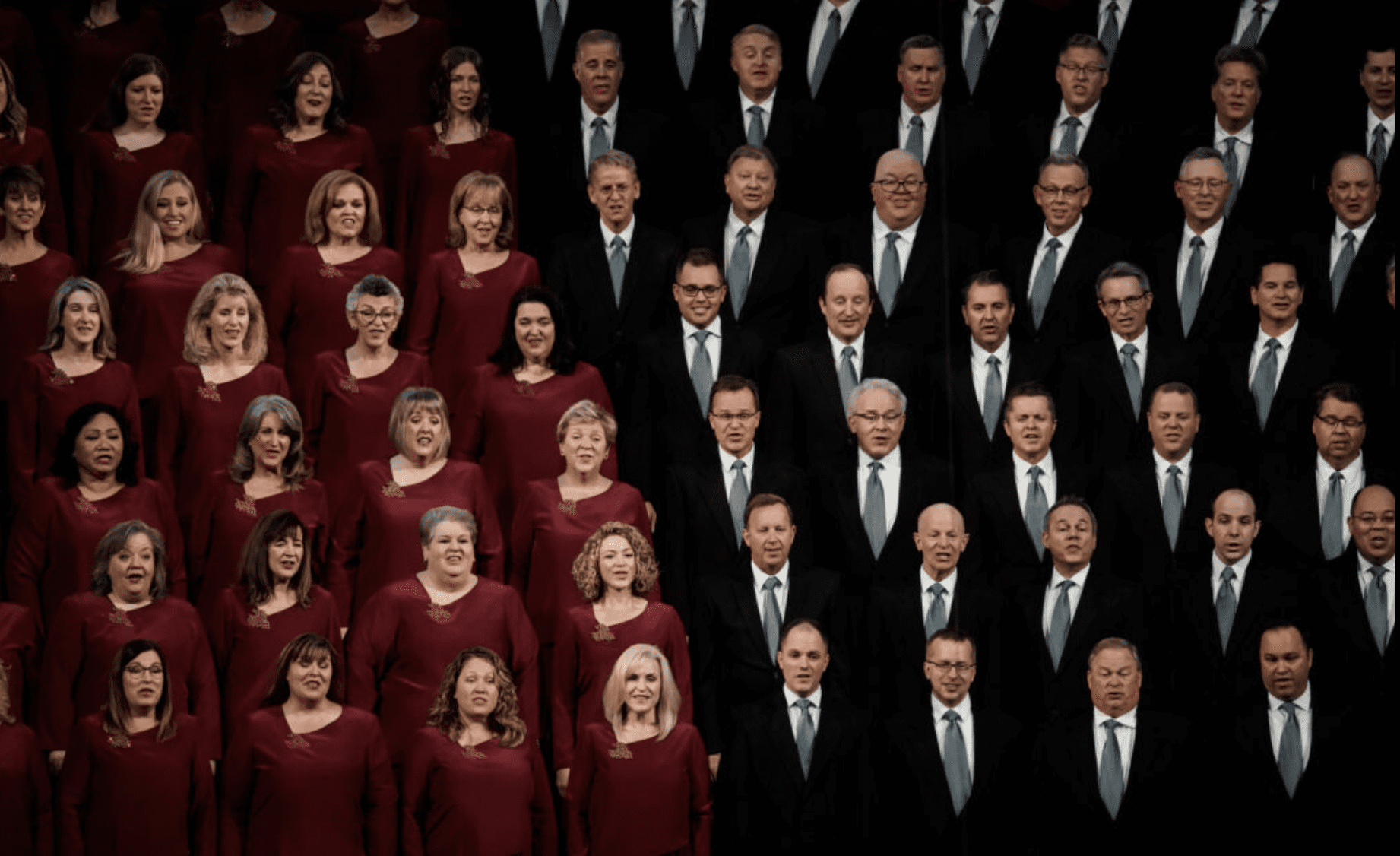 Loyal “Music & the Spoken Word” fans instantly recognize that Latter-day Saint hymn — penned over a century ago by W.W. Phelps — as the broadcast’s opening theme.

And, yes, on Sunday’s live broadcast of the venerable program, the musical strains were both gentle and sacred.

But there was also unmistakable excitement and enthusiasm. For the first time since March of 2020, the Tabernacle Choir at Temple Square performed a live Sunday broadcast of “Music & the Spoken Word.”

Under the baton of music director Mack Wilberg, the choir was joined on the Conference Center stage by the Orchestra at Temple Square and the Bells at Temple Square. The choir was at full strength, unlike during the October 2021 general conference, where half the choir sang the first day and the other half the second.

“We are thrilled to be here,” said Keith Willmore, who arrived at the Conference Center with his fellow choir members several hours before the 9:30 a.m. (MDT) broadcast for what has become routine COVID-19 testing since resuming rehearsals.

“Today’s broadcast is a dream come true. It is miraculous in many ways.”

Willmore can appreciate the miracles of today’s broadcast from multiple angles. As a bass singer, he is thrilled to be adding his voice for a live, global audience. He’s also a family physician and the medical director of Brigham Young University’s Student Health Center. He appreciates the ongoing testing and monitoring procedures in place to keep everyone safe.

“All of the precautions that have been taken are making a difference,” he said.