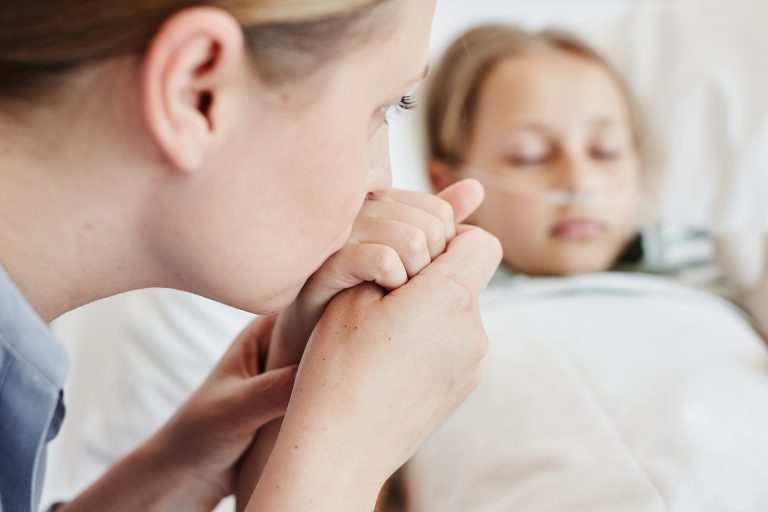 How Gratitude Can Transform Suffering

There is an old Chinese parable about Sai Weng, a peasant in ancient China who owned a horse. “You are so lucky!” his neighbors told him, “to have a horse to pull the cart for you.” “Maybe,” Sai Weng replied.

One day his son went out for a ride with the new horse.  He was violently thrown from the horse and broke his leg. “Oh no!” the neighbors cried. “Such bad luck, all over again!” “Maybe,” Sai Weng replied. A short time later, soldiers came and took away all the young men to fight in the army.  Because of his injury, Sai Weng’s son could not go off to war and was spared from certain death. “You are so lucky!” his neighbors cried. “Maybe,” Sai Weng replied.

The idea of this parable is that things are not necessarily good or bad.  We look at the things in life we love and feel very grateful to God for these things.  Yet, it is possible that some of our greatest blessings will actually come from our greatest trials.  Perhaps that is why Alma tells us that they were commanded of God to pray without ceasing, and to give thanks in all things. (Alma 26:39)

The Apostle Paul taught the same doctrine in 1 Thess 5:18, “In everything give thanks, for this is the will of God…”  Again, in Eph 5:20, we read: Giving thanks always for all things unto God…”

Is it even possible to give thanks in all things?

When Joseph Smith and other church leaders had been languishing in Liberty Jail for what seemed like endless months, Joseph cried out in anguish, asking the Lord to deliver them.  The Lord’s reply was for Joseph to have patience, “For all these things shall give thee experience and shall be for thy good.” (D&C 122:7)

For Joseph and his companions, the experience in Liberty jail was extremely difficult.  For us today, we recognize that that experience is what produced sections 121-123 of the Doctrine and Covenants, some of the most inspired scripture that we have.  For this reason, there are church historians that refer to Liberty jail as a prison temple—a place where great truth was given.  These inspired sections came at a great personal cost to Joseph and those with him, but there are millions who have turned to these sections for comfort and strength when there were difficult trials in their lives.  I am grateful for that experience of Joseph’s because these sections have been a beacon to me, when I found myself in struggling circumstances.

Brigham Young taught, “There is not a single condition of life or one hour’s experience but what is beneficial to all those who make it their study and aim to improve upon the experience they gain”. [i] That is a stunning thought—that every hour holds within it a lesson for our lives, if we will but learn from the experience of that hour!  Wow!

This principle of giving gratitude for all things was taught very tenderly to our family nine years ago.  Our beautiful three-year-old granddaughter, Madi, was diagnosed with a glioma brain tumor.  For eight agonizing months she underwent chemotherapy five days a week in a very aggressive experimental treatment.  Six of those weeks, she also had radiation therapy every day, a treatment for which she had to be anesthetized. Watching this precious tiny girl go through this brutal regimen was almost more than any of us could take.

Then a remarkable, miraculous thing happened.  Our son, Jay, (Madi’s father,) received a call from Elder Devn Cornish, who was in the Area Presidency in Atlanta. Elder Cornish explained that Pres. Monson would like to give Madi a blessing, but due to his schedule, would be unable to make the trip to Atlanta.  “Pres. Monson called me and asked me to stand in his stead and give Madi a blessing.” My son Jay was incredulous. “How is this possible? We don’t know Pres. Monson.  No one in my family knows Pres. Monson.  We don’t even know any General Authorities. How does Pres. Monson even know about Madi’s struggle?”

Elder Cornish replied that he wasn’t sure how Pres. Monson knew but he said “He actually called and asked me to do this last week.  But I’ve been incredibly busy.  He called back today to see if I had done it.  I told him I was on it!’  So, arrangements were made for a family fast.  Jay and Angie (Madi’s parents) felt that this was the miracle they had been waiting for during those past tortuous eight months.

I was in India at the time, and so was unable to attend this special blessing.  Jay later told me what happened. Following the fast, Jay and Angie took little Madi to visit Elder Cornish.  As he was Madi’s father, Jay was asked to be voice for the blessing.  Given the circumstances, Jay was determined to bless Madi to miraculously recover.

But Jay said, that as he began the blessing, instead of what he had intended to say, the words flowed directly from God. Jay prayed in essence, “We were so grateful when baby Madi arrived in our home.  We have been grateful for every precious day that we have had with her.  What a gift she has been to our family.  We now pray with all our hearts that you will heal her— if it is thy will.” Then, there was a pause before Jay continued.  “But if it is thy will that Madi come home to thee . . . we will return her with gratitude.”

When Jay recounted this experience to me, I was stunned that he could even utter those words. He assured me that they came directly from God, even though they were hard to speak.  He said that following the blessing there was a beautiful peace that descended on all in the room.

Shortly thereafter Madi died. Jay and Angie felt that that blessing gave them the eternal insight to face her death with peace and grace.  From this experience our family believes that gratitude has a wondrous healing power.

Jay shared with me a sweet thought from our Jewish friends that helped him a lot through this experience. During Passover it is a Jewish tradition to sing the Dayenu, which consists of 15 verses talking about the 15 miracles given by God to free Israel from their bondage in Egypt. As each miracle is detailed, the thought is sung that if God had granted that one miracle, but no more, even though they would have perished, it would have been enough.  (Dayenu means, it is sufficient) For example,

Verse 6: If He had split the Red Sea for us—and had not taken us through it on dry land—Dayenu, it would have sufficed.

Verse 7: If He had taken us through the sea on dry land—and had not drowned our oppressors in it—Dayenu, it would have sufficed.

And so on through 15 miracles.  The thought expressed is that even if you are not saved in the end, the process along the way is enough, if touched by God.

President John Taylor once commented on the subject of expressing gratitude for suffering: “We have learned many things through suffering. We call it suffering. I call it a school of experience. …I have never looked at these things in any other light than trials for the purpose of purifying the Saints of God that they may be, as the scriptures say, as gold that has been seven times purified by the fire.”  [ii]

“So, in giving thanks in all things, we give thanks for not just the sweet but also the bitter. We don’t show gratitude for dessert without thanking God for arugula, kale, and collard greens of life.  We thank not for just the pleasing and appealing but for that which polishes and abrades.”[iii]

In this coming year, I suspect there will by many things that polish and abrade! But as the Chinese proverb teaches, in the moment of trial, it is nearly impossible to imagine how this could possibly be a blessing. But through gratitude, through these trials we can realize blessings, opportunities, growth and life-changing experience.  My belief is that these trials can be consecrated to us for our gain and that we can actually emerge from them a little more refined and with the peace and grace that comes from being grateful.

Note:  This is the first of a two-part series of gratitude for all things.

2 Teachings of Presidents of the Church, John Taylor [2003]

Becky Douglas, I love you. From India to Idaho (where I live), you are about the business of blessing lives. God be thanked for you! Like you, I have discovered the transforming power of gratitude. My life is so much sweeter and so much more meaningful because of choosing daily gratitude. Thank you dear sister in Christ for another beautiful article.

I served as the Branch President when the George Whalen Veterans home was first opened here in my area. During one of my monthly interviews with the stake president he once asked, "I hear you say when asked that it's a wonderful calling and experience, what makes it so great " ? I replied "because there is such a spirit of gratitude there, the veterans are grateful, their families thank us, the youth and their leaders who come to do Sacrament Meeting thank us, I've even had some of the staff thank us for what we do and they are the ones who should be thanked, those who work in those facilities are underpaid and underappreciated". Never met anyone who had a true deep testimony of the gospel and also wasn't a grateful person.