How Does the Book of Mormon’s Depiction of a Loving God Fit with the Old Testament? | Meridian Magazine 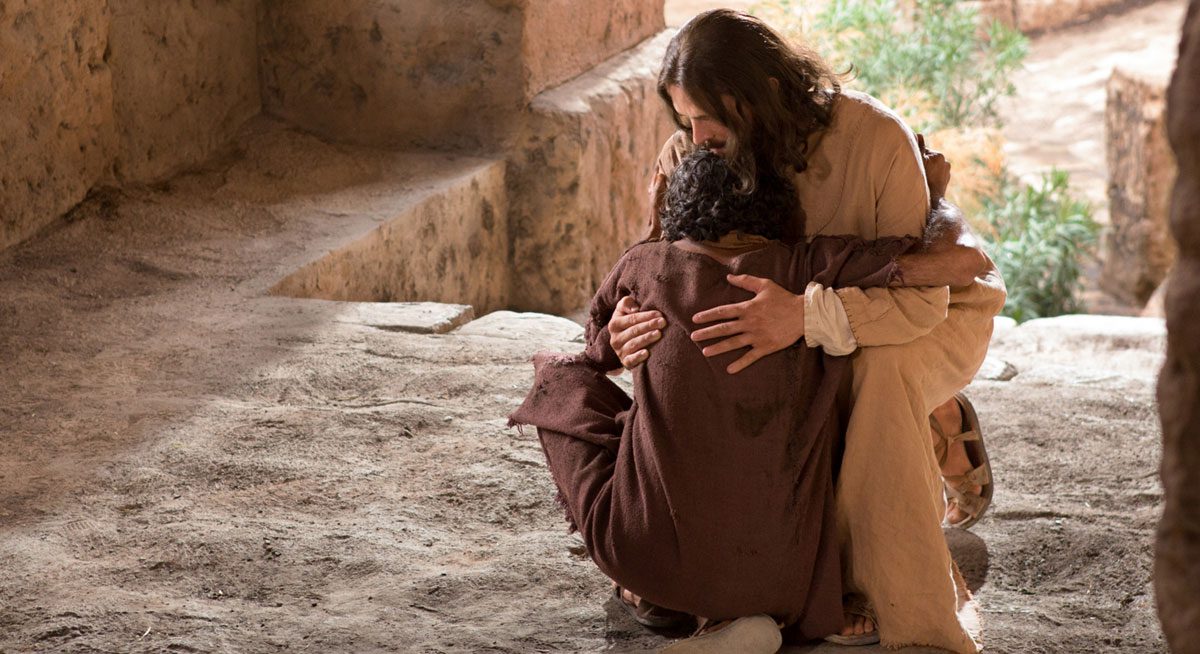 How Does the Book of Mormon’s Depiction of a Loving God Fit with the Old Testament?

“He doeth not anything save it be for the benefit of the world; for he loveth the world, even that he layeth down his own life that he may draw all men unto him. Wherefore, he commandeth none that they shall not partake of his salvation.”

In some parts of the Old Testament, the Lord can seem angry. In the book of Exodus alone, He killed the firstborn of the Egyptians (Exodus 12:12), swore to wage a perpetual war against the Amalekites (17:16), and brought a plague upon His people when they disobeyed Him (32:35). Verses like this could make it seem like the Lord is always angry. But the Book of Mormon reminds us that this is an oversimplification. Nephi, for example, testified that God “loveth His children” (1 Nephi 11:17).[1] He also testified that God “doeth not anything save it be for the benefit of the world; for he loveth the world, even that he layeth down his own life that he may draw all men unto him” (2 Nephi 26:24).

Lehi told his children, that if they “shall keep his commandments they shall be blessed upon the face of this land, and … shall dwell safely forever” (2 Nephi 1:9). However, he also told them that “if the day shall come that they will reject the … Messiah, … the judgments of him that is just shall rest upon them … and he will cause them to be scattered and smitten” (vv. 10–11). In the Old Testament, as in the Book of Mormon, people sometimes experienced terrible things when they turned from God. But God was merciful to all who repented.[8]

The Old Testament contains powerful statements about God’s love for His children. In it, God comforts us by telling us, “I will walk among you, and will be your God, and ye shall be my people. … I have broken the bands of your yoke, and made you go upright” (Leviticus 26:12–13). He reassures us that, “My presence shall go with thee, and I will give thee rest” (Exodus 33:14). The Old Testament reminds us to “be strong and of a good courage, fear not, nor be afraid … for the Lord thy God, he it is that doth go with thee; he will not fail thee, nor forsake thee” (Deuteronomy 31:6).

To those suffering economically, the Lord revealed to Hannah that, “He raiseth up the poor out of the dust, and lifteth up the beggar from the dunghill, to set them among princes, and to make them inherit the throne of glory” (1 Samuel 2:8). To those who feel distant from God, He reminds us that “the mountains shall depart, and the hills be removed; but my kindness shall not depart from thee” (Isaiah 54:10), and that “I have loved thee with an everlasting love” (Jeremiah 31:3). To those in turmoil, God promises, “I will make a covenant of peace with them; it shall be an everlasting covenant with them” (Ezekiel 37:26).

Jonathon Riley, “Why the God of the Old Testament Is Not as Angry as You Thought,” at Bible Jon’s Musings, March 21, 2018.

[3] Jonathon Riley, “Why the God of the Old Testament Is Not as Angry as You Thought,” at Bible Jon’s Musings, March 21, 2018, online at biblejonsmusings.blogspot.com.

[5] Riley, “Not as Angry as You Thought.” This does not include the Joseph Smith Translation of the Bible, which might change this count significantly. If verses like Moses 7:28, 32-33, 37, which depicts God weeping for His children, were included, one might have an even greater number of verses that describe God’s love for humankind.