How Do the Psalms Quoted in the Book of Mormon Teach about the Temple? | Meridian Magazine 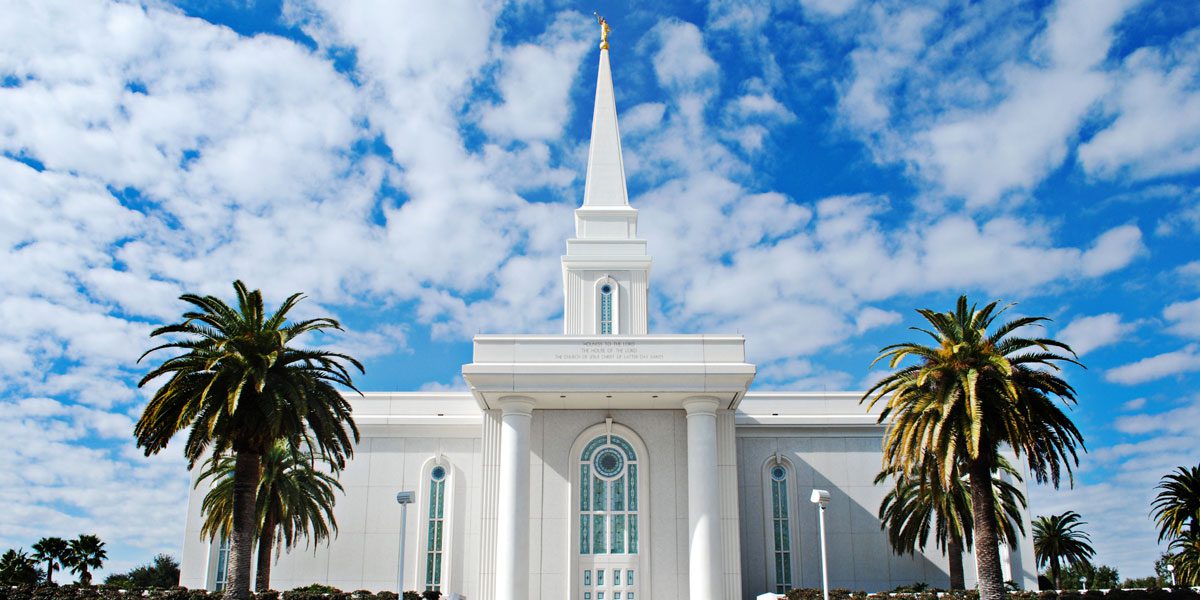 How Do the Psalms Quoted in the Book of Mormon Teach about the Temple?

“They shall believe in Christ, and worship the Father in his name, with pure hearts and clean hands.”

The Psalms mention the word “temple” more than any other book in the Old Testament except for 2 Chronicles. The Psalms have been called the “hymn book” of the ancient temple because many of them were likely read or sung during temple rituals and ceremonies. What most readers likely do not realize is that phrases and expressions from the Psalms are often used in the Book of Mormon. About 50 such references have been identified and many of them allude to a temple context.1

There is much that the Psalms can teach us about the ancient temple, as they are full of references to the temple and depictions of its rituals.2 Descriptions like those found in Psalms 24, 42, 68, 95, 118, 122, and 132 suggest that periodic pilgrimages to the house of the Lord were an important part of ancient temple worship. The people of Israel would ascend up to Jerusalem and enter the temple grounds in order to be taught the word of God, offer sacrifices, and participate in other temple rites.

These pilgrimages were probably quite similar to the gatherings at the temple that we read about in the Book of Mormon, such as those in which Jacob (2 Nephi 6–10; Jacob 2–3) and King Benjamin (Mosiah 1–6) taught their people. It is evident that Jacob, for example, understood the relevance of these particular psalms to his temple teachings because he used parts of Psalms 95, 118, and 145in his writings.3

Biblical passages such as Deuteronomy 31:11 state that the purpose of such temple gatherings was not only to hear the law of God taught, but also for “all Israel [to] come to appear before the Lord.” Scholars have determined, however, that this was not likely the original meaning of the passage. The ancient reading of the text was likely: “When all Israel comes to see the face of the Lord.”4

The idea that the original purpose of going to the temple was to “see the face of the Lord” is supported by other passages in the Psalms. For example, Psalm 17:15 declares, “As for me, I will behold thy face in righteousness: I shall be satisfied, when I awake, with thy likeness.” Psalm 11:7 is similar: “For the Lord is righteous; he loves righteous deeds; the upright shall behold his face.”

Psalm 24, a “temple entry” psalm, declares that in order to “ascend the hill of the Lord” and “stand in his holy place,” one must come with “clean hands and a pure heart” (Psalm 24:3–4). The psalm then states those entering the temple went there to “seek the face of the God of Jacob.”5

This psalm is used multiple times in the Book of Mormon. For example, Nephi prophesied that the Jews will come to recognize Jesus as their true Messiah when they worship the Father “with pure hearts and clean hands” (2 Nephi 25:16, citing Psalm 24:4).6 Alma, in his great discourse to the people of Zarahemla in Alma 5, mentioned the requirement of having “a pure heart and clean hands” in the context of “look[ing] up to God” and standing in His presence (Alma 5:18–19).7

We cannot know if ancient Israelite temple pilgrims expected to literally (rather than symbolically) see the Lord upon arriving at the Lord’s house in Jerusalem. What is certain is that this expectation was fulfilled very literally in the Book of Mormon when the people gathered around the temple in Bountiful and received the visitation of their Savior, Jesus Christ. There, they had the opportunity to experience in reality what the ancients had sought by going to the temple—they saw the face of the Lord their God (3 Nephi 11).

Another related and important part of the ancient temple rites was the idea that when the Lord appeared, He would “lift up” the light of His countenance and His face would “shine” upon the people. This was part of the priestly blessing (Numbers 6:24–26) and is mentioned repeatedly in the Psalms.8 The sight of the shining face of the Lord was supposed to effect a transfiguration in those who saw it so that their faces would also shine, as was the case with Moses on Mount Sinai (Exodus 34:29–35).

Again, this is exactly what happened during Jesus’ visit to the Book of Mormon people. In 3 Nephi 19:25, after Jesus had prayed with his chosen disciples, the record states:

These findings demonstrate that Book of Mormon authors had access to at least some of the Psalms, either from the plates of brass or from memory. The Israelites, especially the priests and Levites, knew the Psalms and sang them regularly the way that Latter-day Saints know the hymns in their modern hymn books. Jacob, for example, worked as a priest in the Nephite temple and would, therefore, be expected to know the priestly traditions of the ancient Israelites. Recognizing that Book of Mormon authors knew and quoted from the Psalms provides greater depth to their words. It also illumines the temple setting and background of much of the Book of Mormon text.

When Alma quoted Psalm 24, admonishing his Nephite brethren that they would need to have “a pure heart and clean hands” when they looked up to God and stood in His presence, he also used the related temple imagery of being transfigured by the Lord’s shining face. This is the well-known line in Alma 5:19, in which Alma asked his audience if they had “the image of God engraven upon your countenances.” In the context of the ancient temple, having one’s face become like God’s face—becoming like God through the temple experience—was one of the main purposes of the pilgrimage up to house of the Lord.9

We may not all have the privilege of actually seeing the Lord when we attend the temple, as did the Nephites at Bountiful, and those few ancient prophets, like Isaiah (Isaiah 6:1), who experienced such grand appearances.10 However, we can have the same goal of seeing the Lord through the powerful symbols and representations of the modern temple. And we can certainly determine to let ourselves be changed by this experience, allowing ourselves to become more like our Savior and our Heavenly Father there.

David J. Larsen, “Ascending into the Hill of the Lord: What the Psalms Can Tell Us about the Rituals of the First Temple,” in Ancient Temple Worship: Proceedings of the Expound Symposium, 14 May 2011, ed. Matthew B. Brown, Jeffrey M. Bradshaw, Stephen D. Ricks, and John S. Thompson (Salt Lake City and Orem, UT: Eborn Books and the Interpreter Foundation, 2014), 171–188.

David J. Larsen, “Temple Themes in the Psalms and in the Book of Mormon,” Presentation, Springville, UT: Book of Mormon Central, 2016, accessed online at archive.bookofmormoncentral.org.

John W. Welch, “The Temple in the Book of Mormon: The Temples at the Cities of Nephi, Zarahemla, and Bountiful,” in Temples of the Ancient World: Ritual and Symbolism, ed. Donald W. Parry (Salt Lake City and Provo, UT: Deseret Book and FARMS, 1994), 297–387.

2.See David J. Larsen, “Ascending into the Hill of the Lord: What the Psalms Can Tell Us about the Rituals of the First Temple,” in Ancient Temple Worship: Proceedings of the Expound Symposium, 14 May 2011, ed. Matthew B. Brown, Jeffrey M. Bradshaw, Stephen D. Ricks, and John S. Thompson (Salt Lake City and Orem, UT: Eborn Books and the Interpreter Foundation, 2014), 171–188.

4.The version of Deuteronomy 31:11 cited first is the King James translation of the “Masoretic text” of the Hebrew Bible, which is the traditionally accepted version of the Hebrew scriptures, compiled by Jewish scholars between the 7th and 10th centuries AD. The Masoretic text has dictated how the Hebrew Bible has been read for centuries and how it has been translated into modern languages. However, in ages past, previous to the work of the Masoretes, it was likely clearer that the verbal structure of the phrase should be understood as saying “to see the face of” instead of “to appear before” the Lord. See Brown, Driver, Briggs, A Hebrew and English Lexicon of the Old Testament(Oxford: Clarendon Press, 1962 edition), 816, 908.

5.The KJV of Psalm 24:6 has “that seek thy face, O Jacob,” obscuring the original meaning. Most modern translations have something akin to “who seek the face of the God of Jacob,” based on the LXX, Syriac manuscripts, etc. See Psalm 24:6 in the NIV, ESV, ERV, RSV, NRSV, and others.

6.Although the order of words in Nephi’s quotation of Psalm 24 appears to modern readers to be backwards, this is actually a great indicator that he is indeed quoting from scripture. Scholars have recognized that “when quoting from an earlier source, biblical authors often reversed its sequence.” This phenomenon is known as Seidel’s Law. See David E. Bokovoy and John A. Tvedtnes, Testaments: Links between the Book of Mormon and the Hebrew Bible (Tooele, UT: Heritage, 2003), 56–58. See also, Book of Mormon Central, “Why Does Nephi Quote a Temple Psalm While Commenting on Isaiah? (2 Nephi 25:16),” KnoWhy 51 (March 10, 2016).