How Can Trials of Faith Lead to Spiritual Growth? | Meridian Magazine 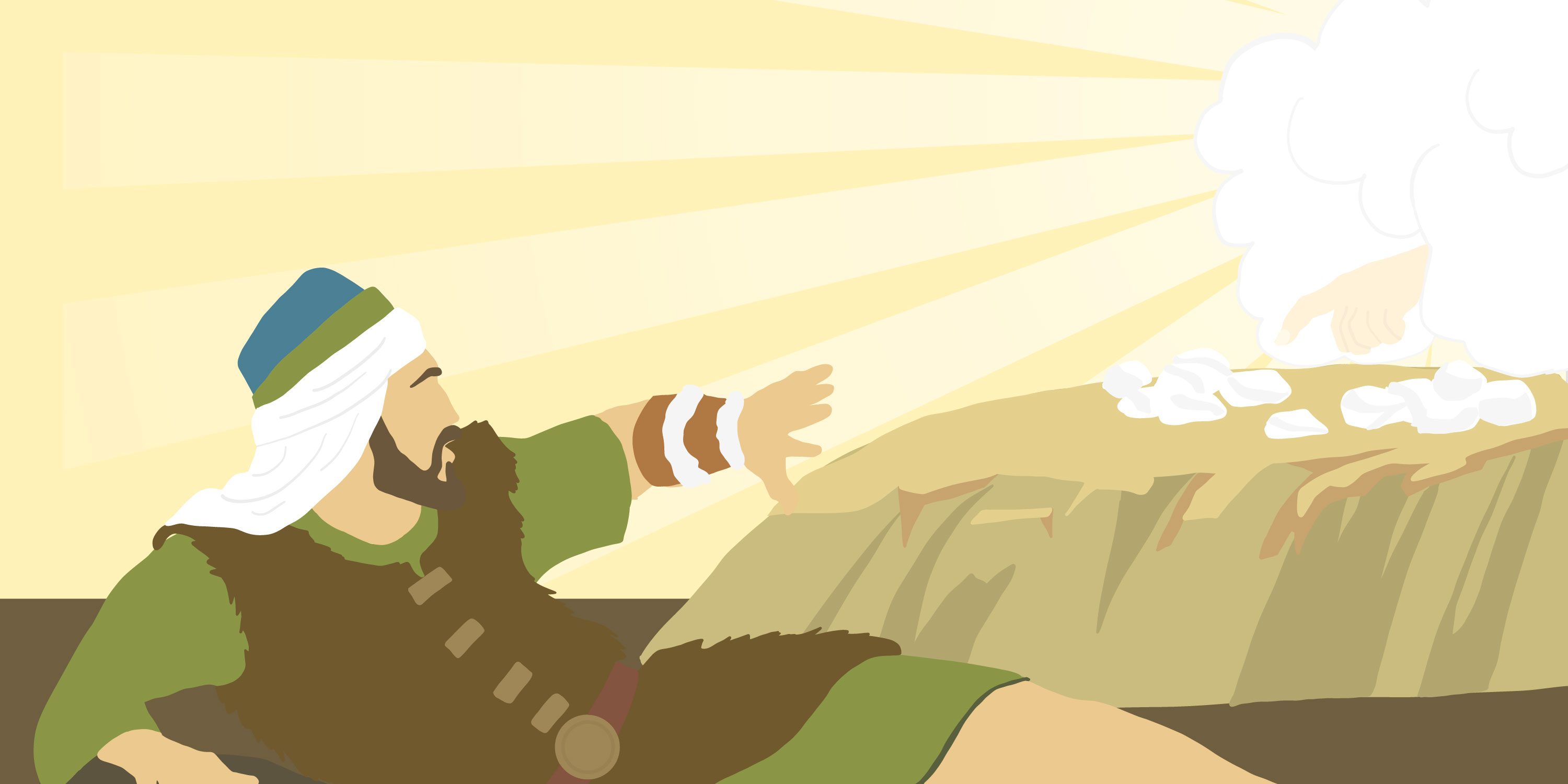 How Can Trials of Faith Lead to Spiritual Growth?

“I would show unto the world that faith is things which are hoped for and not seen; wherefore, dispute not because ye see not, for ye receive no witness until after the trial of your faith.”
Ether 12:6

In Ether 12, Moroni recorded that the prophet Ether warned the Jaredites to repent “lest they should be destroyed” (v. 3). Sadly, the people would not believe Ether’s “great and marvelous” prophecies “because they saw them not” (v. 5). Building on this point, Moroni declared, “I would show unto the world that faith is things which are hoped for and not seen; wherefore, dispute not because ye see not, for ye receive no witness until after the trial of your faith” (v. 6).[1]

The word trial in Joseph Smith’s day could mean (1) an “examination by a test,” (2) an “experiment,” (3) a testing “experience” (4) a legal “examination” or (5) a “temptation.”[2] In earlier periods of English, a trial was also used to determine “a person’s guilt or innocence, or the righteousness of his cause, by a combat between the accuser and accused.”[3] This type of ritualized combat was also well known throughout the ancient world.[4] In the New Testament, Peter referred to a “trial of your faith” as “being much more precious than of gold that perisheth, though it be tried with fire.”[5] The Greek word translated as trial often refers to purifying precious metals.[6]

Several of these definitions are thematically present in various Book of Mormon accounts of trials. In Alma 1 those who followed Nehor began to persecute the believers, resulting in a “great trial [test or temptation] to those that did stand fast in the faith” (v. 25). Alma invited the poor among the Zoramites to “try the experiment” of planting the word of God in their hearts (Alma 32:36). Enos described his trial as a “wrestle [combat] which I had before God, before I received a remission of my sins” (Enos 1:2).[7] Alma similarly described this type of trial as “wrestling with God in mighty prayer” (Alma 8:10).

Several of Moroni’s examples of faith in Ether 12 relate to legal trials and imprisonment. He taught that “by faith was the law of Moses given” (v. 11). By faith, Alma and Amulek “caused the prison to tumble to the earth” after enduring an unjust legal trial at Ammonihah (v. 13).[8] When Nephi and Lehi were unjustly cast into prison by an army of Lamanites, they “wrought [a] change upon the Lamanites” (v. 14).[9] “Ammon and his brethren,” who faced servitude and imprisonment, similarly performed a “great a miracle among the Lamanites” (v. 15).[10]

Moroni may have thematically referenced trials by fire by recounting stories dealing with literal or metaphorical burning. He mentioned Christ’s appearance to the Nephites (Ether 12:7), which immediately followed cities being burned (3 Nephi 9:3).[11] He mentioned Alma and Amulek being cast into prison (Ether 12:13), which immediately followed the burning of the believers and their scriptures (Alma 14:14). He stated that the Lamanites were “baptized with fire” through the faith of Nephi and Lehi (Ether 12:14). And he even mentioned the three disciples (Ether 12:17), who were literally tried by fire when they were thrown into a furnace (4 Nephi 1:32).

After relating so many examples of faith followed by miracles, Moroni delivered a farewell to his readers and then finished the sad tale of the Jaredites’ utter destruction.[12] While those who acted in faith repeatedly witnessed a blessing or miracle after their trials, the Jaredites witnessed their own prophesied destruction (see Ether 13–15).

Moroni’s famous chapter on faith shows that both blessings and divine punishments are often delayed. Elder Spencer W. Kimball explained, “If pain and sorrow and total punishment immediately followed the doing of evil, no soul would repeat a misdeed. If joy and peace and rewards were instantaneously given the doer of good, there could be no evil—all would do good and not because of the rightness of doing good.”[13] Through repeated and sometimes lengthy periods of trial and testing, we are given greater freedom to determine and then act out the truest desires of our hearts.

Moroni’s stories of faith also demonstrate the diversity of our trials and the consistency of God’s blessings. Sometimes we are the ones actively performing the test, just like the poor among the Zoramites who were invited to test or experiment upon the word of God. At other times, the circumstances of mortality, including others’ choices over which we have no control, test us. Moroni’s multiple references to legal trials and imprisonment offer powerful examples of patiently enduring others’ wicked actions. And all of us are invited to symbolically “wrestle” with the Lord Himself in mighty prayer, just like Enos and Alma.

Whatever their form, our mortal trials provide essential opportunities for spiritual growth.[14] Elder Neil L. Andersen has taught, “Like the intense fire that transforms iron into steel, as we remain faithful during the fiery trial of our faith, we are spiritually refined and strengthened.”[15] With this perspective in mind, we can more courageously echo the psalmist’s wise petition: “Examine me, O Lord, and prove me; try my reins and my heart” (Psalm 26:2).

[4] For a general treatment of ritual combat in the ancient world, see Hugh Nibley, Temple and Cosmos, The Collected Works of Hugh Nibley, Volume 12 (Salt Lake City and Provo, UT: Deseret Book and FARMS, 1992), 73–77. For ritual combat in an ancient Mesoamerican context, see Allen J. Christenson, “Maya Harvest Festivals and the Book of Mormon,” Review of Books on the Book of Mormon 3 (1991): 1–31.

[5] It should be noted that Moroni’s phrase “trial of your faith” in Ether 12:6 uses the very same wording found in 1 Peter 1:7. This phrasing is also very similar James 1:3, which speaks of the “trying of your faith” producing patience and a “perfect work.” James’ description of a “perfect work” may, like Peter’s comment on trials, actually be a reference to a pure or perfect metal, one that has been purged of its impurities. See Luke Timothy Johnson, The Letter of James: A New Translation with Introduction, and Commentary, Anchor Bible 29 (Garden City, NY; Doubleday, 1995), 176–177.

[7] Enos seems to have intentionally compared his trial to that of Jacob, the great patriarch of the Old Testament. See Matthew L. Bowen, “‘And There Wrestled a Man with Him’ (Genesis 32:24): Enos’s Adaptations of the Onomastic Wordplay of Genesis,” Interpreter: A Journal of Mormon Scripture 10 (2014): 151–160.

[9] In Helaman 5, we learn that in response to Nephi and Lehi’s preaching, there were “eight thousand of the Lamanites who were in the land of Zarahemla and round about baptized unto repentance” (v. 19). Later, during Nephi and Lehi’s miraculous deliverance from prison, the “Holy Spirit of God did come down from heaven, and did enter into [the Lamanites’] hearts, and they were filled as if with fire” (v. 45). There is no direct evidence that Nephi and Lehi faced a formal legal trial by the army of Lamanites who imprisoned them, but Mormon did mention that they were cast into “that same prison in which Ammon and his brethren were cast by the servants of Limhi” (v. 21). This is almost surely the same prison in which Abinadi would have faced his trial before King Noah and his priests. Similar to Abinadi, whose face shone like unto Moses, Nephi and Lehi “were encircled about as if by fire, even insomuch that [the Lamanites] durst not lay their hands upon them for fear lest they should be burned” (v. 23). Thus the context and details of Nephi and Lehi’s imprisonment, which played a pivotal role in the Lamanites’ conversion, seem to be linked to important imprisonments and legal trials in Nephite history.

[10] Although Ammon didn’t face an elaborate legal trial, he was bound and carried before the king, whose pleasure it was to “to slay [captive Nephites], or to retain them in captivity, or to cast them into prison, or to cast them out of his land, according to his will and pleasure” (Alma 17:20). Assuming that this Lamanite “custom” was widespread (v. 20), Ammon’s brothers would have faced a similar type of legal trial before they were “cast into prison” (Alma 21:14).

[11] When Jesus ministered among the Nephites, He quoted Malachi’s prophecy that the Lord, at His coming, would be like a “refiner’s fire” and that He would “sit as a refiner and purifier of silver … and purge [the Levites] as gold and silver” (3 Nephi 24:2–3; cf, Malachi 3:2–3). It is thus possible that by referencing Christ’s sudden appearance to His people, Moroni had this imagery of trial or purification by fire in mind.

[13] Elder Spencer W. Kimball, “Tragedy or Destiny,” in Teachings of Presidents of the Church: Spencer W. Kimball (Salt Lake City, UT: The Church of Jesus Christ of Latter-day Saints, 2006, this quote is from a 1955 BYU devotional), 15.