How Can Keeping “the Unity of the Faith” Help Us Be “the Temple of God”? | Meridian Magazine 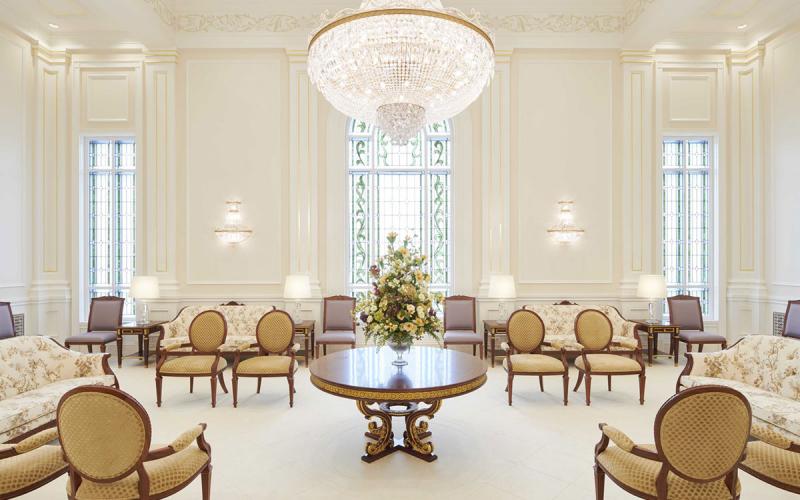 How Can Keeping “the Unity of the Faith” Help Us Be “the Temple of God”?

When writing to the saints in Corinth, Paul strongly emphasized that there should “be no divisions among you; but that ye be perfectly joined together in the same mind and in the same judgment” (1 Corinthians 1:10). He tried to teach them that there should be no contentions among them, and that “Christ” should not be divided (vv. 11, 13). The preaching of Christ should serve to unite them and not be a stumbling block, as it often was among the Jews at the time.

In the Book of Mormon, the prophet Jacob also made reference to Christ and how rejecting Him would cause individuals to stumble (Jacob 4:15). Jacob compared Christ to a stone upon which a “sure foundation” can be built (v. 16; cf. Helaman 5:12). This symbolism borrows from Psalm 118:22 and Isaiah 28:16, which depict the Lord laying a “cornerstone” as the foundation for Zion, or for the Temple. Jacob used another related verse from Isaiah that says the Lord of Hosts Himself will be a “stone of stumbling”—but that He will also “become a sanctuary” or “temple” (Isaiah 8:14). Jehovah would become a metaphorical or spiritual temple, a place of holiness, blessing, and safety, for those of the house of Israel who remained faithful.

In an epistle to the Ephesians, Paul used some of the same Old Testament passages to teach that the saints were “of the household of God” (Ephesians 2:19)—the word “household” being translated from the Greek word oikeioi, whose root-word oikos can mean “house” or “temple.” Paul continued by explaining that the members of the Church “are built upon the foundation of the apostles and prophets, Jesus Christ himself being the chief corner stone; In whom all the building fitly framed together groweth unto an holy temple in the Lord” (Ephesians 2:20–21). Paul here depicts Christ as the cornerstone of a spiritual “holy temple,” which is equated with the whole Church, and specifically the members who make up that Church (vv. 21–22).

There were other religious leaders around the time of Christ that also understood the Scriptures as implying that the body of believers should be seen as a spiritual temple of God. The authors of some of the Dead Sea Scrolls found at Qumran saw their own community as the Temple of God. The text known as 1QRule of the Community [1QS] 9:5–7 states:

Paul suggested that not only would the whole Church, as a body, be the temple of God, but each individual member’s body would be a temple as well. Just as Jesus could refer to His body as a temple (John 2:19–21), Paul similarly declared to the saints in Corinth that “your body is the temple of the Holy Ghost which is in you” (1 Corinthians 6:19; cf. 3:16–17). In his second epistle to the Corinthians, Paul further asserted that “ye are the temple of the living God; as God hath said, I will dwell in them, and walk in them; and I will be their God, and they shall be my people” (2 Corinthians 6:16). In order for this to be the case, the saints needed to be “separate” from the wicked and “touch not the unclean thing” (v. 17).

Although each member’s body can, very importantly, be seen as a temple, Paul emphasized that there is essentially “one body”—the community of believers in Christ (Ephesians 4:4). Defining this body, he declared that there was “One Lord, one faith, one baptism, one God and Father of all, who is … in you all” (Ephesians 4:5–6). Just as he had previously made reference to apostles and prophets being part of the foundation of this spiritual temple (Ephesians 2:20), Paul now emphasizes that apostles, prophets, and other church leaders were given by God for “the perfecting of the saints … for the edifying of the body of Christ: Till we all come in the unity of the faith” (Ephesians 4:11–13). Following the guidance of these leaders can help us to make sure we are part of “the temple of God.”

Going back to 1 Corinthians, Paul admonished that to be part of the “fellowship” of the community/temple of God, there could be no “contentions” or “divisions” among the saints and that they needed to be “perfectly joined together in the same mind and in the same judgment” (1 Corinthians 1:9–10). This type of unity should remind us of Enoch’s people, of whom it was said, “the Lord called his people Zion, because they were of one heart and one mind, and dwelt in righteousness; and there was no poor among them” (Moses 7:18). We are told that “Enoch and all his people walked with God, and he dwelt in the midst of Zion” (Moses 7:69), just as He would dwell in a temple.

Psalm 132:13 informs us that “the Lord has chosen Zion; he hath desired it for his habitation.” If we are perfectly joined together, separate ourselves from the wicked, and keep ourselves from unclean things, as Paul taught, we can, both as a community and individually, be God’s temple. He will say of us: “I will dwell in them and walk in them; and I will be their God, and they shall be my people” (2 Corinthians 6:16). For these blessings to be realized in our lives, perhaps we should periodically ask ourselves Paul’s question: “Know ye not that ye are the temple of god, and that the Spirit of God dwelleth in you?” (1 Corinthians 3:16).

1.See Theodor Herzl Gaster, trans., The Dead Sea Scriptures in English Translation (Garden City, NY: Anchor, 1964). Compare 4QFlorilegium 1:6, where God is seen as building His own Temple, which consists of the community in which He dwells. See further discussion in Bertil E. Gärtner, The Temple and the Community in Qumran and the New Testament: A Comparative Study in the Temple Symbolism of the Qumran Texts and the New Testament (Cambridge: Cambridge University, 1965), 16–18, 44–46.