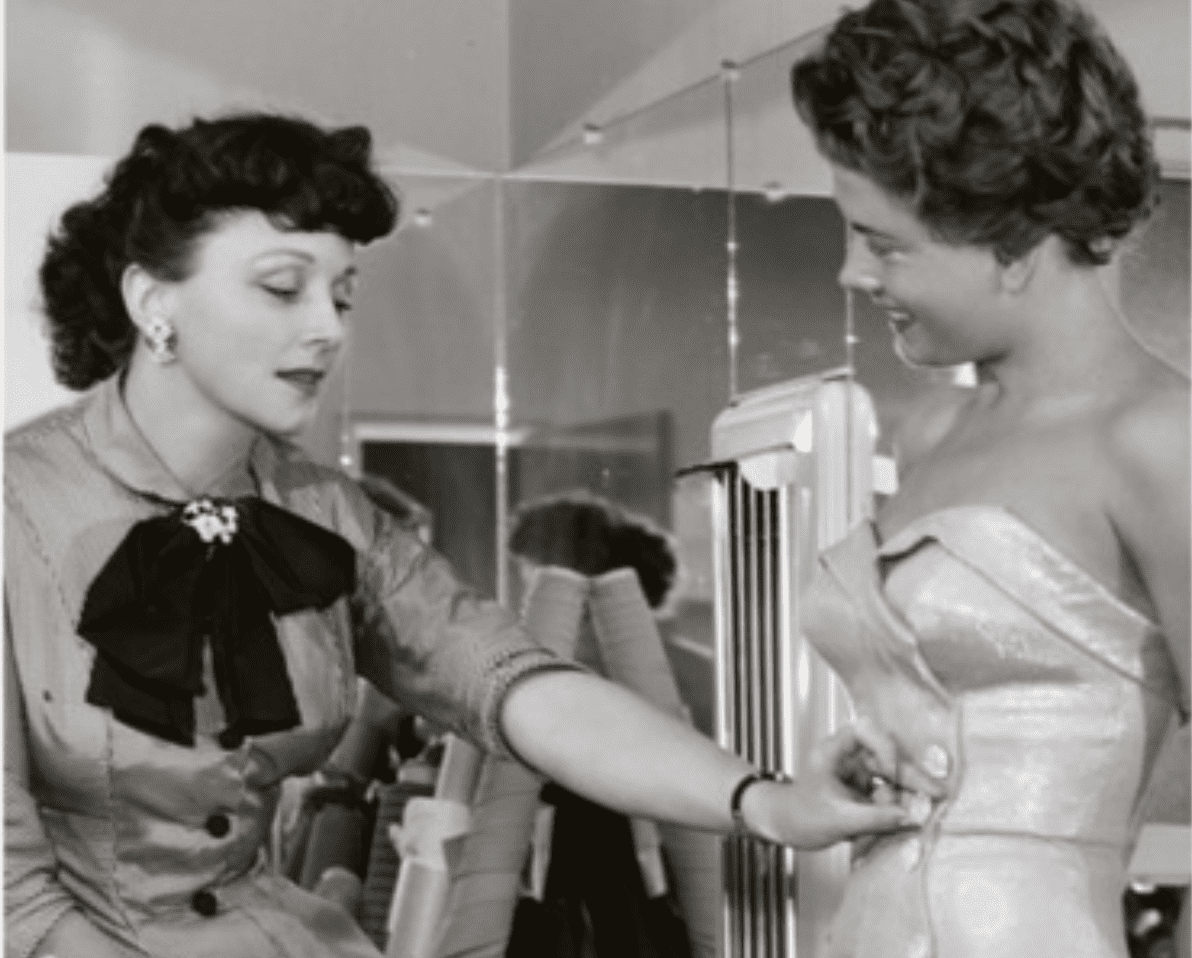 Rose Marie Reid exemplified being a strong and devout member of The Church of Jesus Christ of Latter-day Saints despite the glamour of Hollywood and celebrity life. As a result, she succeeded in the fashion world without straying from her beliefs about modesty. . . .

In September 1925, Marie purchased a beauty salon in Baker City, Oregon, and Rose Marie worked with her mother in the salon while her brothers set up a painting studio next door. Her brothers began taking painting lessons from traveling artist Gareth Rhynhart, whom they had known in Cardston, but after two weeks, Rhynhart refused to continue to teach them unless he could marry Rose Marie. Even though she was not interested, she agreed to the marriage because she wanted her brothers to continue with their art lessons—an arrangement Rose Marie’s family did not know about until many years later. The marriage did not last long; Rose Marie divorced Rhynhart in 1935.

After her divorce, Rose Marie moved to Vancouver, British Columbia, and began taking swimming lessons from Jack C. Reid; she soon fell in love with him, and they planned to marry. Rose Marie’s family was not so keen on the union. They did not like the idea that Reid was not a member of the Church, but Rose Marie assured them that he would join the Church. He did exactly that, and the two were married soon afterward.

Jack, who spent many hours at the swimming pool, was not happy with the swimsuits of the day. They were made of wool and when soaked in water became heavy and uncomfortable. Rose Marie decided to make a new swimsuit for Jack; she cut a pair of swim trunks from an old duck-fabric coat and laced the sides for a snug fit. Jack loved the suit and wanted Rose Marie to design similar suits for the Hudson Bay Department Store to sell. Leery of selling swimsuits, Rose Marie turned to the Lord, kneeling in prayer and asking if God wanted her to make bathing suits. The day after she received an affirmative answer, Rose Marie found some beautiful fabric with which to make a woman’s swimsuit with laces up the sides. Seeing the design, the Hudson Bay buyers ordered ten dozen men’s and six dozen ladies’ suits—and Reid Holiday Togs, Ltd., began.