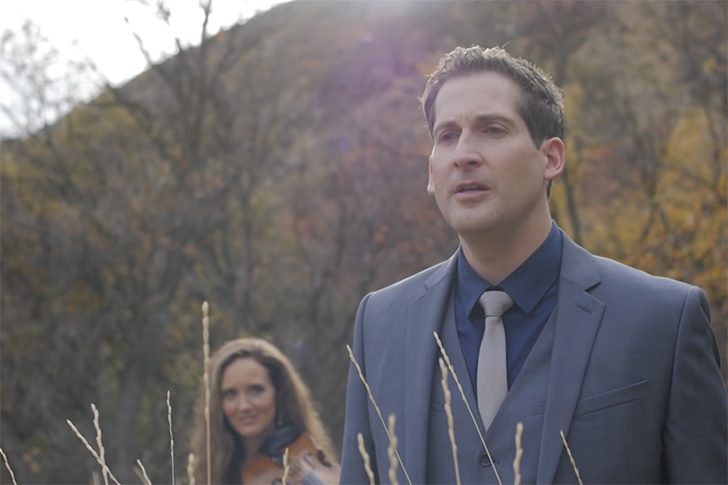 We have known Jenny Oaks Baker and Dallyn Bayles for a lot of years and we love them, not only for the supreme quality of their music, but more importantly for the quality and purity of their souls.

Jenny was living in Washington, DC the same time we were and sometimes we would see her every week because we shared the same ward building. She was first seat violinist in the National Symphony Orchestra and she earned her name as America’s Violinist. She has given herself to so much practice and perfection of her skill, her whole body has become one with her instrument and she performs with her whole soul. If you have never witnessed her live, try to see her this season. Here is a link to her remaining Joy to the World concerts this season:  CLICK HERE.

Dallyn Bayles is as pure as his voice sounds. Maybe it’s partially because he comes from the small town of Green River, Utah. He’s a professional actor, singer and recording artist. Dallyn performed with the Broadway touring company of The Phantom of the Opera understudying and performing the roles of Phantom, Raoul and Andre. He played Enjolras on the Broadway tour of Les Misérables and was part of the show’s China premiere engagement that starred Colm Wilkinson. In New York City, he performed with Stephen Schwartz and Norm Lewis in the industry reading of Children of Eden playing the role of Adam. He also played Villefort in the Tuacahn New Works reading of The Count of Monte Cristo with Frank Wildhorn and Jack Murphy. His list of amazing achievements with his voice and acting goes on and on. To read all about him, CLICK HERE.

The Lyceum Philharmonic is the official orchestra of the American Heritage School located just 5.4 miles from our home! This group of talented young people are impressive and powerful in their performances. The school they represent is one of the most impressive if not the most impressive schools we have ever seen or been associated with. We love hearing the sound that comes from this young orchestra. Look at their school by CLICKING HERE.

Put these all together and you have the following beautiful music video with 5.4 million views of Savior, Redeemer of my Soul. Give yourself a break and listen to this amazing combination.