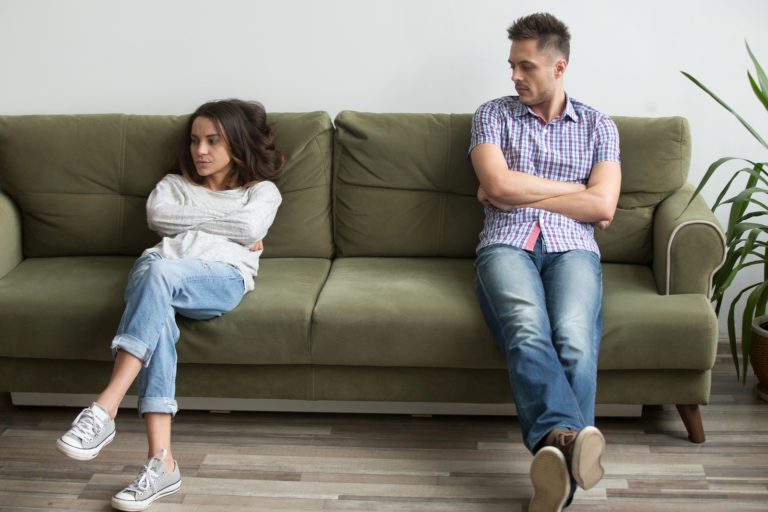 In Rachel Joyce’s fictional story: The Unlikely Pilgrimage of Harold Fry, you meet Harold, a retiree, and his wife, Maureen, who have lived in a small English village for many years. It is not a happy home, especially since the suicide of their only son, and “marriage” is not an accurate label for their living arrangement. They co-exist under the same roof but live separate lives. Maureen finds most everything Harold does an irritant, including the way he butters toast. Harold lives colorlessly as one predictable day blends routinely into the next, that is, until a letter arrives.

Harold doesn’t recognize the shaky handwriting or the return address. Jumping to the signature, he sees it is from Queenie Hennessy, a woman with whom he worked twenty years ago. The short letter thanks Harold for being a good co-worker, asks to be remembered to Maureen, and tells Harold she is dying of cancer. As memories come, Harold feels guilt as he recalls an incident wherein he let Queenie take the blame for a mistake he made. But being practiced at detached emotion, he composes a brief response and walks to the mailbox to mail the letter.

On the way he feels an overwhelming desire to walk the six hundred and twenty-seven miles from his home in Kingsbridge to the hospice facility at Berwick-upon-Tweed to visit Queenie. He believes that as long as he is walking, Queenie will live. As he walks he meets fellow human beings who help him on a journey of self-realization.

When he has been gone about six-weeks, Maureen realizes she misses Harold. Later she decides to drive to Berwick-upon-Tweed to pick him up and has her own adventures in reconciling her past. In these separate journeys of discovery and healing, painful memories are challenged and opened up to expose them to the fresh air of understanding. Happy memories surface as a healing balm to resolve loss and regret. Sweetly, their parallel lives merge and the reader assumes they live happily ever after, which happens in fiction.

Yet, there is truth: Emotionally healthy individuals in parallel marriages can grow closer, if they so desire. This idea resonates, which explains why the book has been on the bestseller list for years. The world is full of Harolds and Maureens who go on day after day, year after year, desperately seeking personal satisfaction because they don’t know how to find fulfillment in marriage.

Reality tells us that no marriage is perfect but as the years advance, some get pretty close. President Gordon B. (1910-2008) and Sister Marjorie Hinckley (1911-2004) gave examples of their way of interacting with mutual respect, concern for each other’s wellbeing, and encouraging each other to develop their separate talents. Sister Hinckley summed the freedom she felt to be herself: “From the very start he gave me wings to fly.”

Most couples are somewhere in the middle—not experiencing all the closeness they want, but neither are they annoyed, resentful, or angry much of the time. And living parallel lives is much better than divorce because it leaves the door open for improvement.

The currency of the emotional bank account is trust. If regular deposits of trust such as personal integrity, expressions of confidence, understanding the other’s point of view, saying I’m sorry, being sorry, speaking kindly, being kind, not overreacting, being patient, being a friend, using words of appreciation, watching for the good, sincerely complimenting, turning toward rather than turning away, the marriage builds a firm foundation.

This may sound overwhelming, but it doesn’t take much. In sacrament meeting recently I watched such a deposit. A young husband and wife sat in front of us. The father had the three year old on his lap and two boys, ages nine and seven, on either side of him. The mother had the ten-month-old baby on her lap and two girls, ages five and eleven, on either side of her. (To me, their lives appear pretty overwhelming.) At one point the wife put out her hand and touched her husband’s arm. He turned to her and they exchanged smiles—a simple emotional deposit, made and acknowledged. These moments of deposit add up.  Like with deposited money, interest accrues.

Emotional withdrawals come in moments of discourtesy, betraying trust, disrespecting, overreacting, being impatient, criticizing, being secretive, attacking, talking down, name-calling, stonewalling, being selfish, tuning out, watching for mistakes, bringing up past hurts, focusing on vulnerabilities. And just like with money, emotional bank accounts can be overdrawn.

Because life is life, regrettable interactions inevitably come. Because life is life, every marriage experiences conflict. Harold and Maureen allowed their son’s suicide to tear them apart, but through the intervention that came in Queenie’s letter—we could call it the Queenie Factor—what could have caused them to draw further into their separateness, became the magnet that drew them closer.

If that’s true, you may be wondering, why Harold and Maureen failed to pull the heavy load of their son’s suicide together? You know, of course, it wasn’t the suicide. The parallel patterns of behavior were already in place—perhaps making big decisions unilaterally, perhaps creating an emotional, intellectual, and/or physical fence, perhaps valuing work, hobbies, or friends over the marriage. Perhaps. Perhaps. Perhaps.

The good news is you don’t have to walk the length of England to start healing a parallel marriage. If you desire a more intersecting marriage, consider making a deposit in your spouse’s emotional bank account today.