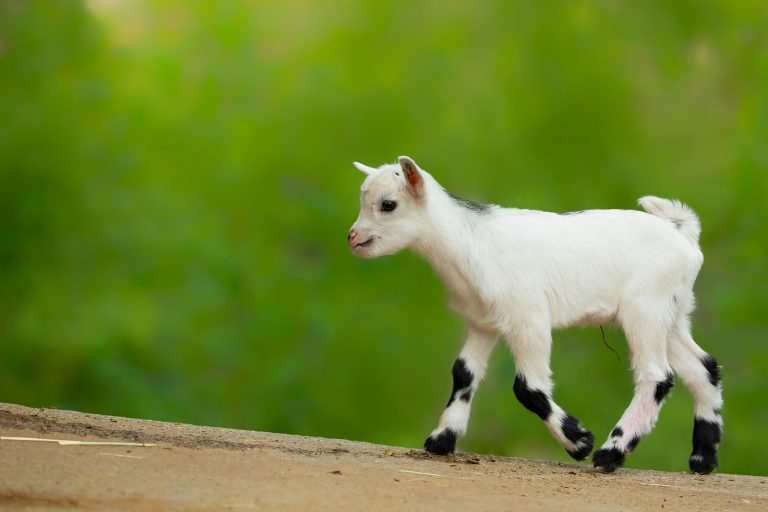 Lilly had a terrible dislike of goats, and she didn’t know why. It seemed a little beyond reason. She couldn’t find the slightest enjoyment, even in the little ones. While other children would play with the goats and pet them, she would walk away in disgust.

When she became a teenager, the neighbors got some baby goats. Many people in their rural community gathered to pet them and feed them handfuls of grass and hay. But Lilly didn’t even want to go see them. She only went with the others under duress from her friends’ teasing, and she stood away from the pen, rolling her eyes in disgust.

“Not a bit,” Lilly replied.

“You know, Lilly,” her mother said, “you really ought to work on your attitude about goats. Goats can be quite useful.”

“In what way?” Lilly asked.

“They can eat down weeds,” Lilly’s mother replied.

“And some people milk them,” Lilly’s sister said.

“And if they’re big and ornery, they can smash things,” Lilly’s older brother said. “Especially if they are males and have big horns.”

The way he said it made Lilly think there was more to his statement than the words indicated. Their mother must have thought so, too.

“Matthew, is there something more you want to tell us?” their mother asked.

“There seems to be something behind your words that you’re holding back.”

“Really,” their mother replied. “Why don’t you share it with us?”

Matthew looked at the others staring at him and slowly said, “Well, there might have been a minor incident some years ago.”

“Go on,” their mother said.

Then the story came out.

Some years earlier, when Lilly was about three, some of Ethan’s friends had a mean billy goat with big horns. The boys would jump the fence and get the goat to chase them. They would scramble to safety over the fence poles at the last minute and watch the goat slam full force into the wood. The goat would then shake his head and bleat out a warning to any would-be trespassers. The boys loved it and would laugh and do it again.

But one day, one boy was too slow, and the goat caught him with his horns. The boy got a broken leg out of the deal, and none of them dared climb in the pen with the goat again.

Not wanting to lose their fun, they tried to figure out what else they could do. They would twirl sticks through the fence, throw an end of a rope over, or wave clothes at the goat. But the goat didn’t charge. That was what they were doing when little three-year-old Lilly came wandering by. One of the neighbor boys instantly had an idea. The boys, with their adolescent mentality, never considered the possible consequences of their actions. Instead, they held Lilly over the fence, and the goat charged. They pulled her out well before the goat hit the fence.

Her screams not only brought the goat charging at them, but it brought their mother from the house. The boys realized that it had been a stupid idea. Ethan admitted he trembled at the thought of what might have happened, and that he could have hurt his little sister. All the boys were glad Lilly was safe, and nothing really bad had happened during their lack of judgment. And they never bothered the goat again.

The boys pretended innocence and never admitted to it. Ethan said Lilly never seemed to like goats after that.

“Oh, and I wonder why?” Lilly said sarcastically. “And to be honest, I’m beginning to wonder how I feel about certain boys, too.”

But knowing a possible reason why she felt as she did helped Lilly. After that, she even began to like goats a little—at least, the baby ones.