Groundbreakings Announced for Temples in Syracuse and Tooele | Meridian Magazine 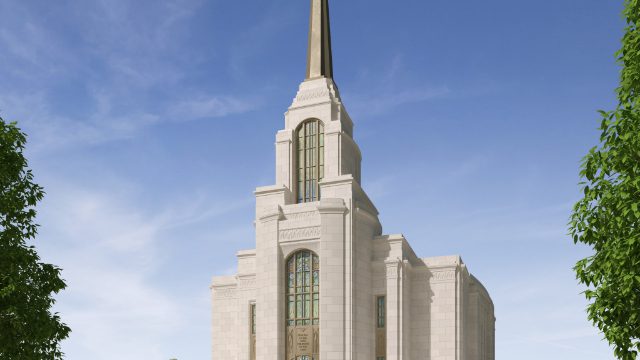 Groundbreakings Announced for Temples in Syracuse and Tooele

Groundbreaking dates have recently been announced by the First Presidency of The Church of Jesus Christ of Latter-day Saints for the Syracuse Utah Temple and the Deseret Peak Utah Temple.

Elder Brook P. Hales of the Quorum of the Seventy will preside at the groundbreaking ceremony for the Deseret Peak Utah Temple, which will be held in May 2021.

Originally named the Tooele Valley Utah Temple, the First Presidency renamed this future house of worship in January 2021. The Deseret Peak Utah Temple will be built west of the intersection of 2400 North and 400 West in Tooele.

Plans call for a three-story temple of approximately 70,000 square feet. The site will also have a 20,000-square-foot meetinghouse.

Elder Kevin R. Duncan of the Quorum of the Seventy will preside at the groundbreaking ceremony for the Syracuse Utah Temple, which will be held in June 2021. The temple will be built on a 12-acre site at the intersection of 2500 West and 1025 South in Syracuse.

Plans call for a three-story structure that will be about 89,000 square feet.

From the Church Newsroom:

In order to comply to with state and local guidelines, attendance at the groundbreaking ceremonies is by invitation only. Photos and video of the events will be available to the media and public on Newsroom after the groundbreaking services.

The Syracuse Utah Temple was announced in April 2020 and the Deseret Peak Utah Temple in April 2019 by Church President Russell M. Nelson. Utah has nearly two dozen temples announced, under construction, under renovation or in operation. In addition to the temples in Syracuse and Tooele, temples are under construction in Layton, Orem, Saratoga Springs, St. George, and Taylorsville, Utah.

There are more than 2.1 million Latter-day Saints in Utah, about two-thirds of the state’s population of over 3.2 million residents.

Each temple is considered a “house of the Lord” where Jesus Christ’s teachings are reaffirmed through baptism and other ordinances that unite families for eternity. In the temple, Church members learn more about the purpose of life and make covenants to follow Jesus Christ and serve their fellow man.