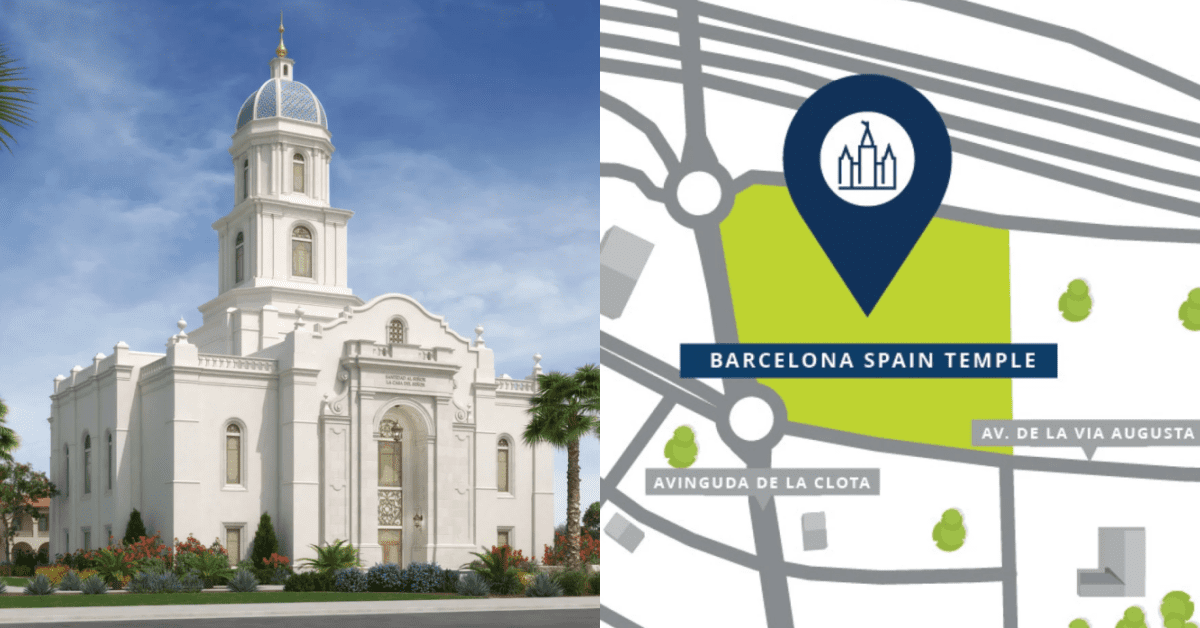 Progress continues to be made on new temples around the world. The latest updates come from Mexico and Spain. Construction has officially begun on the Querétaro Mexico Temple and the site of the future temple to be built in Barcelona has been announced.

The following are excerpted from news reports on each even from the Church News:

Led by a trio of General Authority Seventies from Mexico, the Saturday, Jan. 7, groundbreaking ceremony for the Querétaro Mexico Temple marked the start of construction for one of The Church of Jesus Christ of Latter-day Saints’ 23 temples in that country, reported ChurchofJesusChrist.org.

Elder Adrián Ochoa — a counselor in the Mexico Area presidency who was born in San Francisco, California, but grew up and was educated primarily in Mexico — presided at the services. He offered remarks and gave the dedicatory prayer on the site and construction efforts.

He was joined by Elder Benjamin De Hoyos and Elder Arnulfo Valenzuela, both assistant directors in the Church’s Temple Department and natives of Mexico.

The three were accompanied by their wives for the ceremony, conducted under clear skies and a warm winter sun at the temple’s site in Querétaro City. Also attending at the site were special guests — including government, education business and religious leaders — and local Church leaders and members.Elder Ochoa cited the late President Gordon B. Hinckley, who said that when God decides to build a temple in a city, He not only blesses the Church members there but also all who live in the area.

“God wants to bless this town and all the people who live in the cities that will make up the temple district,” Elder Ochoa said.

After offering the dedicatory prayer, he and his wife, Sister Nancy Ochoa, led guests and Latter-day Saints in turning shovelfuls of soil to symbolically represent the beginning of the temple’s construction, according to a report on ChurchofJesusChrist.org.

The First Presidency of The Church of Jesus Christ of Latter-day Saints has announced the site location for the Barcelona Spain Temple.

President Russell M. Nelson announced a temple for Barcelona during the closing session of the April 2022 general conference, one of 17 new temples identified that day.

The Barcelona site was released Monday, Jan. 9, on ChurchofJesusChrist.org. Detailed design plans for the temple are still being developed. Further information — including exterior rendering and groundbreaking date — will be announced later.

The 5.4-acre site is located northeast of the intersection of Avinguda de la Vía Augusta and Avinguda de la Clota in Sant Cugat de Vallès, a municipality north of Barcelona, Spain. Also planned for the site is patron housing, an arrival center and a distribution center.

The temple will be a single-story building of approximately 27,500 square feet, or about the size of the San Salvador El Salvador, Curitiba Brazil and Arequipa Peru temples.