Ground broken for new temple in Pago Pago, nearly 45 years after one was first announced for American Samoa | Meridian Magazine 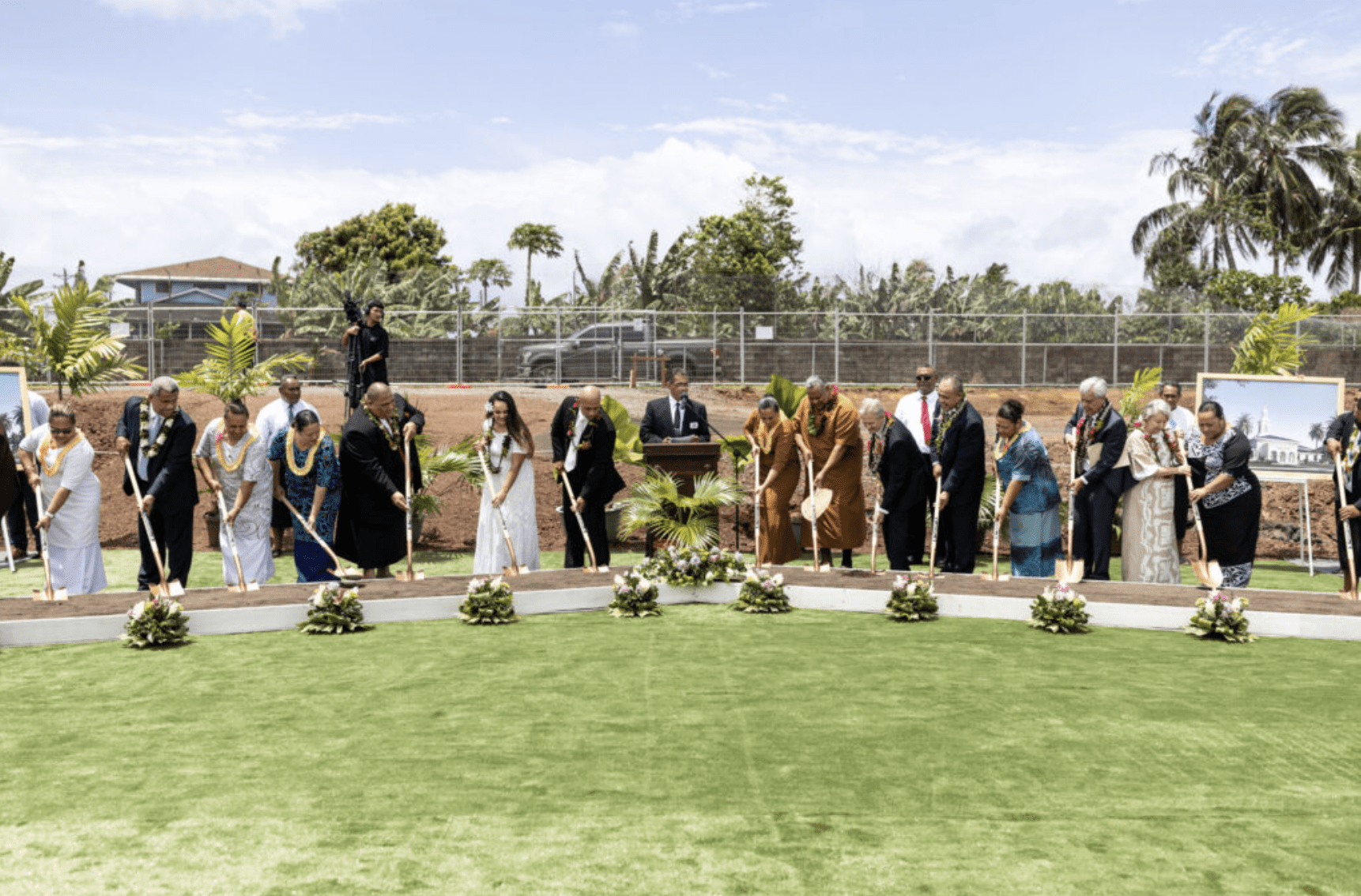 Ground broken for new temple in Pago Pago, nearly 45 years after one was first announced for American Samoa

Nearly 45 years after The Church of Jesus Christ of Latter-day Saints first announced a temple for the South Pacific island of American Samoa, a temple in the capital city of the U.S. territory is officially under construction following the Saturday, Oct. 30, groundbreaking ceremony for the Pago Pago American Samoa Temple.

“This is an historic day for the wonderful Latter-day Saints of American Samoa,” said Elder K. Brett Nattress, a General Authority Seventy and first counselor in the Church’s Pacific Area presidency, who presided at the event.

He was joined at the groundbreaking by Elder Faa’ipito Auap’au, an Area Seventy from American Samoa, and Elder O. Vincent Haleck, an emeritus General Authority Seventy and native of American Samoa, along with stake presidents and many other members and friends of the Church.

A temple was originally announced for Pago Pago in 1977. However, in 1980, when President Spencer W. Kimball announced temples for Nuku’alofa, Tonga, and Papeete, Tahiti, he also announced a change of location of a Samoan temple from Pago Pago, American Samoa, to Apia, Samoa.

American Samoan members have been regularly traveling to Apia to attend the temple.