Grant Shreve: I Fell Hard for the Book of Mormon But Did Not Convert to the LDS Church | Meridian Magazine 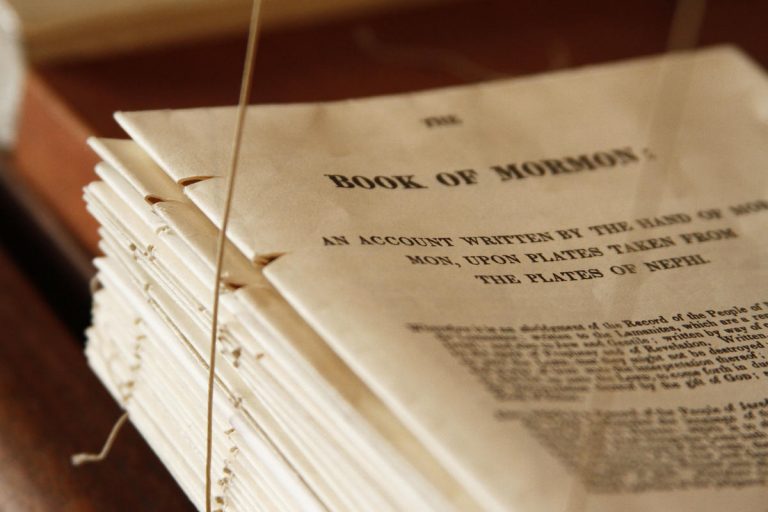 Grant Shreve: I Fell Hard for the Book of Mormon But Did Not Convert to the LDS Church

When I first picked up the Book of Mormon in preparation for a dissertation on religion and the rise of the American novel, I didn’t expect to fall in love with it. But I did fall — and hard — although not into the arms of the church. I did not, in other words, become a Latter-day Saint.

Mine was an aesthetic experience, not a religious one. The Book of Mormon gripped me in the same way Herman Melville’s “Moby-Dick” and Harriet Beecher Stowe’s “Dred” had years earlier. I’m a sucker for books that go against the grain, and the Book of Mormon went against just about every grain I knew. Its strangeness, its audacity, its rebuke to the tacit creeds structuring everyday life in antebellum (and contemporary) America, utterly thrilled me. In it, I felt I had discovered a singularly penetrative and searching intelligence. “How does such a book exist?,” I thought. And why isn’t everyone talking about it?

Encounters with the Book of Mormon like mine have been rare, historically speaking. From its inception, the book has more often been a tool for conversion and spiritual edification than an object of belletristic appreciation. Because of its inextricable attachment to a living, thriving, but often marginalized religious community, the Book of Mormon’s place within the academic humanities has been complicated, to say the least.

English departments, especially, have simply pretended it doesn’t exist, quietly building a wall of separation between literary studies and the Book of Mormon that, even though it never threatened the book’s status as a religious text, ultimately denied it its power as a literary one. In the past several years, however, scholars of American literature have become increasingly receptive to teaching and writing about the Book of Mormon as an essential part of American literary history, marking a momentous turning point in the respective histories of both the book and literary studies.

As the study of American literature became more professionalized after 1930, literary critics learned reflexively to dismiss the Book of Mormon as biblical parody. In 1932, the critic Van Wyck Brooks, echoing a long line of 19th-century critiques, called the Book of Mormon a “solemn parody of the Bible.” Three decades later, in his seminal study of American literature’s arrested adolescence, “Love and Death in the American Novel,” Leslie Fiedler parroted Brooks when he wrote that the Book of Mormon had “caricatured the Bible unawares.” Even today, it’s not hard to find scores of critics — professional and amateur, online and in print — who regurgitate this sentiment, whether or not they’ve ever read the book.

This history of dismissal underscores how significant it is that professors of American literature across the country are now assigning the Book of Mormon to students alongside such staples as “Leaves of Grass” and “The Scarlet Letter,” and that reputable scholarly journals in the field have begun publishing essays on it after decades of either quietly rejecting articles about the Book of Mormon or never receiving them in the first place.

The Book of Mormon is rich literature and is worthy of study as such, even when such study pays little attention to the book's religious tenets and the religious claims surrounding the book. Mr. Shreeve is likely correct that secular literary study of the Book of Mormon will likely yield few converts. But that does not mean that such study is without value. Those of us that accept the Book of Mormon as scripture could also benefit from a literary approach. It seems quite apparent that Nephi, Mormon, and Moroni carefully crafted literary themes that are intended to help readers draw parallels and conclusions that bring them to Christ.