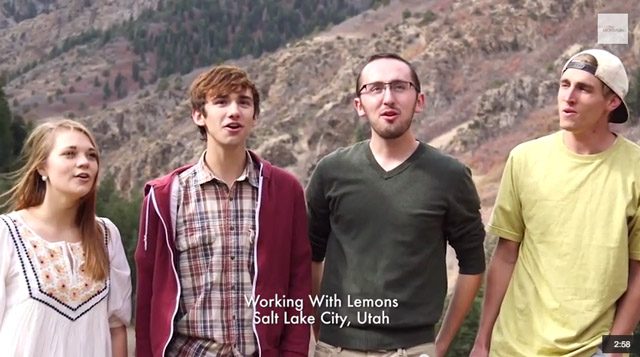 When David Archuleta invited singers to submit videos of themselves singing “Glorious” from Meet the Mormons so they could sing with him on a music video more than 420 responded from all over the world. 720,000 views later on Youtube, here is the final Fan Super Cut, just released on Friday. See it below the photos.