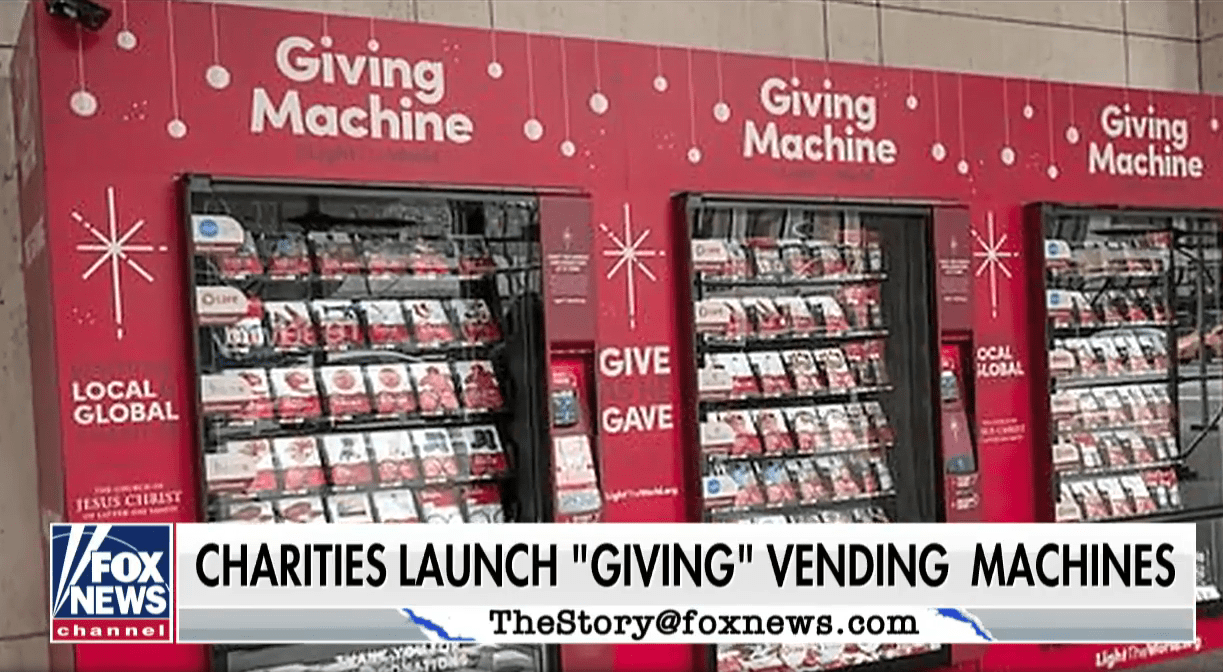 The Church’s exciting and unusual vending machines that offer the chance to give instead of get as part of the #LightTheWorld campaign are catching the attention of national news outlets all over the nation. With only one location last year, stationed in Temple Square in Salt Lake City, these Giving Machines were able to raise over $500,000 in charitable donations last year.

This year, the campaign has expanded and the machines have been additionally placed in Arizona, New York, London, and Manila. Their concept is simple, but powerful–filling Christmas with a new kind of giving that is presenting in a personal and interactive way–and it’s catching the attention of news outlets from NBC to Fox News and the UK’s Daily Mail.

See the Fox News report on the Giving Machines below:

Here’s another clever one:

How we give doesn’t matter as much as that we’re giving, but it’s exciting to see that the concept of Giving Machines is getting others even outside the Church excited to donate their time and money to #LightTheWorld in their own way this Christmas season.

This is truly an inspired program! I'm so proud to be a member of the Church of Jesus Christ of Latter Day Saints. ❤️