For Mid-Singles: The Power of Relationship Rituals | Meridian Magazine 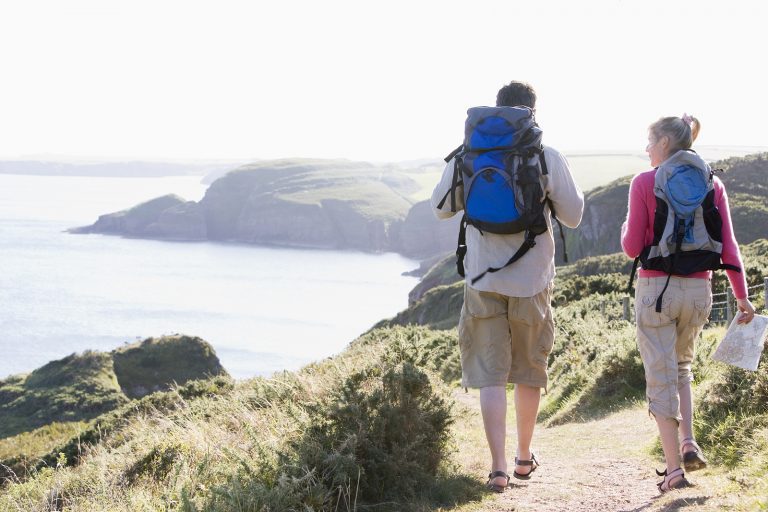 For Mid-Singles: The Power of Relationship Rituals

When my first wife and I had been married a year, we moved to the Samoan islands where I served as a law clerk to the Chief Justice of American Samoa. Although the job was amazing and living in the Samoan Islands was breathtaking, it didn’t pay very well and we had to budget almost down to the penny. I was paid every 2 weeks and spent lunch hour on payday calculating exactly how much we would have left for groceries after paying bills, tithing, and saving a little for a rainy day.

It became a ritual for my former wife and our baby (now 27 years old) to pick me up after work and go shopping for groceries. (Virtually everyone from the Governor on down is off work by 4:00 p.m. in Samoa.) At the time we lived in the islands, the largest grocery stores were just a little larger than a 7-Eleven. So, we had to go to six different stores all over our Island to find the things we wanted. It took the whole evening. It would be past dark and almost bedtime by the time we got home.

During these shopping trips, we would talk and connect. We would comment on the spectacular scenery. During these moments of connection, we watched the sun set over the South Pacific. At Twilight we would drive through picturesque little villages with little kids in lava lavas playing cricket or volleyball or swimming in the ocean. Every two weeks, we got to see a large portion of our beautiful Island as we hopped between grocery stores to find the items we wanted. It felt idyllic.

Especially in those early days, those shopping trips were something I really looked forward to. Even after moving back from Samoa, we continued this ritual of grocery shopping together. It was a mundane task but became a more meaningful ritual than that. It transcended the basic purpose and became something even larger and more important.

Fast forward 12 years. The first time my former wife told me she did not want me to come along on a grocery shopping trip, something told me our marriage was in serious trouble. It was. I can still remember the day it happened and how I felt. You wouldn’t think something as mundane as grocery shopping could signal the end of a marriage, but it was that significant.

Rituals can have a tremendous bonding quality for a relationship. Sometimes they evolve into existence organically and sometimes we intentionally create them. Either way, they are powerful. Relationship rituals, as I am writing of them here, are activities we engage in regularly together in a particular way. It can be anything from a special way of signaling each other when we are in public that others do not know to the way we celebrate Christmas. Rituals tend to have a transcendent quality. They are a powerful source of relationship or family identity. They are a way of purposefully creating elevated emotions, which can contribute to powerful bonding.

Because rituals are powerful, we need to be intentional in how we use them because we can also create negative associations that will harm relationships in a unique and powerful way. Christmas morning is generally not the best time to lecture your 13-year-old about the failing notice you received from his math teacher. It is not the time to address your brother’s drinking problem. Your child’s birthday celebration is not the time to have a blow up with your former spouse. While failing notices, alcohol addiction, and disagreements with your former spouse will always be unpleasant, associating those unpleasant issues with family rituals gives those unpleasant feelings eternal life. “Remember that Christmas Dad was mad at everyone and telling everyone to shut up?”

Kind of like entering the temple to perform holy rituals, when you enter a relationship ritual, it is important to put aside the imperfections of the world and treat that ritual as sacred or special. There will be plenty of time outside of an important relationship ritual to address the less pleasant elements of life that need to be dealt with.

You may find that rituals evolve organically in the relationship and one of the partners has failed to appreciate the meaning of the ritual to the other. It may cause pain to the partner when that ritual is cast aside or disrespected. It is worth paying special attention when you realize that your dating partner has attached a special meaning to the fact that you make tacos every Friday evening. Perhaps that signals the beginning of the weekend and the end of the work week and symbolizes reconnecting for the weekend. Maybe your work schedule changes, and you can’t do it at that time anymore. If you know this is something meaningful for your partner, discuss it and figure out a different time when you can repeat this ritual going forward that will preserve some of the meaning or create a new one. That little gesture of recognizing what the ritual means to your partner will create connection.

Obviously, not every moment can or should be ritualized. If every moment is considered sacred, then everything sacred is common. A big part of the power of rituals is that they are special and not common. There are small rituals we might practice every day. You might kiss when you separate for the day before one or both of you leave for work. Lovemaking is also a very powerful ritual for married couples and has the capacity to bind you together like nothing else. (Elder Holland even suggests that the word “seal” is related to this bonding.)

Our God is a God of rituals. He has given us rituals for cleansing, healing, repenting, blessing, uniting ourselves with Him and with our families, exalting, and bestowing divine power. By doing so, He has shown us the power of ritual to create identity in relationships and powerfully bind people together. God said of Israel, “And they shall be my people, and I will be their God:” (Jeremiah 32:38.) In the temple we get a very keen sense of this. At baptism we take upon ourselves our Savior’s name, which means being identified with Him.

What are those rituals that mean to you and your dating partner, “you are mine and I am yours”? Cathy and I met on Facebook on St. Patrick’s Day, so that is a special celebration every year now. There are certain other little anniversaries we celebrate. We happen to know the date of our third first kiss (long story), so we celebrate it. Celebrating those poignant moments reminds us of our history and who we are as a couple.

As you are dating and things become more serious, take special note of the power of ritual to create an identity for your relationship. After you marry, pay attention to the rituals in your relationship and honor them, and develop some rituals intentionally.