Fish Stories: Lessons for a World caught in a Grisly Pandemic | Meridian Magazine 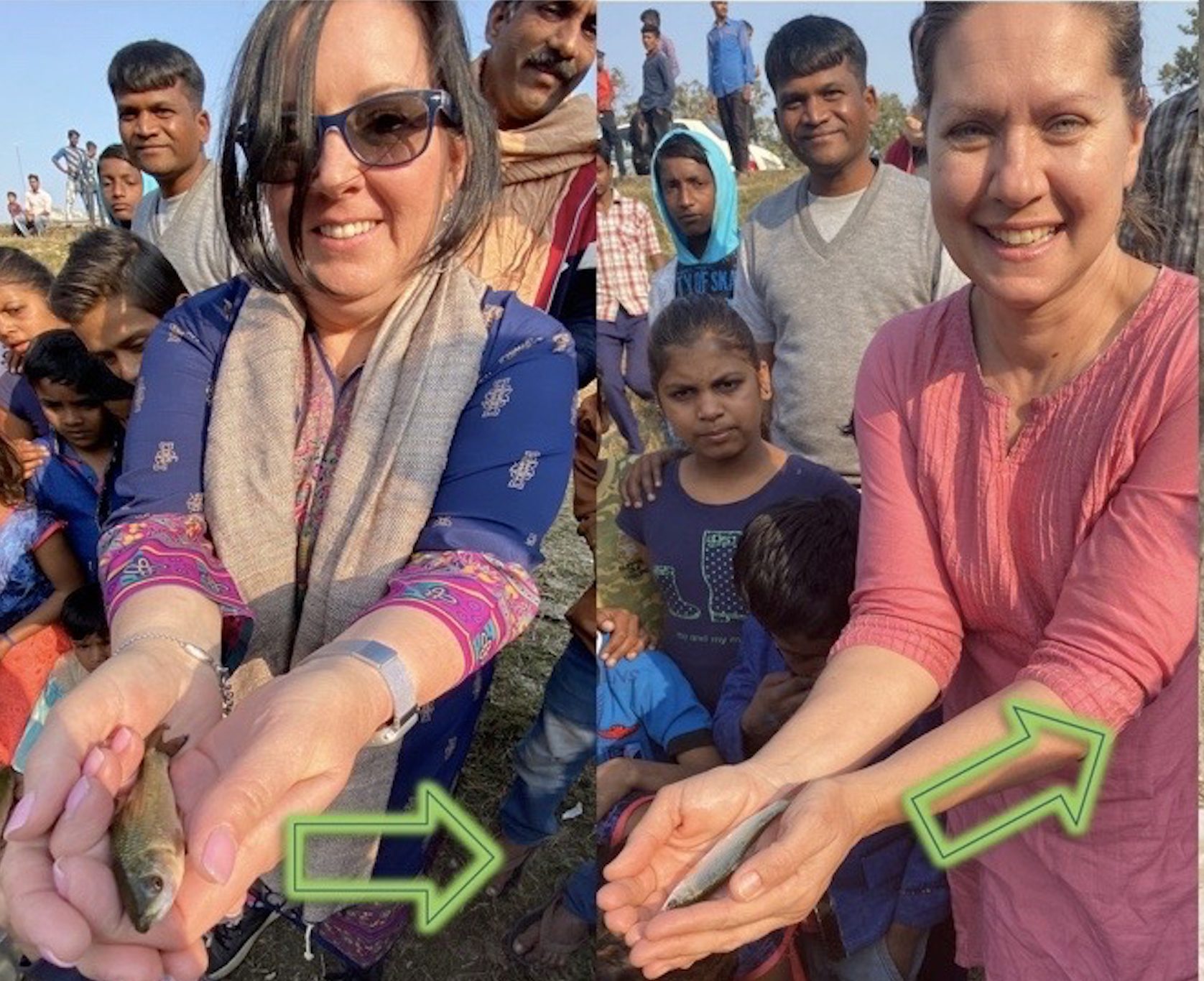 It was an eyesore and a health hazard. The pond of standing water in a low-lying area had become a mosquito factory, producing enough of these parasites to torment everyone in the leprosy colony. The waters were stagnant and murky. Mothers worried about their toddlers falling in. Several times ideas had been offered to drain it, but nothing ever came of them.

When Suku arrived to oversee the Rising Star Outreach school at the Sunderpur Leprosy Colony, he saw the pond in an entirely different light. He looked at it as a great opportunity. He cajoled the local young boys to clean the worst parts of it. He requested just $66 to buy some small fishlings. The fish were delivered in time for our Rising Star Volunteer session from the States to ceremoniously introduce the tiny creatures into the dark waters.

Gradually the local mosquito problem began to ease as the growing fish gobbled up the mosquito eggs and larvae.  Suku wisely installed a CCTV camera so that if anyone attempted to steal a fish, they would be seen and identified.

To clean the pond and support the fish, the project has cost a mere $226 over the past five months.

Today, just five months later, the colony got its first harvest! Incredibly, the camera had done its duty.  Not even a single fish had been stolen, even though the colony was experiencing an intense food shortage due to the Corona Pandemic.  In fact, the entire Sunderpur colony was dangerously on the edge of stark starvation.

There is a leprosy hospital in the Sunderpur colony. People come from hundreds of miles to this hospital to be cured of leprosy. I must say, it is one of the most pitiful “hospitals” I have ever seen. So why do they come?

This hospital was established back in the 1980s by Father Christdas as he was trying to save the leprosy-affected from a pogrom against leprosy-affected people in India’s desperately poor state of Bihar. He didn’t have enough money for doctors or nurses. Instead the patients at the Little Flower Hospital were treated by former patients who had been cured themselves. Over the years this hospital has treated 200,000 patients yet has never had a qualified doctor until the past few months when LEPRA partnered with Little Flower and finally provided a doctor.

Recently, because of the lockdown, Little Flower has struggled to provide sufficient food for the patients. Normally there are around 125 patients, but because of the Pandemic, there are currently only 45 patients. All new patients requesting admission are being turned away out of the fear of the spread of Covid 19.

Even on the best of days this hospital is dreary. Due to the poor air quality in Bihar, the windows are so dirty that hardly any light can filter into the room.  In this remote location electrical power is quite unsteady, often running only a few hours a day.  In the other hours, there is no light and even in the middle of the day the hospital is dark.  But worst of all, when there is no electricity there are no working fans. Temperatures can reach well into the hundreds and in these dark rooms, packed with up to 20 patients, the heat becomes dangerously oppressive.

As food funds began to dry up, and as food stores were depleted during the pandemic lockdown, the food situation at the hospital became quite desperate. The patients were confined to eating only lentils for every meal. Rising Star doesn’t have control of this hospital, but it is close to our school and we do everything in our power to help out when possible. We worried that it would be difficult for these patients to heal without sufficient protein and other minimal nutrition.

But then this week we harvested the first catch of 10-20 kilos of fish. What a blessing it was!  We donated it to the hospital and the patients had a delicious meal for the first time in weeks.  It provided a rare moment of rejoicing at a grim time when there is not much good news.

We are estimating that there are now a total of 300-350 kilos of fish remaining in the pond, worth around $900 were we to sell them in the local market!  We can gradually harvest these fish over the next few weeks. Even if our school resumes with its 185 students returning and the hospital returns to 100 patients, we can still provide this excellent protein to both students and patients once a week for eight weeks! In the middle of a nationwide food crisis, this colony and its hospital patients are actually eating meat!!!  We could possibly even begin a fund to eventually purchase a generator for the hospital, so that they can have fans and lights all the time.

Best of all, the adult fish are now seeding future harvests with new fishlings. The pond is no longer considered an eyesore, but rather, a well of hope.

At another fish microbusiness project years earlier overseen by our Chairman, Padma Venkataraman, another remarkable blessing was realized. At this time, the leprosy colony involved was also in dire straits, having no way to generate income other than begging.  Padma introduced a number of water buffalo to the colony as individual families each were granted a loan to buy a water buffalo.

Water buffalo need water, but this particular colony had no access to water.  There was a small pond nearby that was owned by another village.  You’ve probably figured out that in India leprosy-affected people and non-leprosy-affected people have very little interaction.  There is a terrible stigma attached to people with leprosy and villagers from other villages keep a distance.

In this case, the leprosy-affected, desperate to provide water for their water buffalo, asked the nearby village if their buffalo could use the pond to cool off.  This village was frustrated with their pond.  They had invested money to begin a fish hatchery but for some reason the fish never produced any offspring and the project was dying.  The leprosy colony offered to pay for access to the pond and the villagers figured, “Why not? We’re not making any other money on this worthless pond!”.

Access was granted and the water buffalo began to finally get the needed coolness to survive the intense heat of the Indian summer.  As the water buffalo crowded into the pond, to the surprise of the villagers, the fish in the pond suddenly started to reproduce like crazy!  It turned out that this particular breed of fish would only mate when the waters were stirred.  The water buffalo were fulfilling this need!

Thus, began a beautiful symbiotic relationship that has endured for many years, helping to erase the stigma of leprosy in this area as both villagers and colonists were benefitting from sharing the pond.

I think this is a beautiful example of how, by working together, stigmas can be eliminated, and all parties can be blessed. This pandemic is providing us just such an opportunity to lay aside our prejudices and reach out to others.  In the end we all benefit!

I love your stories. They show the difference between “someone should do something about this” and “I am someone; what can I do about this.” Thank you for the light you spread.

I'm sure they would appreciate that. If you visit RisingStarOutreach.org and click on the "donate now" button, you can donate whatever sum of money you would like and specify in the "special notes" section you can specify what you would like the donation to be used for.