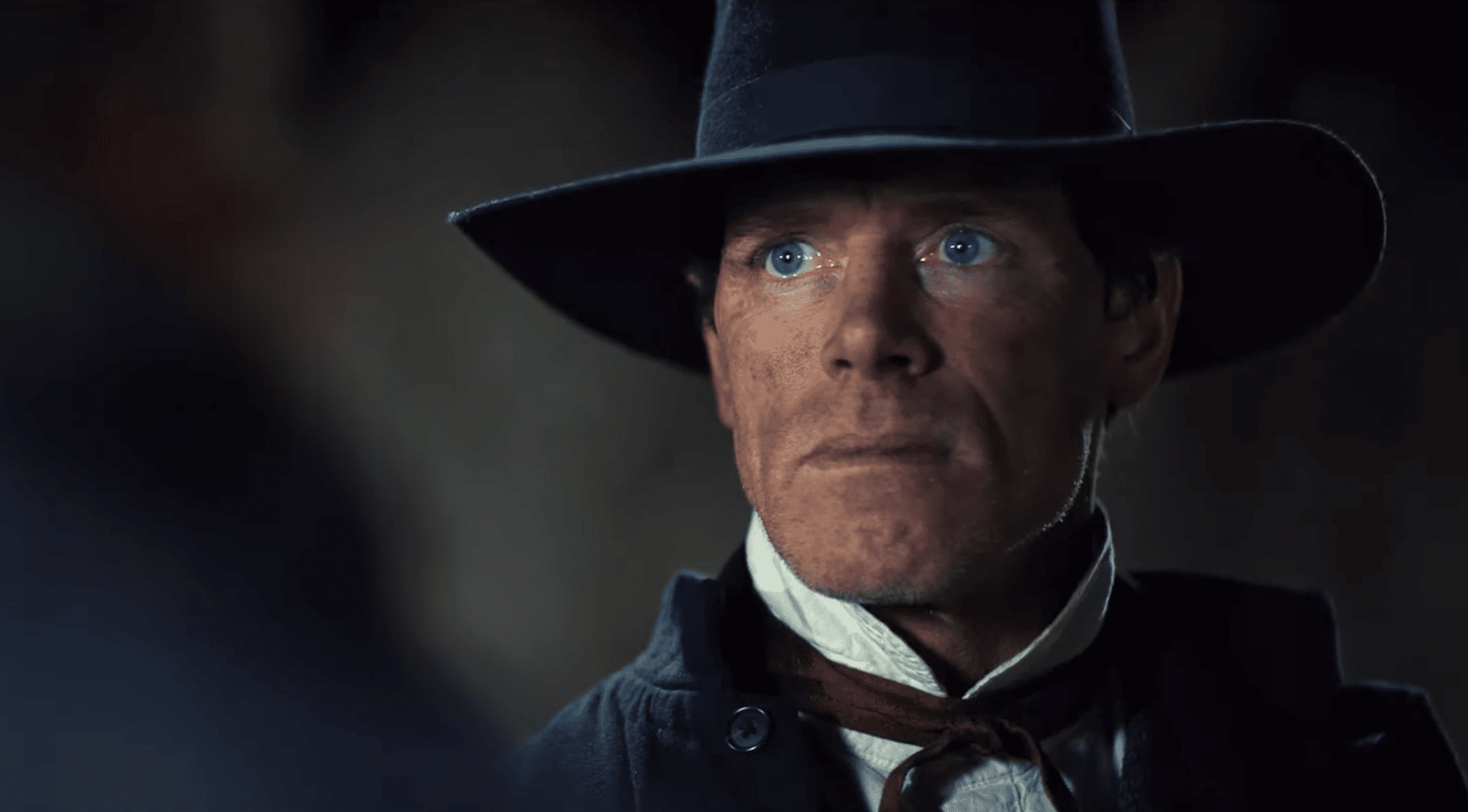 If you want to make sure ‘Out of Liberty’ comes to a theatre near you, CLICK HERE to fill in your info and zip code.

The film’s director will be presenting further on this film Saturday at 4pm at the SCERA Theatre in Orem, UT as part of the LDS Film Festival. To learn how you can attend, CLICK HERE.

Joseph Smith’s vulnerable and heartfelt entreaty to a God that seemed to have abandoned him from his huddled place in the darkness and dirt of the Liberty Jail, is an image from Church history with which many members are very familiar. We isolate that moment and are quick to quote the Lord’s answer that, “all these things shall give thee experience, and shall be for thy good” (D&C 122:7). But perhaps we don’t take much time to envision the reality of what that experience might’ve been like, nor think what it meant for Joseph and the other prisoners there to be cruelly incarcerated and not know the end from the beginning as we do now.

In his new film Out of Liberty, director Garrett Batty (The Saratov Approach, Freetown), takes a closer look at the events that took place in Liberty Jail and the turning point it was, not only for those that were imprisoned there, but for someone else we may rarely consider in that season of Church History.

“The story is told through the eyes of the jailer,” said Batty. “We know that at the time, those church leaders went through a great amount of suffering at the hands of the state and through this jailer Samuel Tillery. And yet we know that at the end of it, the jailer was instrumental in orchestrating their escape.”

So, somewhere along the way, something changed in this man that we know comparatively little about and that evolution is part of what this movie explores. In addition to this unique vantage point, the film is distinctive in its genre, departing from the quiet, historical drama you might expect and sitting squarely in the realm of a western jailbreak thriller.

See the newly released trailer for Out of Liberty below:

So, why tell this story in this way?

The project started with screenwriter Stephen Dethloff approaching Garrett Batty with a screenplay about the martyrdom of Joseph Smith. “It was a fantastic script,” said Batty, “but it wasn’t a film that I could afford to do so I suggested we look into the story of Liberty Jail and he came back with a draft of a script.”

Batty says that the interest of this piece as it evolved, with the additional writing help of McKay Stevens, was not only in having these amazing characters—people like Joseph and Hyrum Smith, Porter Rockwell and others—but in exploring how they were all singularly affected by the Liberty Jail experience. It is quoted that they all left there changed men.

“I looked at this as if it were an origin story,” says Batty, “So many of these characters are on the level of superhero to us and every superhero has their origin story; where before Superman puts on a cape, he’s got to discover who he is. Throughout the entire process, we continued to say ‘Is that the Joseph Smith we all know? Or is this the Joseph Smith that’s discovering himself?’ We always tried to go with ‘he’s discovering who he is.’”

We often take for granted that every prophet has a process and has to grow and learn line upon line not unlike the rest of us. Though there are other scenes from Joseph’s life we could easily cite as formative, this one was certainly a turning point and a proving ground that would shape not only all those who were with him, but would shape who Joseph Smith became as a man and a prophet.

“We can read about their escape attempts,” says Batty, “In the first several months, these men were trying to take things into their own hands and trying to escape and I think ultimately, after [Joseph] is in the pit of despair and receives those comforting words as recorded in the Doctrine and Covenants, I think we see him being willing to turn over all of that to the Lord and perhaps recognize his dependency on the Lord and his prophetic calling.”

We already see this beloved prophet of the restoration in a certain way, but it was still a journey for him to recognize himself in that way. This film explores a piece of that journey through the eyes of someone outside of the realm of a believer.

Batty says it was a challenge to know just how to cast and create the character of Joseph Smith in this film. Like any iconic character, everyone brings with them their own expectations of what he should look like and be like. “One of the exciting things we did is we cast somebody who was not familiar with Joseph Smith and was just looking at Joseph Smith as a historical figure. It was neat to see him process things on set about the human side of Joseph Smith.”

In addition, because of the setting and the genre, the ‘human side’ of these characters involved a departure from the way we sometimes picture them visually. “It was kind of fun to take some of these characters that we often polish up and put a back light on and say, ‘No, these characters have four months worth of beard growth and dirt and grime and they’re just grungy.’ I loved it. I thought it was a riot.”

Batty says he also appreciated arriving on set for the first time and seeing the scale model of the Liberty Jail they had built for the shoot and having the reality of the place truly come to life for him. “It’s really a small building,” he said, “and this jailer; that was his job and his livelihood to go and sit there every day and suddenly he gets these six prisoners that disrupt whatever his day-to-day duties are. [Seeing it for the first time] was really kind of a moment that I’ll cherish.”

Through the eyes of this jailer, an audience already familiar with some of the experiences of Liberty Jail will understand in a different way what the public opinion of the day was, as well as how, despite that opinion, someone might be swayed towards offering aid even as the state of Missouri was swayed further and further toward the persecution and destruction of the saints.

This was a crucial moment in the lives of all who were involved and the kind of emotional shifts and psychological changes that took place as a result, not to mention all the action and inherent drama of the experience, is the stuff of truly compelling films.

The cast is headed up by Jason Wade (17 Miracles), who plays Samuel Tillery and features Corbin Allred (The Saratov Approach) as Porter Rockwell and Casey Elliott (who you may recognize from the musical group GENTRI) as Hyrum Smith.

After screening an early cut, the film secured a theatrical distributor.  Brandon Purdie, head of Purdie Distribution shared his reason for immediately picking up the film. “We are thrilled to bring this entertaining and beautifully told story to theatrical audiences.  It’s as intense as it is compelling. Like they did with The Saratov Approach, we anticipate audiences across the country will want to experience this authentic, genuine and heart-pounding western.”  The film is set for a Fall 2019 national limited release.  “We will take the film to areas where audience interest is high.”  Starting today those that want the film in a theater near them can add their email and zip code to www.outofliberty.com

This is turning out to be a great year for Mormon Cinema OUT OF LIBERTY coming as well as the sequel to THE OTHER SIDE OF HEAVEN and T.C.'s THE FIGHTING PREACHER. Now let us hope the Church members will support these efforts in large numbers.

Looking forward to seeing what is sure to be a great film. Garrett Batty always gives us a cinematic treasure. I'm excited to hear him and other LDS filmmakers talk about their productions at the LDS Film Festival at the SCERA Theater in Orem Friday and Saturday. ldsfilmfestival.org