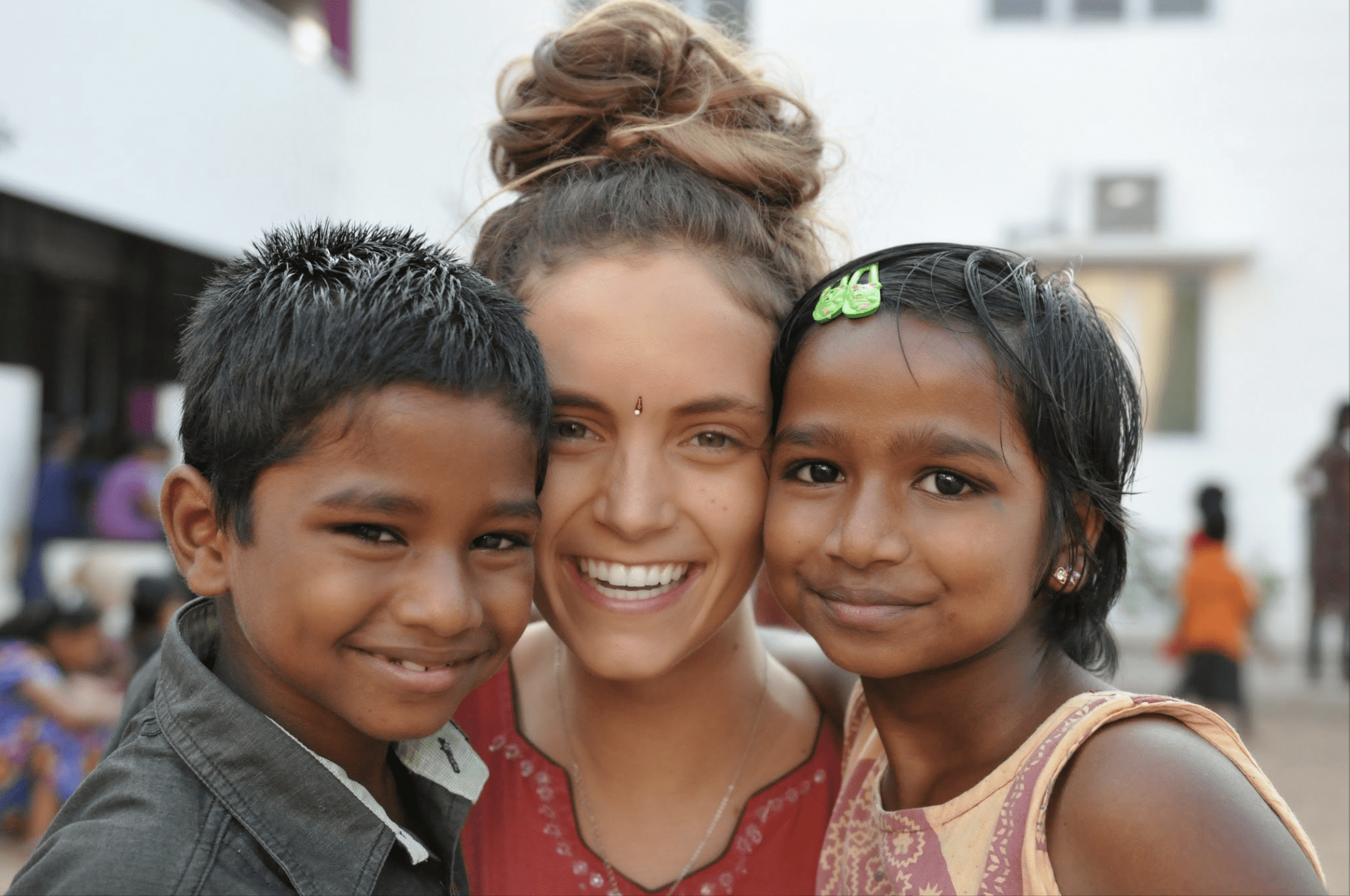 As we start the New Year, I’ve been reflecting on a couple of personal experiences that taught me a remarkable principal.  The first involved my beautiful daughter, Jolanta.  We had adopted Jolanta from an orphanage in Lithuania. Jolanta was completely paralyzed from the chest down. She had been the victim of such terrible child abuse that the state had removed her from the care of her mother.  As a result of this abuse, she had become an elective mute, as her self- protective way of withdrawing from the world.

When Jolanta arrived in our home she was nine years old. It was so heartwarming to see how the ward received her. Many came to visit her, even though she never spoke to them or acknowledged them.  Many brought her gifts that they thought would help draw her out, things like craft projects and beautiful new clothes and toys. Nevertheless, progress was slow.

Then a wonderful thing happened. Since Jolanta was wheelchair bound, we had enrolled Jolanta in a special needs athletics program. She participated at first, half-heartedly. Then her team decided to participate in a service project to help other more severely affected special needs kids. She reluctantly attended.  Once there, to our surprise, there was a complete transformation.  She immediately became warm and friendly to the other special needs kids as she reached out to help them.  We saw a new Jolanta! Instead of her being the needy one that others needed to serve, she was now the one that was empowered to lift and help others.  I personally pondered about how interesting it was that her helping others was many times more effective in her own healing process than all the many kind acts that were done FOR her by others.

The second experience I was pondering was repeated over and over again.  In my work in India with families affected by leprosy we have had more than a thousand volunteers come to help us. These volunteers usually arrive very excited and determined to bring healing to an economically, medically and socially oppressed population.  It is very interesting to talk to the volunteers three weeks later, before they leave to return home.  Almost universally they say something to this effect. “I came here to heal others, but the truth is that I am the one who is the most changed! I am the one who has been healed!  I have a new sense of what matters, of personal purpose, and of empowerment to make a difference in the world.  My own problems have been put into their proper perspective. I never realized before how debilitating they were.”

Therefore, when I read Eric Weiner’s book, Gross National Happiness, you can imagine how excited I was to see the scientific explanation of this phenomena experienced by both my daughter, Jolanta and our volunteers in India.  Weiner compiles and cites hundreds of studies done on personal happiness.  The following are some of the fascinating things revealed by these studies:

The studies each compared two groups of people, who were essentially equal in education, age, religions, politics, sex and race. The only difference was that one group gave money and/or volunteered his or her time annually, but the other did neither.  The findings of these various studies were astounding:

And the list goes on and on, essentially showing over and over again that the person who either serves or gives, receives a much greater benefit than the person receiving the service or money. It is interesting that BYU gave Mr. Weiner an honorary Doctorate as a result of his work.

Our Protestant friend, Rev. Billy Graham, once shared a similar personal experience.  He writes: “To a woman who wrote me of the boredom that came into her life when her children were grown and gone from home, I replied: ‘In the past, your immediate family needed most of your time and strength.  Now you can extend the range of your love.  There are children in your neighborhood who need understanding and friendship.  There are aged people near you who are starved for companionship, blind people who cannot even enjoy the television you find so boring.  Why not get out and find the joy of helping others?’  Weeks later, she wrote again; ‘I tried your prescription.  It works!  I have walked from night into day!”  –  Rev. Billy Graham

This is an immutable formula. Research has shown that serving others creates a greater dopamine delivery in the brain.  Dopamine is the “feel-good” hormone. When I learned this, I shared this exciting information with my friend Debbie Harrison, who scoffed, “And we needed a scientific study to tell us that?  We Latter-day Saints have known that for years!”

It works!  I have seen it work hundreds of times in India. So, as we look at 2021 and hope that it will be a year of healing, we realize that we have the power in a very real sense to find our own personal healing.  And while we’re making resolutions, I am reminded of a stirring talk I heard Sis. Sharon Eubanks give (First Counselor, R.S. General Presidency). She ended by challenging us by sharing her own goals.  She said that we should pray to know the one thing that God would most like you to do each day.  She noted that that one simple resolution, if followed, would lead to a year of 365 things God wanted her to do in a year. She mused that she likely had 20 more years to live. If this one resolution were followed, she would have done 7,200 things that God would have wanted her to do, simply by doing one each day. What an amazing thought!

I believe it truly is the simple daily things that we do that create our own success, our happiness and our eternal destiny. To do one thing that God wants me to do today is a small thank you for Him granting me life this day. It’s my New Year’s resolution this year.  It’s simple.  It’s doable.  I’m going to record it in my gratitude journal, because it’s one way I have of showing gratitude to God for His many blessings. And I believe it can make all the difference!

I’d love for you to join me and share any experiences that result from this simple resolution.  Let’s make 2021 a year of personal growth, healing and drawing closer to God!

You can find it at Amazon. Put in Gross National Happiness, by Arthur C. Brooks. (Oops!) Lana--I'm astounded at your 900 hours of volunteer service a year. You go, girl!!

I love this article. There is so much wisdom in these stories. As I reflect on the Savior's life, i see a life of love and service. You have captured the essence of "pure religion and undefiled." Thank you so much for sharing these wonderful words.