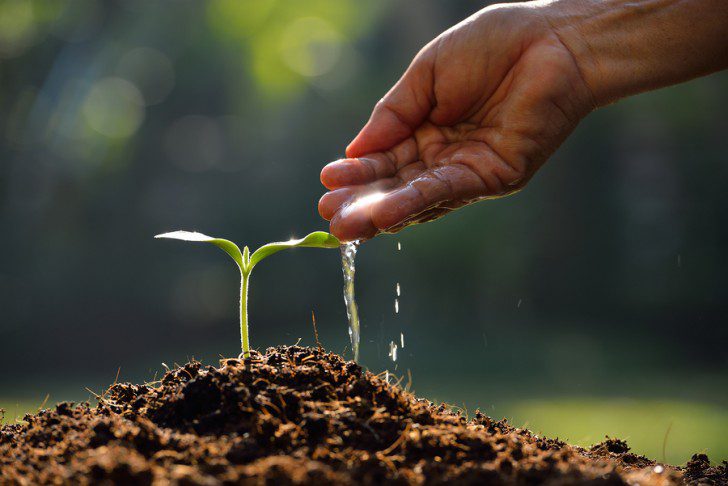 I think the most surprising part of Lehi’s– and later, Nephi’s—vision of the Tree of Life, is that some people hold to the rod and partake of the fruit, and then become ashamed and fall away (Nephi 4:24-28). You expect some folks to fall away before their destination, and others never even to attempt the journey. And, of course, we expect people to succeed in their attempt, taste the fruit, and stay faithful. But we feel particular pain and even confusion, in behalf of those who made it all the way, tasted of “the greatest of all the gifts of God,” and still chose to turn their backs on that incredible reward. They find it, but they don’t keep it.

It’s puzzling. But then, look at what’s happening right now. How many of those who are baptized, shortly fall inactive? Why is the average activity level in our wards only fifty per cent? How is it that so many returned missionaries fall away? How can you be so thrilled to find the truth, and then turn from it?

We all know the answers. The first was best summarized by a man I once heard, who said, “The reason people fall away from the church is the same reason they fall out of bed—they’re not in properly.” And, without question, even a returned missionary can fall prey to the shallow roots problem of not ever having had a genuine testimony. Surely there are some who are baptized without honestly feeling a witness from the Holy Ghost. Thousands of members are just “cultural Mormons” who never had that turning point when they knew, solid and sure, that the church was true. These are the souls Satan marks as easy targets—they can be blown down like a house of straw.

Another reason is accommodation. They know it’s true, but they have family pressure that makes attendance a point of contention. Or they don’t wish to live the commandments fully, and feel too guilty to attend. (Yes, they should still come, but they don’t.) Maybe they know it’s true, but they don’t want to commit to that much involvement, that much time. Or they’ve been offended and they choose to nurse those hurt feelings rather than renew their baptismal covenants each week. Maybe they’ve fallen into the habit of not attending, and lack the drive to come back. Sometimes we accommodate our weaknesses even more than our schedules or other demands.

Another reason can be that they don’t have friends or feel needed. This is why President Hinckley told us that new members need a friend, an assignment, and to be “nurtured by the good word of God” (Moroni 6:4). Too many new members feel all the flurry of attention has died down, and there’s no place for them to serve and get involved. Yes, we can say that you have to walk on your own at some point, but shame on us for not extending the hand of friendship whenever we can. Every time I hear about an “unfriendly ward” where people lived for months without a visit or a calling, I cringe. And anyway, Christ has never once told us to walk on our own, has he? He has always been there to help us. Should we be any different?

Rekindling the faith of one who has fallen away does not always need to be grandiose. Simply inviting someone to come and sit with you at church, or to help you teach an evening Relief Society class, or to sing in the choir, can be the turning point. Maybe they’re just waiting for one person to care.

I recall watching a training video in Ward Council, in which Elder David A. Bednar spoke of tremendous success he had in bringing people back, simply by going to their homes and asking them to share their initial conversion story. He would ask them if they’d like that power of the Priesthood again to bless their life, and the lives of their children. Sometimes they just need to remember what it felt like when the Holy Ghost told them this was Christ’s true church, restored.

Satan has mastered the art of lulling us into a state of complacency. He uses laziness, self-pity, distractions, and cynicism to get us to miss a few times, then quickly points out that you’re still doing fine, so why go back now? And the next thing you know, years have passed. New habits have replaced old ones. It’s easier to maintain the current state than embark upon a new one even if we know better.

We see the same phenomenon with temple attendance. How many endowed members become lax in their attendance, allow their recommends to expire, and then just roll along without that blessing in their lives? Too many.

I love what President Hinckley said in his April Conference address of 1999, Find the Lambs, Feed the Sheep: “There is absolutely no point in doing missionary work unless we hold on to the fruits of that effort. The two must be inseparable. These converts are precious. Every convert is a son or daughter of God. Every convert is a great and serious responsibility. It is an absolute imperative that we look after those who have become a part of us. To paraphrase the Savior, what shall it profit a missionary if he baptize the whole world unless those baptized remain in the Church? (see Mark 8:36).”

We often rave about how many baptisms there are in one village, or one area of the world. As if on fire with the Spirit, whole communities line up and missionaries are thrilled. But perhaps we should remember President Hinckley’s words and give equal applause to those flocks who stay. And the local members who work to make it so, long after the missionary is gone.

Finding the church is often the easy part. But keeping it is tricky. Once we taste of the fruit, let us turn to those around us and hug them, rejoice with them, buoy them up when trials appear, and remind them of what they know is true. When we see someone drifting away, let us run after that lost sheep and bring them back. There’s infinite room under that tree. And better still, infinite joy.

Exceptionally well worded and written from experience of working with people - as always.

Thanks for this timely article. I will use some of your insights for my talk in Church tomorrow.