Faulty Assumptions about the Book of Abraham | Meridian Magazine 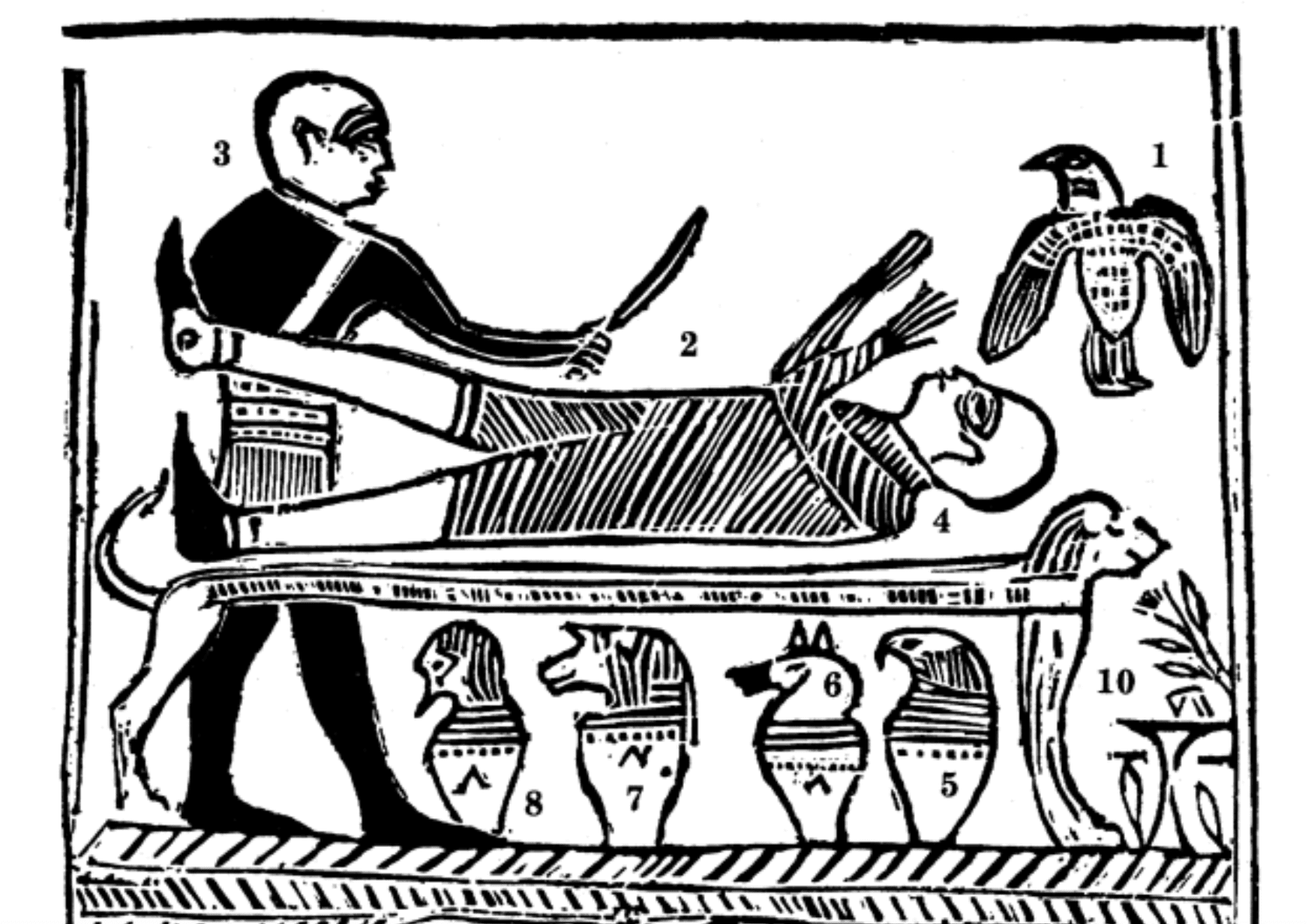 As was mentioned in the last column, it was almost universally assumed that all of the papyri Joseph Smith had once owned had been destroyed in the Great Chicago Fire of 1871. Thus many were surprised when the papyri surfaced in 1967. One of the papyri fragments contained the drawing which was the original source of Facsimile One. This papyrus drew the most immediate interest.[i]

Part of the reason this fragment drew so much attention was because of the possibilities it suggested. It seemed that perhaps we could now test Joseph Smith’s revelatory abilities. Many members of the Church assumed that the text on the papyri which surrounded the original drawing of Facsimile One was the source of the Book of Abraham. Many supposed this would give them the chance to demonstrate Joseph Smith’s prophetic abilities. Anti-Mormons also assumed that the text adjacent to that drawing was the source of the Book of Abraham and were excited about the opportunity to disprove Joseph Smith’s prophetic abilities.[ii] Sadly, neither of these groups took the time to carefully and rigorously examine their assumptions. Thus, when the text was translated and we learned that it was a fairly common Egyptian funerary document called the Book of Breathings, many felt that they could now demonstrate that Joseph Smith was not an inspired translator.

This, probably more than anything, has caused confusion regarding the Book of Abraham. Much of this confusion comes because so many don’t even realize that they have made an assumption about the source of the Book of Abraham. For them it is just a given that Joseph Smith translated the text adjacent to Facsimile One when he was dictating the Book of Abraham to his scribes. Failure to realize that an assumption has been made is not only poor scholarship, it makes it impossible to come to any meaningful conclusion. Ironically, not realizing one has made such an assumption causes one to think that he has found solid proof when instead any conclusions reached are fully unreliable.[iii]

The remedy is to be explicit about the assumptions and then test them. If things had been done correctly, instead of writing and speaking about research based on unstated and unnoticed assumptions, all involved should have done their homework.[iv] For instance, it is natural to presume that the text surrounding a picture has something to do with the picture. The problem is not in making this assumption, since research cannot move forward without a hypothesis, but is in failing to take the next necessary step: testing that presumption. After the logical first step of presumption, the next step should have been to examine whether or not we had evidence that could support or discredit the conjecture. This is the step that almost everyone has failed to take.

It is surprising how much stock has been put in the opinions and writings of people who either never realized they were making an assumption or who chose not to investigate that assumption. Almost all of the discussion about the Book of Abraham stems from the assumption that the writing surrounding the drawing of Facsimile One is the source of the Book of Abraham, an assumption that almost everyone swallows without thinking. In this way, people have opened themselves up to an academic hoax. They willingly or unknowingly allow themselves to be deceived by accepting an untested hypothesis as fact. As a result, many have gone through academic and religious confusion because of a faulty method.

So how should we test the assumption? The first step should be to examine the text itself to see if it contains any clues about its relationship with its associated pictures. The second would be to examine similar papyri from the same time period to see if the texts and their vignettes were typically adjacent to each other. The third way to test this assumption would be to examine the accounts of eyewitnesses who saw the papyri and knew from what material Joseph Smith said he was translating. Modern speculations about the extant papyri or the role of the Kirtland Egyptian Papers in the translation of the Book of Abraham must take a backseat to eyewitnesses during Joseph Smith’s day.[v]

Elsewhere I have dealt with the first two methods of testing the assumption, and while they do not demonstrate the assumption to be false, they do show that we are not safe in making the assumption. Both the text itself and contemporary papyri suggest that the text next to the vignette was not necessarily associated with it.[vi]

I have also published an extensive article that fully examines the eyewitness accounts of the papyri during Joseph Smith’s day.[vii] Here we can give just a few highlights. Most people who saw the papyri and heard something about the source of the Book of Abraham did not specify whether that source was on the scrolls or the fragments. Here are some examples from the few that did:

One witness wrote that Lucy Mack Smith showed her the papyri and “opened a long roll of manuscript, saying it was ‘the writing of Abraham and Isaac, written in Hebrew and Sanscrit.’”[viii] This was after the fragment with Facsimile One was already mounted on paper as a separate piece.[ix]

Another who was shown the papyri by the Prophet’s mother said “She produced a black looking roll (which she told us was papyrus) found upon the breast of the King, part of which the Prophet had unrolled and read.”[x] This was also after Facsimile One and the other fragments with associated text was mounted separately.

Even later than this, another girl who frequently saw the papyri as a child said “in the arms of the Old King lay the roll of papyrus from which our prophet translated the Book of Abraham.”[xi]

I have spent many years gathering every eyewitness account I can find. I am sure there are some out there that I haven’t found, but there can’t be many. Based on the testimony of the eyewitness accounts, it is clear that to the extent that the translations came from the papyri (an idea that is possible, but not sure, and to which we will return in a future column) the long roll was the source of the Book of Abraham. To argue otherwise is to argue against the only historical evidence we have. It is possible to interpret the eyewitness accounts in a different way, but it requires a certain amount of mental gymnastics and reconceiving of the evidence, and is not preferable from a historical point of view. I also speak about this in my recent book, Let’s Talk about the Book of Abraham.

As we will discuss in future columns, the relationship between the papyri and the Book of Abraham is not clear, and thus we cannot say what the source of the Book of Abraham is. We can say what it is not: it is not the text adjacent to Facsimile One. Anyone who writes differently is trying to ignore or reinterpret the historical evidence.

[i] For more information the reader can listen to a series of lectures by the author, available on CD, entitled “Understanding the Book of Abraham, a Guided Tour,” published by Covenant Communications.

[iii] For more on this, the reader can read or listen to a speech by the author found at http://devotional.byuh.edu/media131112

[iv] Examples of research that pursues unquestioned assumptions are Grant H. Palmer, An Insider’s View of Mormon Origins (Salt Lake City: Signature Books, 2002), 16; Wesley P. Walters, “Joseph Smith Among the Egyptians: An Examination of the Source of Joseph Smith’s Book of Abraham,” Journal of the Evangelical Theological Society 16 (1973), 25-45, especially 33; and Charles M. Larson, By His Own Hand upon Papyrus: A New Look at the Joseph Smith Papyri, 2nd ed. (Grand Rapids, MI: Institute for Religious Research, 1992), 199–226, 151.

[vii] Kerry Muhlestein, “Papyri and Presumptions: a Careful Examination of the Eyewitness Accounts Associated with the Joseph Smith Papyri,” Journal of Mormon History 42/4 (2016): 31-50.

[ix] See Kerry Muhlestein and Alex Baugh, “Preserving the Joseph Smith Papyri Fragments: What Can We Learn from the Paper on Which the Papyri were Mounted?”, Journal of Book of Mormon and other Restoration Scripture 22/2 (2013), 67-83.

Do you have the first hand account of Warren Foote from his journal? He and his father visited Joseph Smith, saw the mummies and saw the papyri and gave a limited description of the writing.

Thank you for your research, books and articles on this subject. I have never been able to figure out what all the fuss was about regarding the Book of Abraham. A real tempest in a teapot.