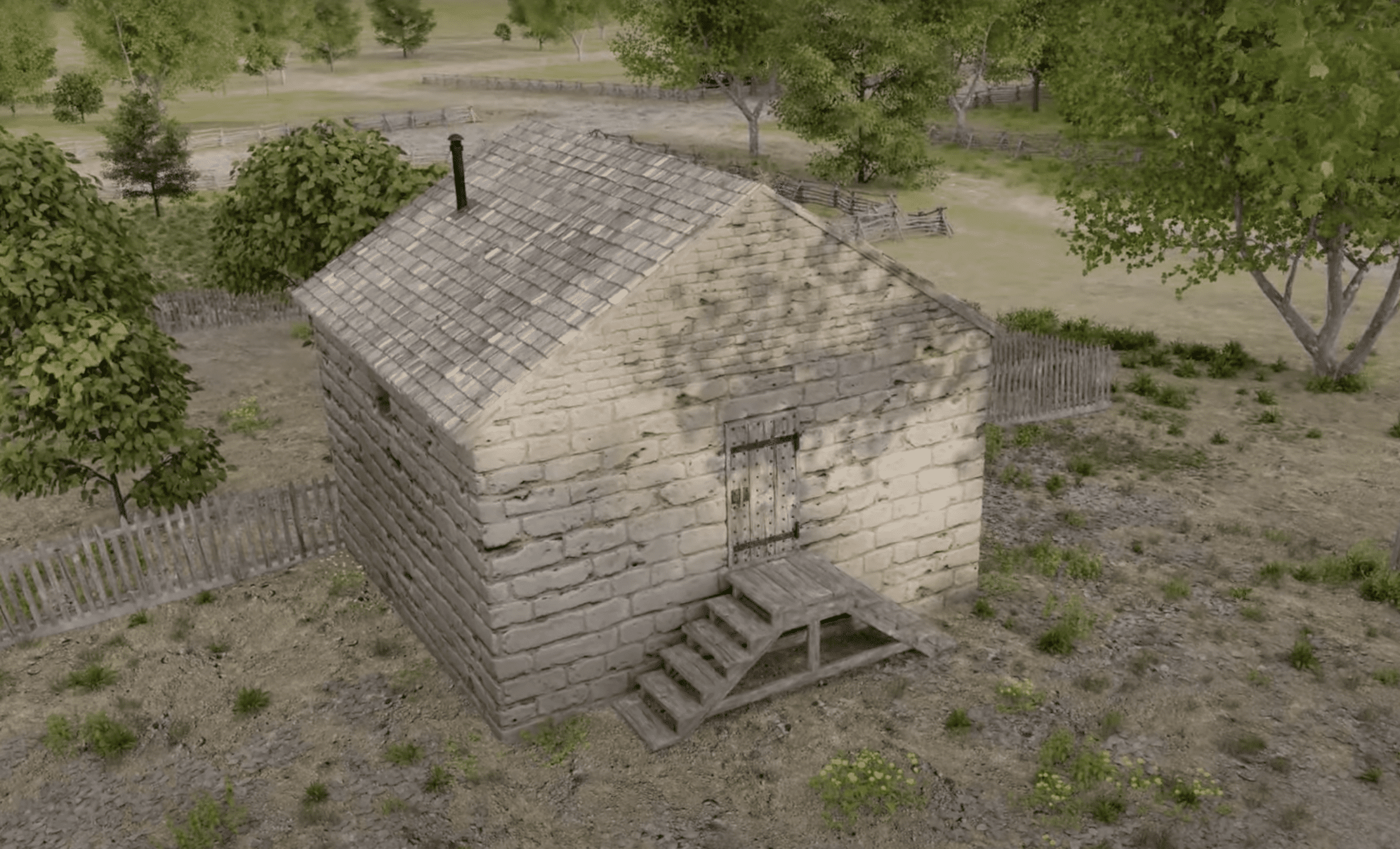 View the original post on Book of Mormon Central.

How can people better experience and understand events in Church history? Historical events can sometimes be difficult to picture because the modern world is so different from the world of the past. But recently, Casey Paul Griffiths and the Book of Mormon Central (BMC) video team came up with the idea to create a 3D model of Liberty Jail. This 3D model would provide an immersive experience to help people understand what the prison might have looked like in Joseph Smith’s time.

In a video documenting the process of creating this 3D model, Casey Paul Griffiths and members of the BMC video team traveled to Liberty, Missouri, to visit the Historic Liberty Jail.

Visiting Liberty Jail was a powerful experience. After his visit, Casey said, “Seeing the recreation of Liberty Jail in the visitor’s center was an overwhelming experience. And… we got some good measurements and ideas to help us build our 3D model and better visualize Joseph’s harrowing experience.”

In addition to visiting the recreation of Liberty Jail in Missouri, Casey sat down to talk with Dr. Alex Baugh, an expert historian of Liberty Jail. Dr. Baugh explained more to Casey and his team about the construction of the jail, what Joseph’s experience would have been like, and clarified some popular myths about the prison as well.

With all this information on hand, the BMC video team was ready to create the 3D model of Liberty Jail.

When asked why the idea for this model came about, Daniel Smith, of Book of Mormon Central, pointed out, “Currently, the only way you can see the Jail is in the visitor’s center in Liberty. While it is an amazing replica, you can’t go inside, and because half the building is gone (to make the cutaway) it can make it difficult to fully understand what the space actually feels like. This also means that members from around the world that may not be able to visit Liberty, can’t visualize it in person. This 3D model now allows anyone in the world to experience this sacred place.”

Daniel, along with a BMC service missionary, Elder Ducos, worked for several months to create the 3D model of Liberty Jail. The final result gives a person an immersive experience of walking into Liberty Jail and seeing it as Joseph Smith and his fellow prisoners might have seen it.

With the Liberty Jail model ready to go, Casey Griffiths returned to visit Dr. Baugh with Elder Ducos and the completed model. Along with showing Dr. Baugh a video of the model, Casey also demonstrated how to access the model through ScripturePlus, an app that gives people an interactive way to study the scriptures and supplement their study with various types of resources.

A New Perspective of Liberty Jail

The experience of creating Casey’s documentary-style video and the 3D model of Liberty Jail was a powerful one for those involved. Near the end of his video, Casey shares, “While the prison walls stopped physical objects from entering the building, it could not stop the Spirit from entering the walls and teaching Joseph Smith. In this sense, Liberty Jail was a temple, a place where God gives revelation and comfort.”

Looking forward to those who will use this Liberty Jail model, Daniel Smith says, “I hope they can better appreciate the significance of the site, and most importantly, the revelation received there. That we can find revelation and comfort in even the most difficult times of our lives.”

Zander Sturgill, a member of the BMC video team, adds, “While there’s a couple themes in the video, the one that came out the most, to me at least, in the video, was the suffering Joseph Smith would have endured while in Liberty for five months. When we see how small the jail was, it really does hit you that this was a major moment in Joseph Smith’s life. I hope people will see how strong Joseph and his friends’ faith were in the restored gospel, because they were willing to suffer prison for five months for the gospel.”

The Liberty Jail 3D model is available to view on YouTube, ScripturePlus, and Google Maps. You can also view Casey’s full interview with Dr. Alex Baugh by clicking below.

Myths and Facts about Liberty Jail – Interview with Alex Baugh